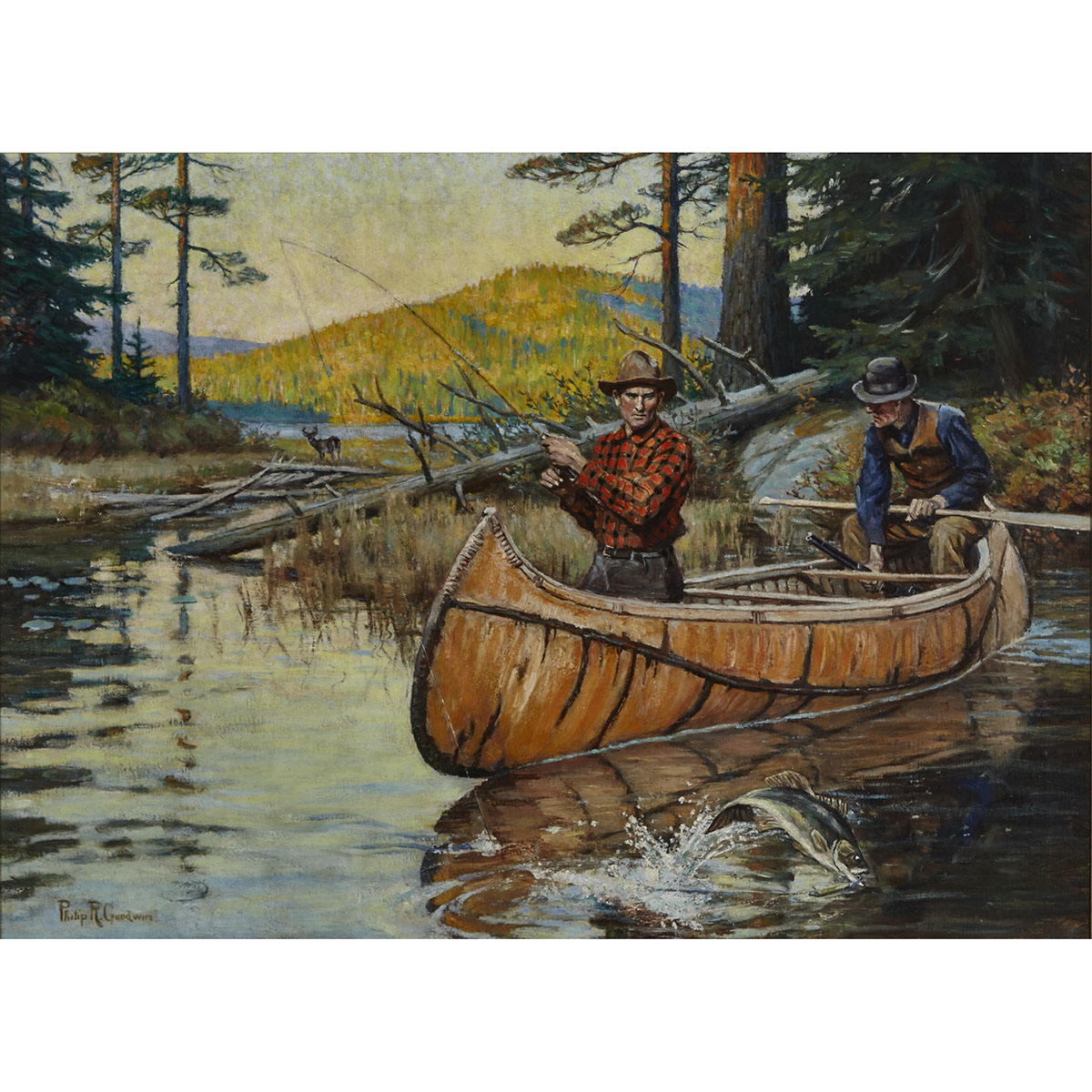 This painting was published as a colour print called “Luck for Two.”

Goodwin supplied publishers with completed oil paintings after he executed detailed watercolour sketches of the theme for approval. In general, the works were horizontally composed to allow for proper alignment on illustrated calendars. When complete, Goodwin’s finished oil works were sent to the publisher and then assigned to a printer. Goodwin’s oil paintings were kept by these publishers in the event that they could be used for future advertising projects.

Canoeing was one of Goodwin’s favourite pastimes; the artist could often be found paddling around Mamaroneck, New York. Likewise, canoeing was often the subject of the artist’s works. Waddington’s sold a similar work by Goodwin called The Big Thrill in June 2011. The Big Thrill likewise depicts two men, one dressed in the same red plaid shirt and the other man in the same vest, setting off in a birch bark canoe to track a moose traversing a lake.

Oil paintings by Goodwin are a rarity. Once used by a publisher, they were put into storage and sometimes forgotten or destroyed when companies moved or renovated. Thrilling Moments and the following two original paintings, lots 46 and 47, have never been on the market and have been buried in the present prominent Private Collection in Canada for nearly half a century.

Ex. Coll. Rolph-Clark-Stone Ltd.,Toronto, ON, until 1969;
Acquired from the above by the present Prominent Private Collection, Canada, circa 1969;
By descent 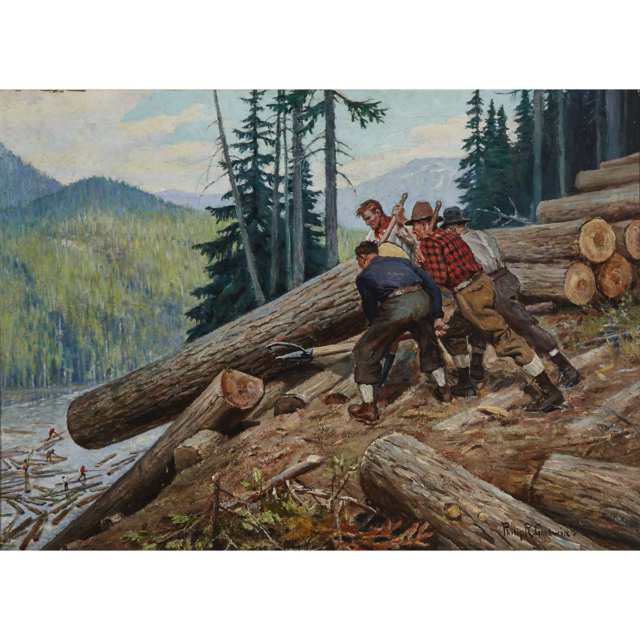 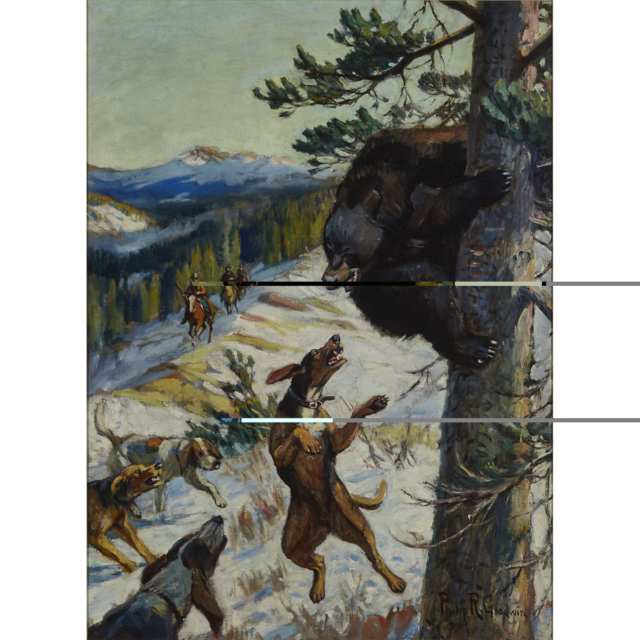 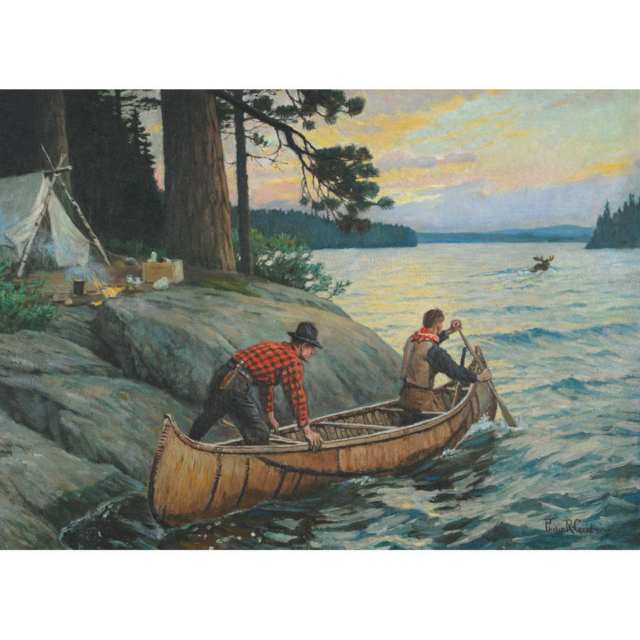