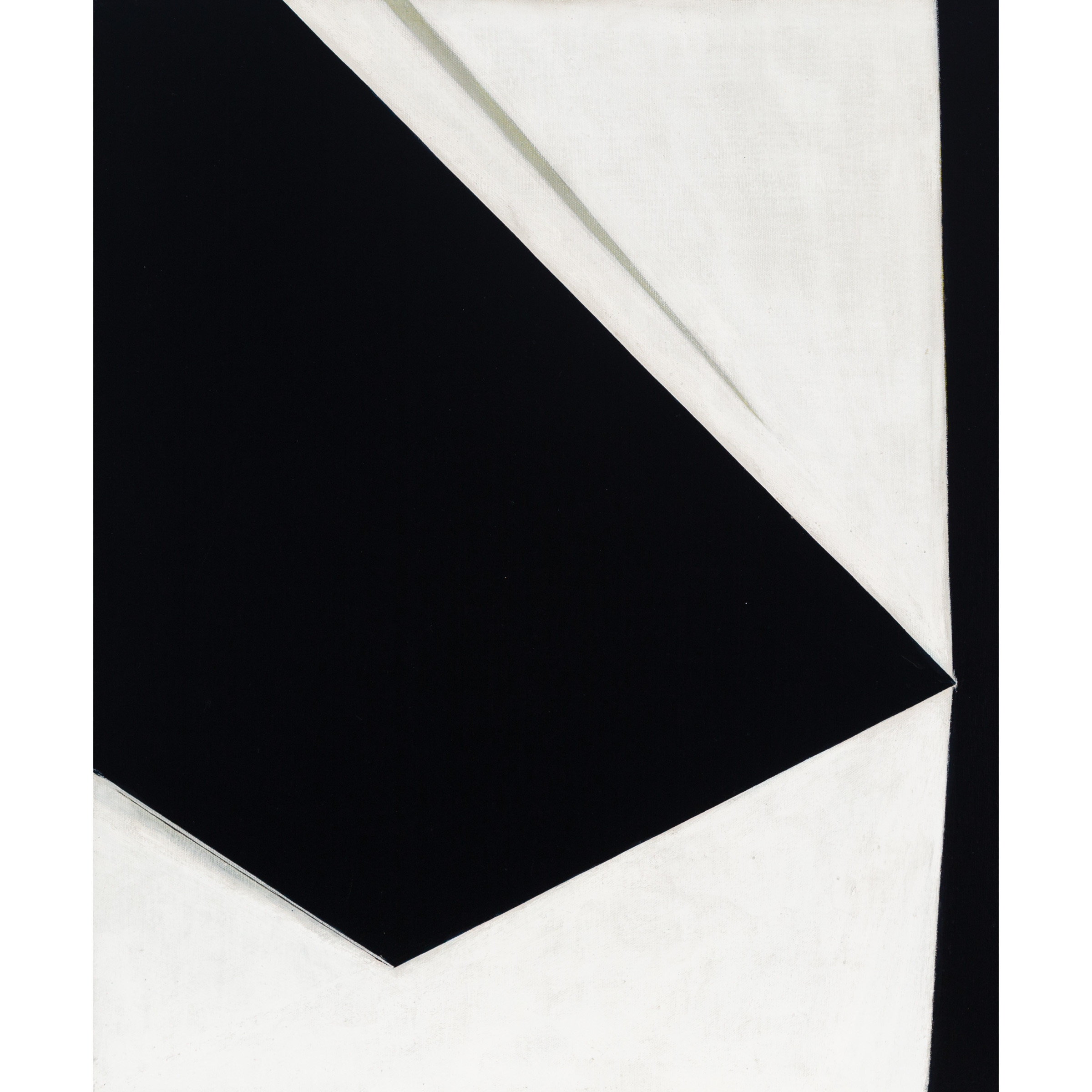 Rita Letendre (b.1928) demonstrated an early commitment to abstraction. Disaffected with the orthodoxy of the École des Beaux-Arts in Montreal, and having been introduced to Ulysse Comtois and Paul-Émile Borduas, from the beginning of the 1950s she had abandoned figuration altogether: “To make a painting showing a little house on a street, that doesn’t show life,” she said. “I wanted to show the joy of life, its difficulties, its power.” She was included in the final show of the Automatistes in 1954 when she was only in her mid-20s. From there, Letendre threw herself whole-heartedly into abstraction, creating powerful and forceful canvases.

Influenced by her work with murals and experimentation with lithography and silkscreening, Letendre’s works produced in the middle of the 1960s were a pronounced move away from thick, gestural brushstrokes of her earlier work towards the flattened and forceful hard-edged period she is best known for. Her paintings in this transitional moment are characterised by heavy contrast between light and dark, using oppositional tones to create dynamic feelings of movement and momentum.

The monochromatic Dynamique vs. Statique is a striking example of these sort of tensions. A huge black lozenge is jammed against a white field, nearly piercing through the edge at a single point: the white is bent outwards into a black void, straining from the force. A speared dash of grey emphasizes this dramatic forward thrust – and, along with a sliver of lower shadow, suggests an element of three-dimensionality carried over from her earlier use of impasto. There is a sense of a sudden lurch upsetting the stability of the painting, a surgical strike captured at the moment of impact. Compared to some of her wall-sized works, this is more immediate: a localized punch, delivered with urgency. Letendre delivers a visual and empirical tear through the canvas, a breakage of the stable primacy of the rectangle and an exceptional example of her practice.

Rita Letendre remains a force in Canadian painting, and is included in the collections of the National Gallery of Canada, the Musée d’Art Contemporain, Musée des Beaux-Arts, and the Royal Bank of Canada. She recently received a major retrospective at the Art Gallery of Ontario, a survey of a career that spans 70 years.