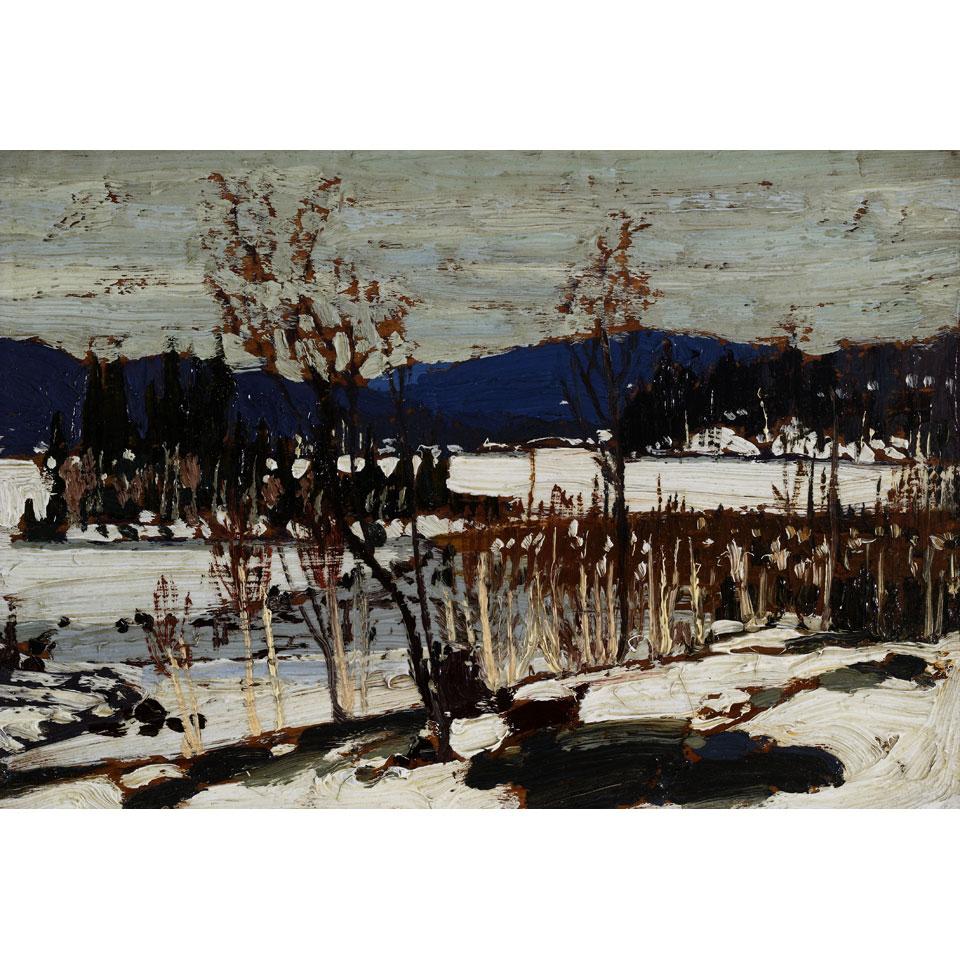 Although Thomson is inextricably linked with the Group of Seven — they did not formally join until after his death — he is often considered an unofficial member and his works often exhibited with theirs.

Despite his short career, Thomson’s work has had a great influence on Canadian art. Paintings like The Jack Pine and The West Wind have taken a prominent place in the culture of Canada and are some of the country’s most iconic pieces of art.

In 1917, Tom Thomson, age 39, went to paint in Algonquin Park in what was to be the last spring of his life. He arrived in the park early in April when the snow was still on the ground and sojourned happily there that season and part of the summer, engaging in two of his favourite activities: trout fishing and oil painting – sometimes doing both on the same outing. On July 16, his body was recovered from Canoe Lake.

One of the 20th century’s masters of oil painting in the sketch format, Thomson devised innovative methods to express his response to an environment he knew and loved. Viewing Algonquin Park early in the year, he was impressed by the colour he found in the snow and the quality of the light.

Thomson painted Winter Thaw on one of his excursions, probably overlooking Canoe Lake. The distinctive landscape with its northern trees informed his palette of colours (white, cream, black, browns, blues, earthy green, pink). Using abbreviations of form, he deftly captured the essential elements of the view – snow, ice, trees, distant hills, overcast sky – in a descriptive manner. Though his handling is bold, it also has a fluid delicacy, as we can see from his handling of the trees and bushes which poke up through the composition like so many exclamation marks.

This sketch demonstrates beautifully Thomson’s characteristically delicate touch. Here, as in other works, he created a lively interplay of panel and pigment by leaving some passages free of paint, thereby lending the work vibrancy and immediacy. In this tiny gem, Tom Thomson has managed to present a sparing, but spacious summation of the great Canadian north. 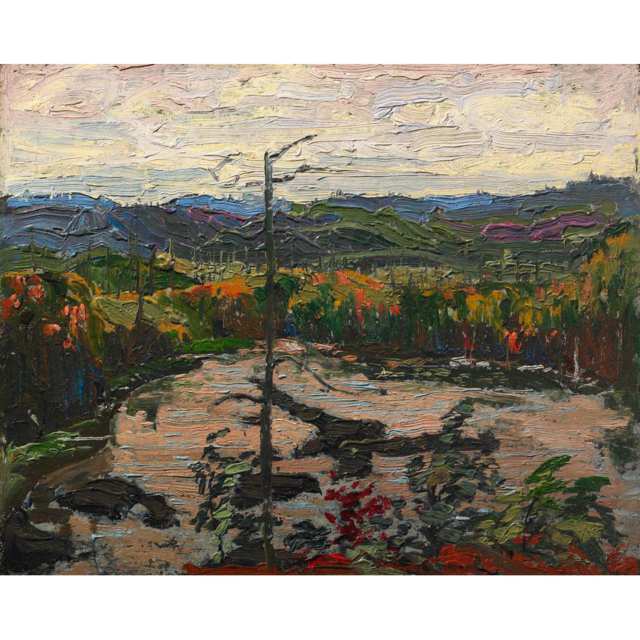 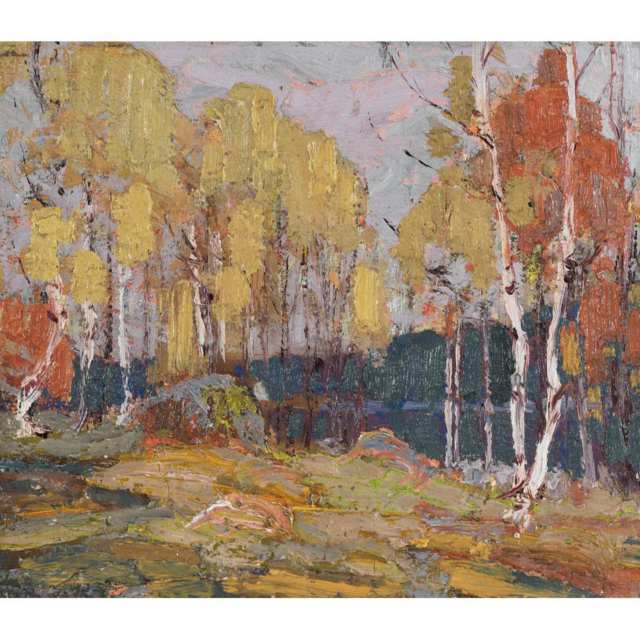 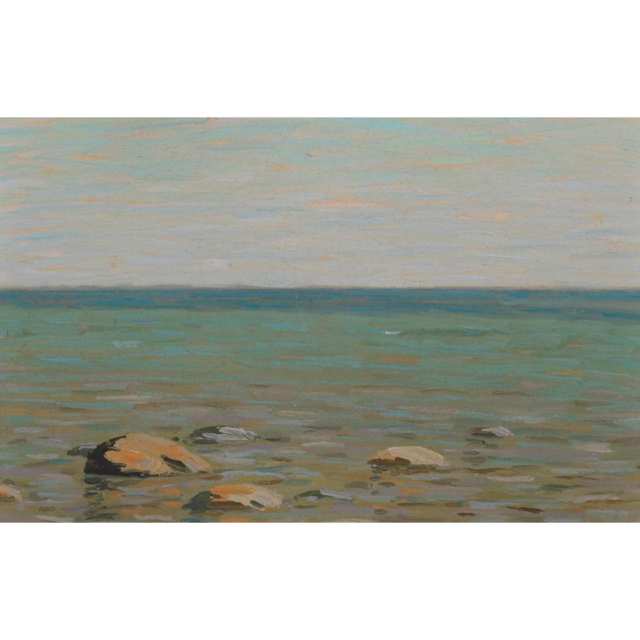 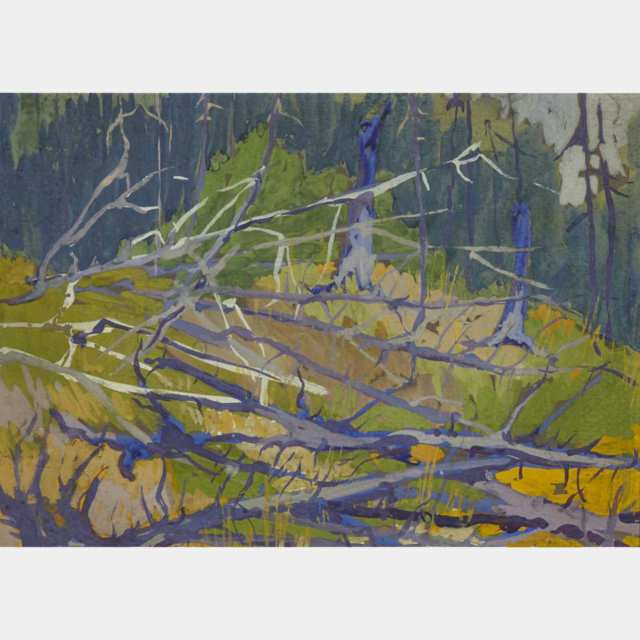 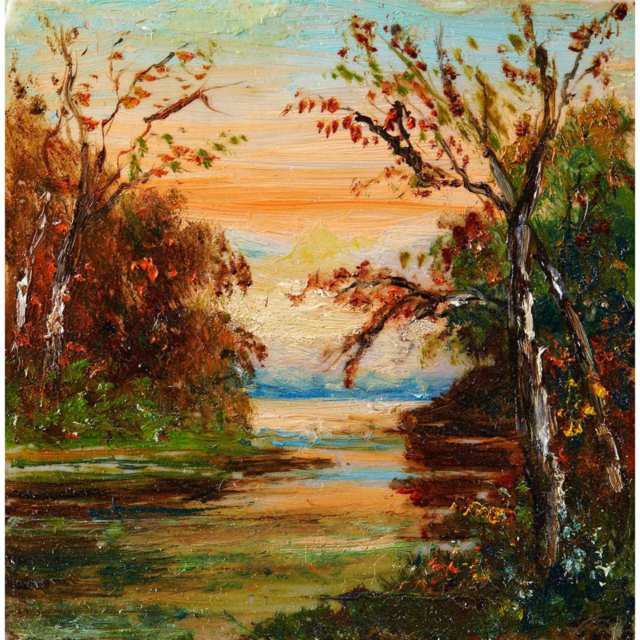