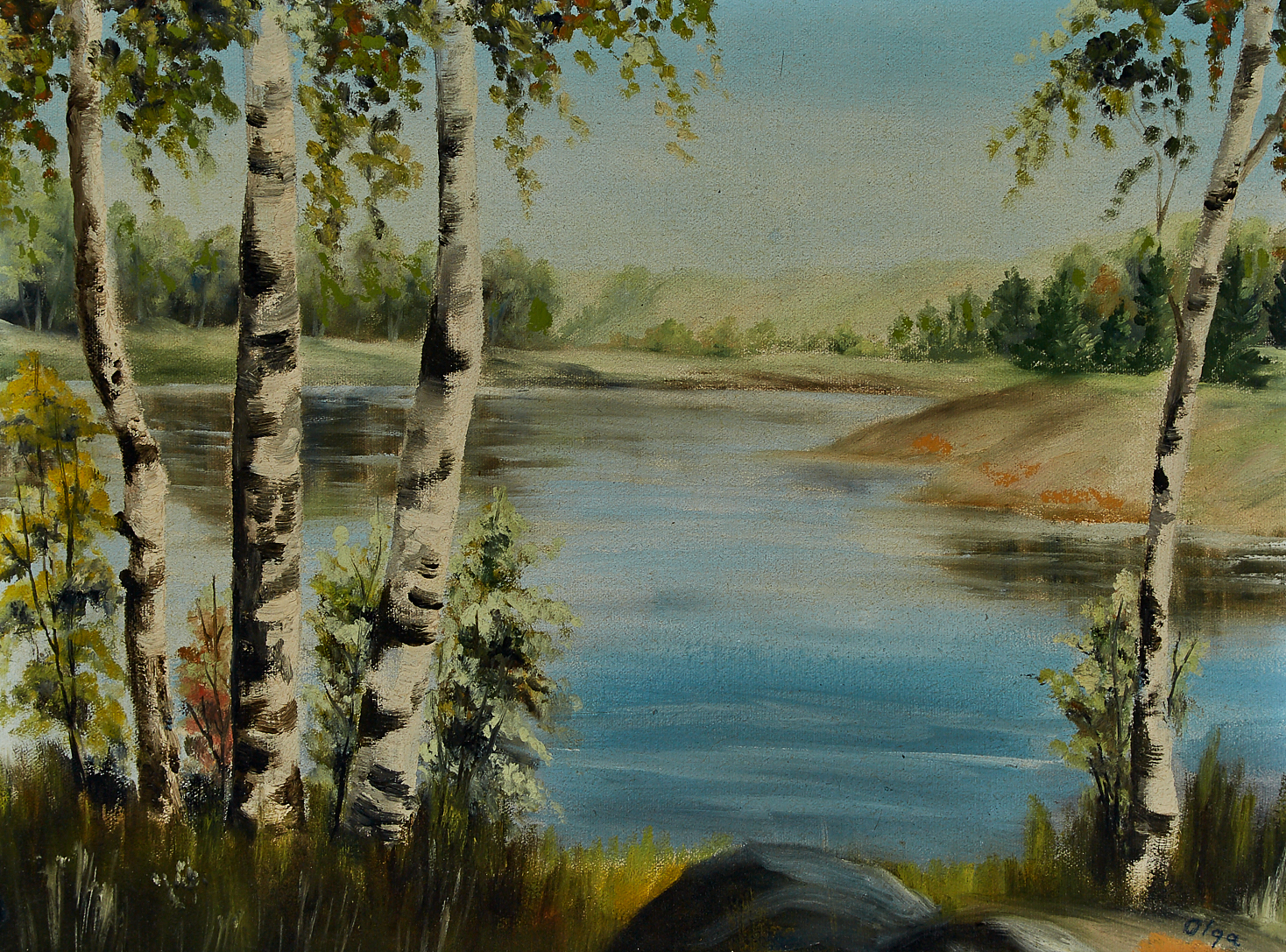 WHITE BIRCHES (THE COVE OF LAKE ONTARIO NEAR THE HOUSE OF MAJOR JIM RATTRAY, BARRYMEDE), CIRCA 1955

The artist, Her Imperial Highness, The Grand Duchess, Olga Alexandrovna Romanoff, lived in Cooksville, ON from 1952-1960 as Mrs. Nikolai Koulikovsky.

Olga was the youngest sister of the Russian Czar, Nikolai II. She and the consignor became friends. This scene of "Barrymede", the home of Major Rattray, depicts the cove of Lake Ontario near his house called "Fudger House" located in Clarkson, Mississauga, Ontario.

Gifted to Mr. Wm. A. Pinkney, Hamilton, ON from the artist in 1956 according to the accompanying handwritten note accompanying the lot;
Private Collection, Cambridge, ON