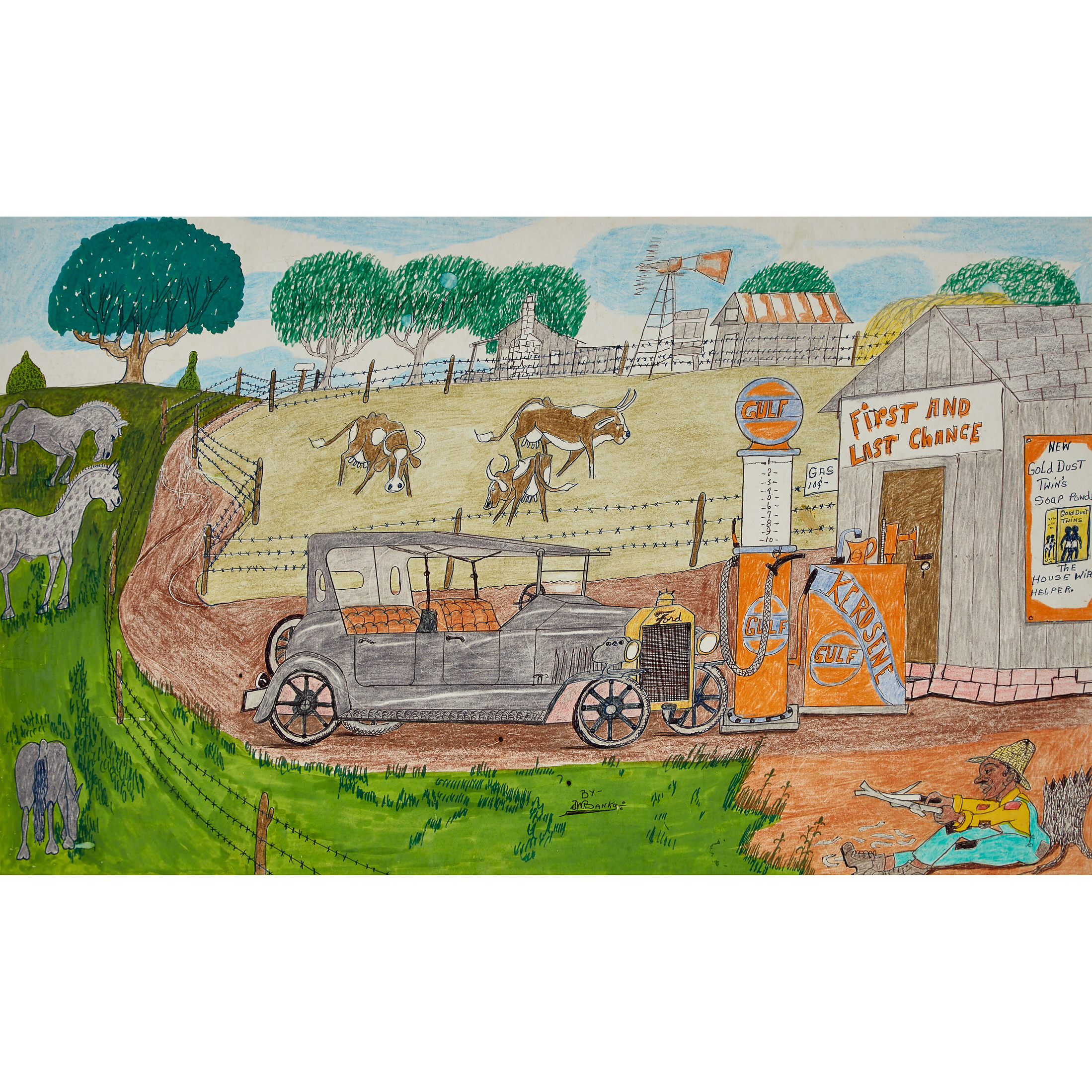 The Smithsonian American Art Museum has examples in its collection by this African American Folk Artist.

Introduced in 1889, by the Nathaniel Kellogg Fairbank Soap Company, N.Y., Gold Dust washing powder was the first to pioneer the use of vegetable oils in its processing. It achieved national prominence when it was distributed by Lever Bros., who bought it in the 1930's, depicting the twins, 'Goldie' and 'Dustie', one of the earliest brand driven trademarks in American advertising ('The Gold Dust Twins Radio Show' was first broadcast in 1929). In the 1940's, and 1950's with the changing view of the mascots, coupled with competition with products like Tide, the company eventually folded.

The Gulf 'Visible' gas pump depicted using a calibrated glass cylinder was introduced around 1925, and replaced in 1929 by the 'Electric' gas pump that eliminated the glass cylinder. Gulf Oil was a major company from 1901 to 1985 when it merged with Standard Oil, which in turn became eventually Chevron. Gulf introduced the first drive in gas station in 1913. The encroachment of civilization through the fossil fuel industry is coupled with the denigrating exploitation of African Americans through advertising.