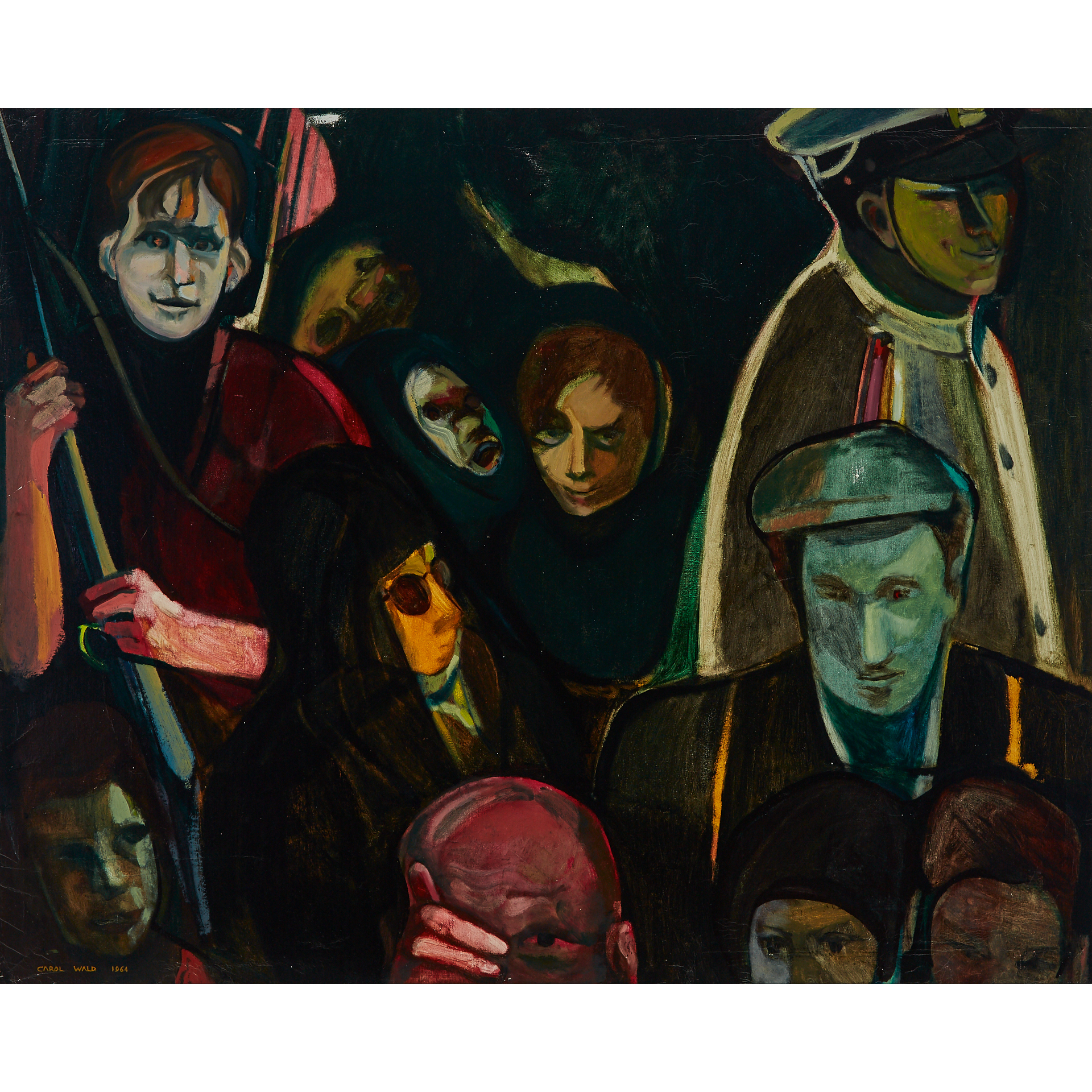 Wald studied at Detroit’s Cass Tech, Society of Arts and Crafts, and the Cranbrook Academy of Art prior to leaving for New York in 1971. She was a noted New York illustrator whose paintings and collages have appeared in the New York Times and Fortune magazines, as well as on the covers of Business Week and Saturday Review.

In 1960, the Detroit Institute of Arts purchased one of her paintings, "Children On Stilts". In 1963, she studied under Ben Shahn. In 1964, the year this lot was painted, Wald was given a ten-year retrospective exhibition at the Flint Institute of Arts in Flint, Michigan.