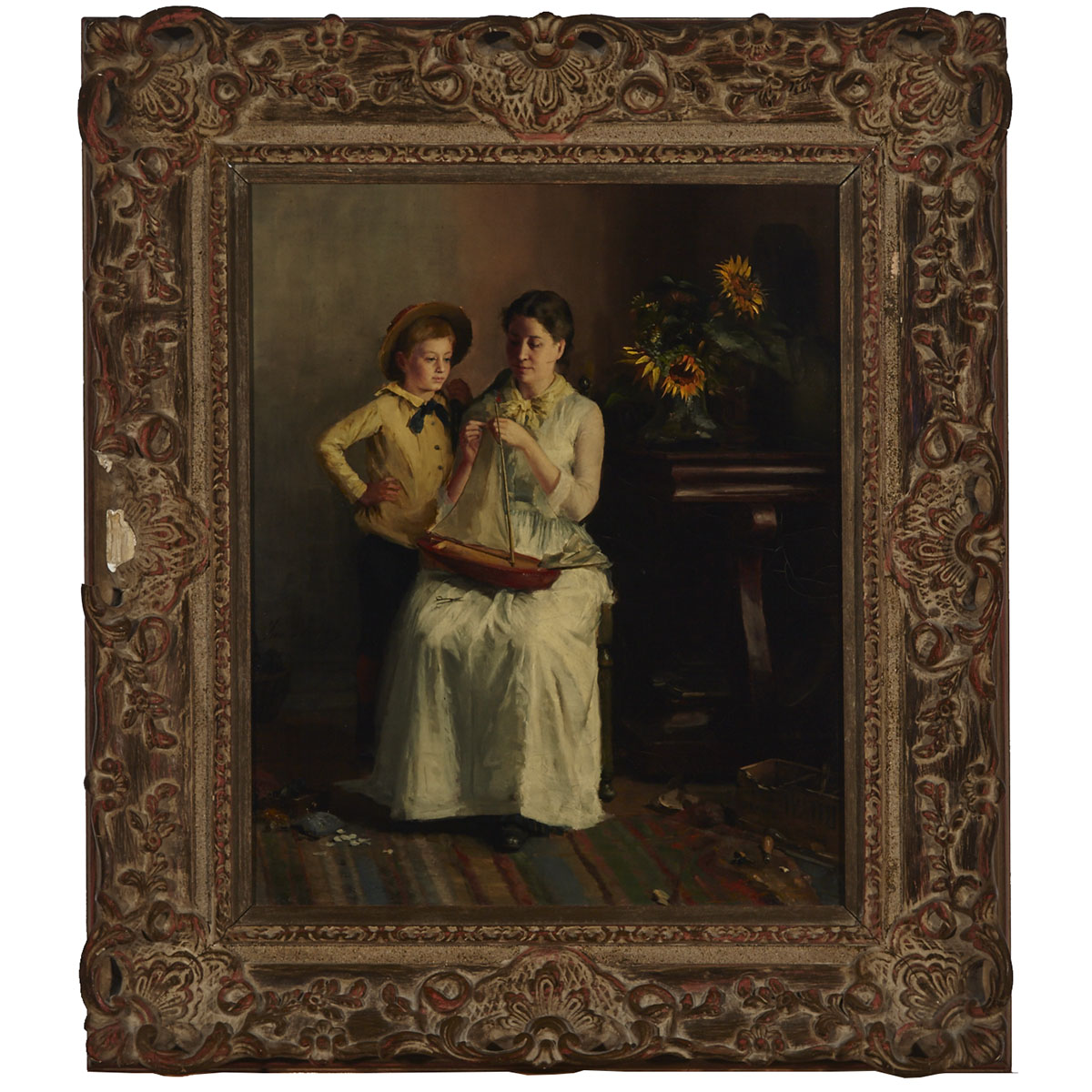 The artist was born into a family of clockmakers in the Neuchâtel valley of Switzerland. After training in his early years, he worked as an engraver at Tiffany, sailing for the United States in 1872 at the age of twenty-two. The art galleries of Philadelphia’s World’s Fair of 1876 inspired Delachaux to enroll at the Pennsylvania Academy of Fine Arts, studying under the great American Realist painter Thomas Eakins. From 1879 through 1881, Delachaux successfully exhibited at the National Academy of Design in New York. Although this work is indistinctly dated both the subject, the boy in his straw hat, the furniture and its style marks it as an American composition. Although Delachaux became a naturalized United States citizen, he eventually moved to France in 1883.

Peter Falk, “Who Was Who in American Art” ref. Fink, “American Art at the Nineteenth-Century Paris Salons”, p. 874

Acquired by the Father-in-Law of the present Private Collection, circa 1930