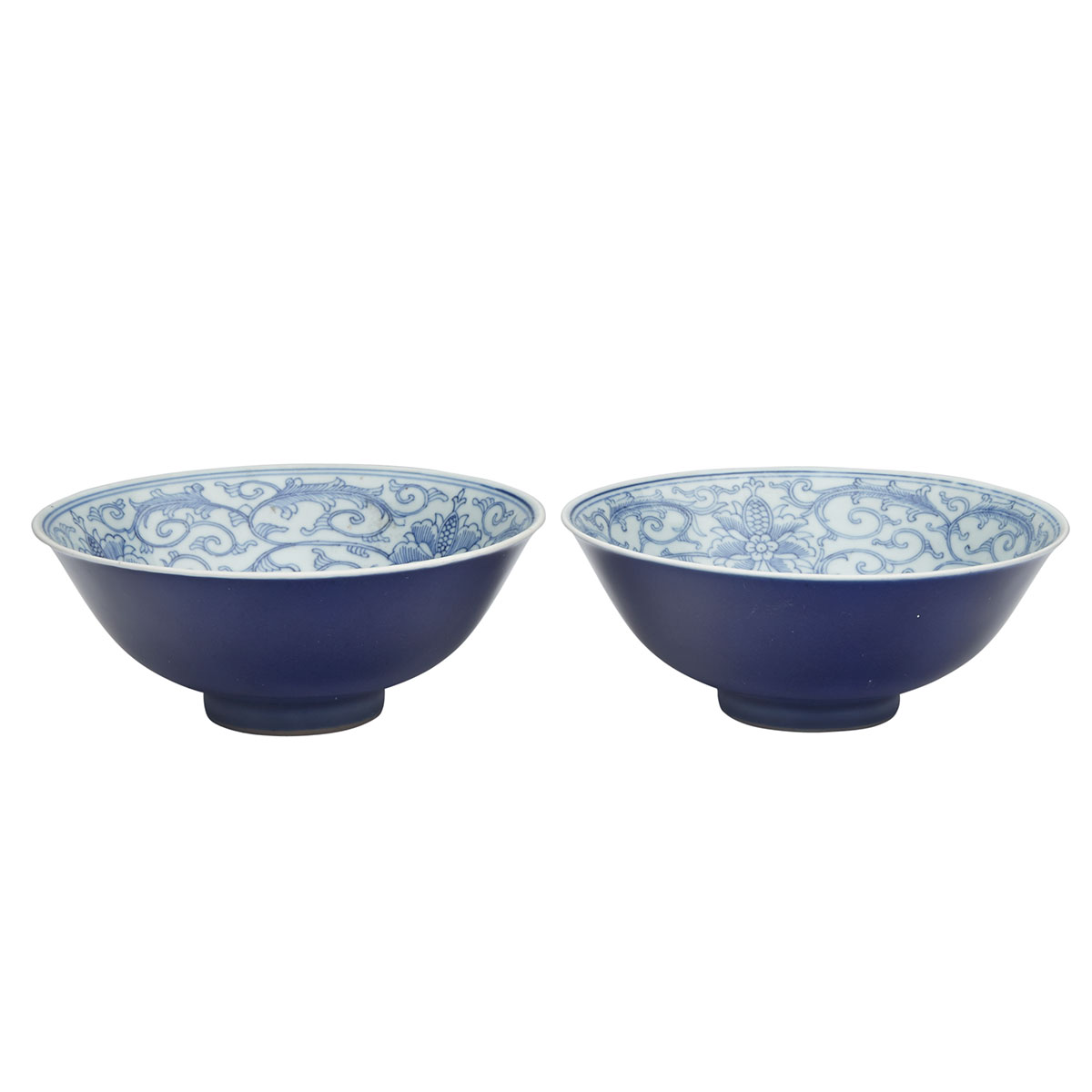 Probably for the South East Asian market, the bowls with a deep blue glaze on the exterior and blue and white design of stylized lotus in the interior
diameter 5.8" — 14.7 cm.
six-character Qianlong mark.

Sir Michael William Turner was born in Winchester, England, in 1905. He studied at University College, Oxford with a degree in military history and a stint on the English national field hockey team. Upon graduation, he joined the London HSBC office and was then posted to Shanghai. On his second tour in Shanghai he met and married Wendy Stranack (later Lady Wendy Turner), but was subsequently transferred to Singapore where he was interned in Changi jail for the duration of WWII. It took him six months to recover from the camp, and afterwards, he resumed his business career and succeeded Sir Arthur Morse as Chief Manager of HSBC in 1953 where he was instrumental in the considerable post-war expansion of the bank. Following retirement in 1963 he served as Chairman of the British Bank of the Middle East. Sir Michael died in London in 1980. A Turner room in the main Hong Kong branch of HSBC commemorates his services to the bank. During his time in Hong Kong he and Lady Turner acquired a number of Chinese jade carvings, porcelain, and works of art.