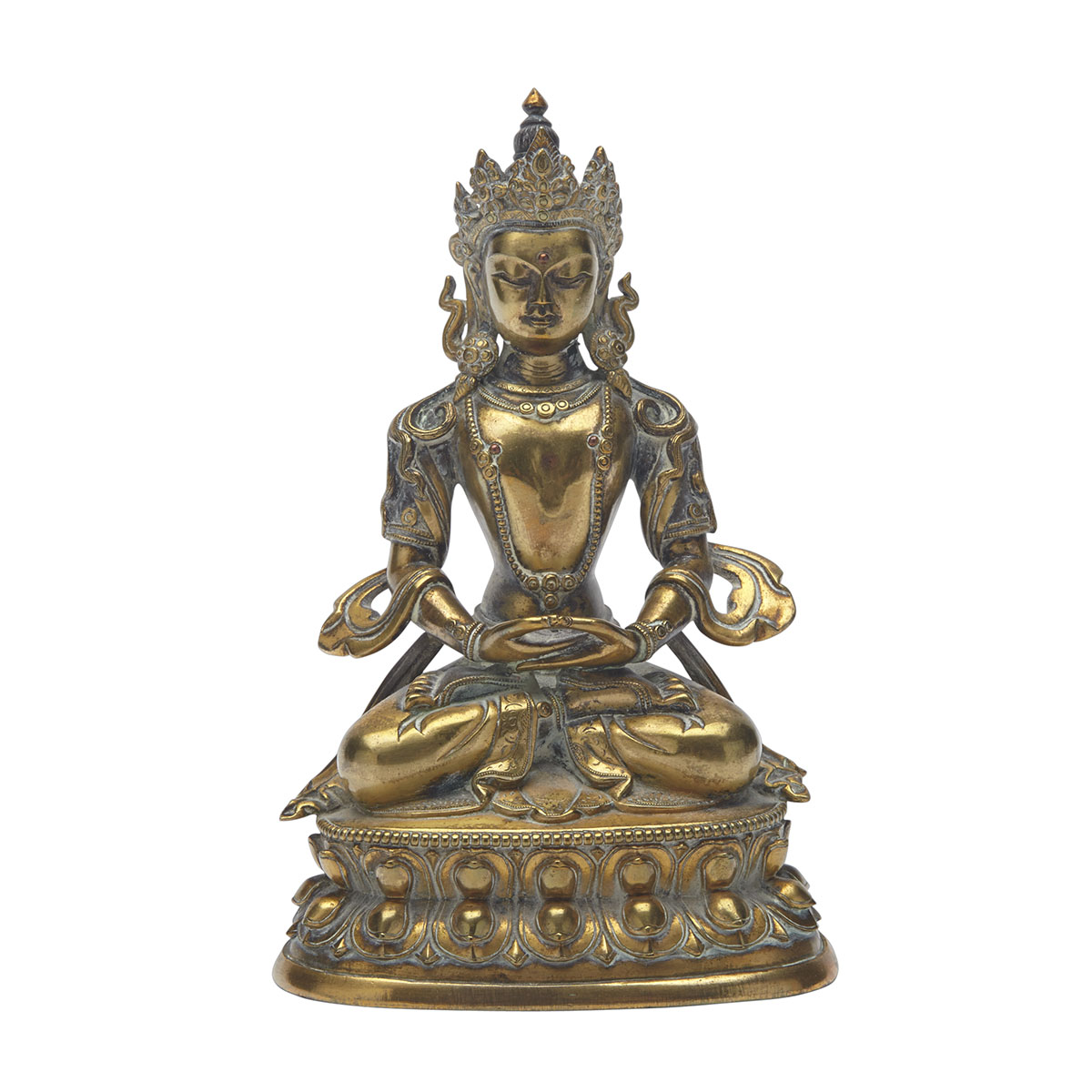 The benevloent figure with hair swept back in high chignon behind an elaborate five-leaf crown with short sashes tied behind the ears, revealing a bare torso festooned with jewelled chains, seated in padmasana on a beaded double-lotus base, the hands in mudra of meditation, dhyanamudra, held above the thighs, double vajra pattern on the sealed base
height 6.7" — 17 cm.