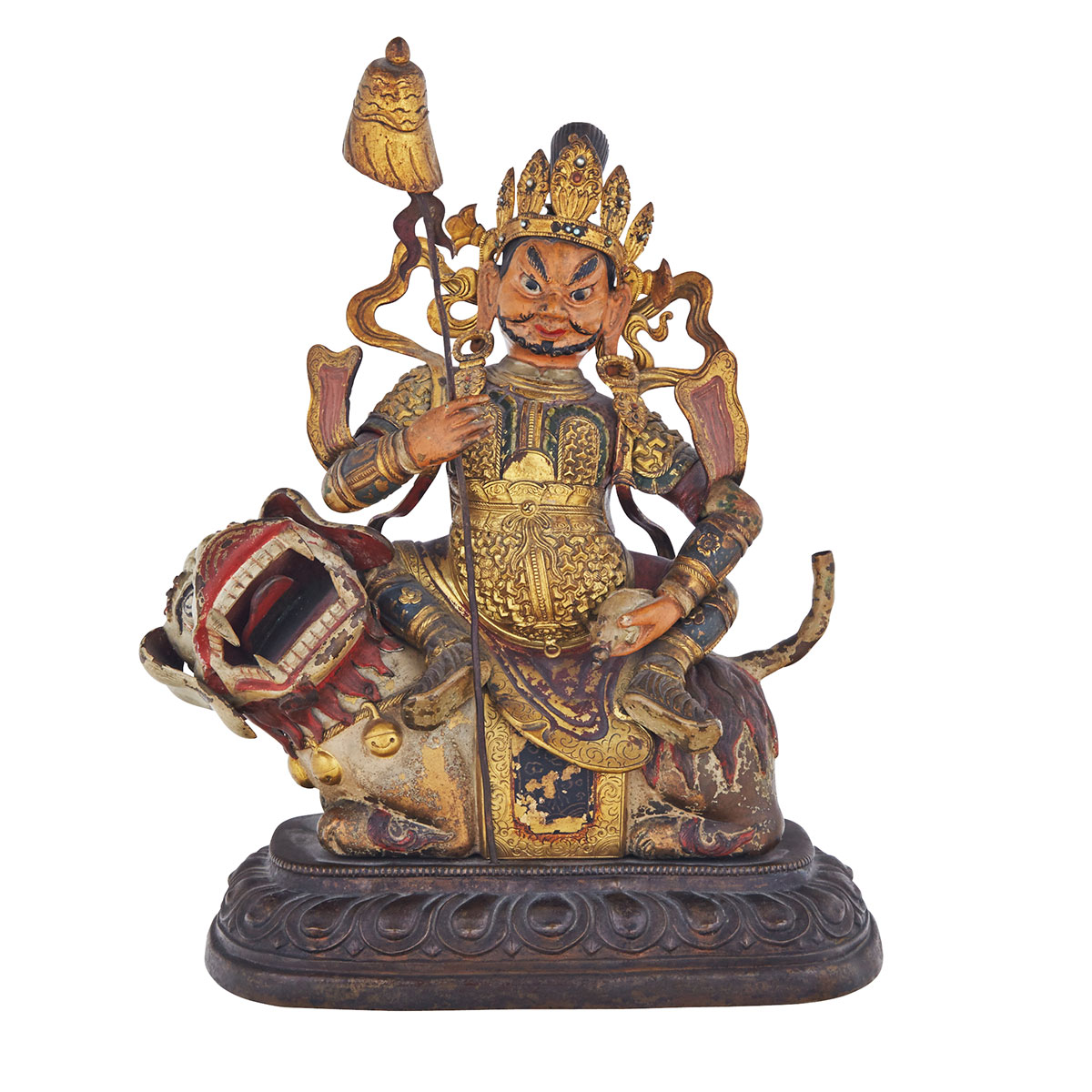 Cast seated in lalitasana on top of a lion above an oval lotus beaded base, the left hand holding a nakula (mongoose) spitting jewellery and the right raised clasping a chatra, dressed in armour with a billowing scarf over the shoulders, aquiline nose and elongated earlobes, the ferocious face surmounted by a five-leaf diadem
height 11.1" — 28.2 cm.