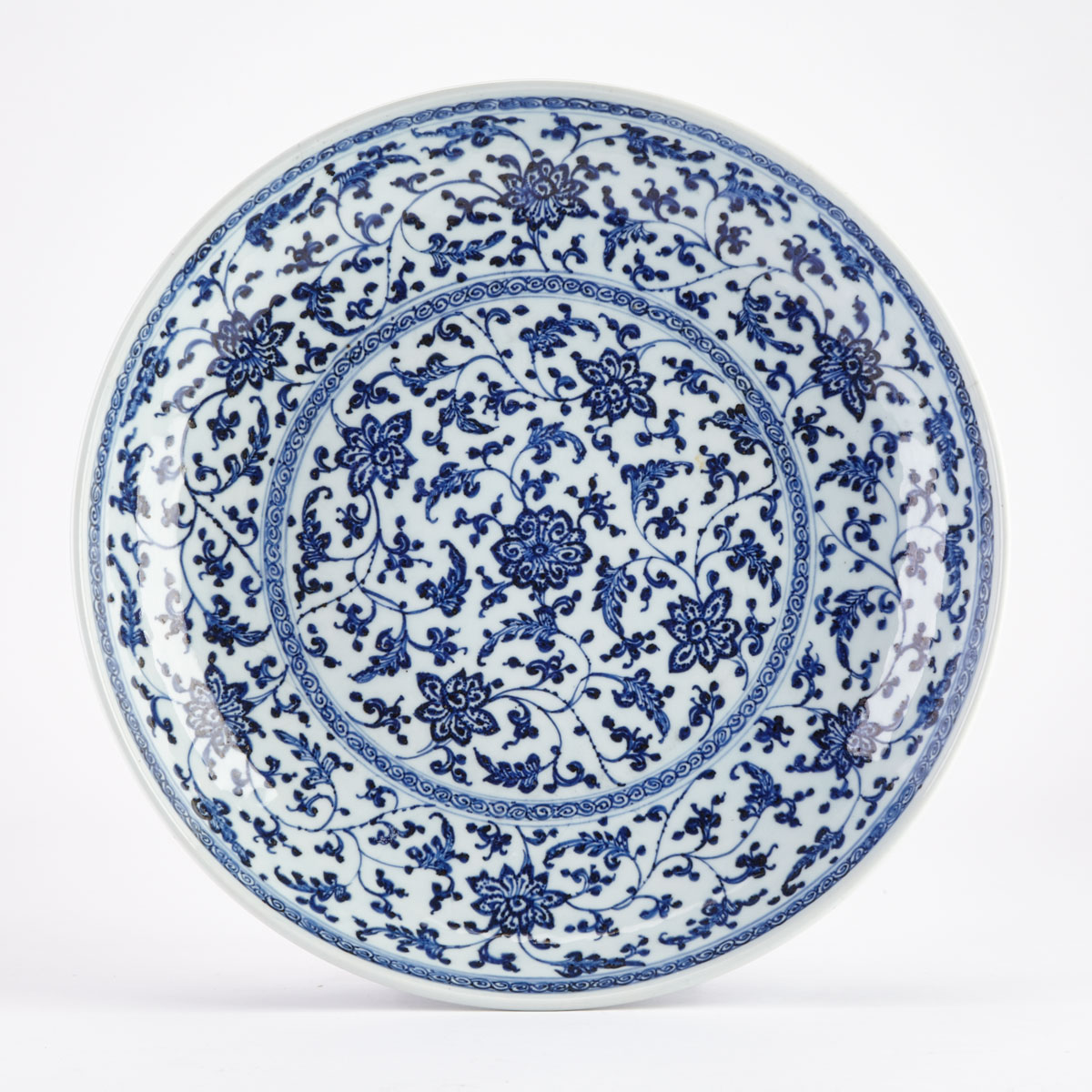 With carefully controlled bursts of ink resulting in small concentrated pools of paint, the “heaped and piled” method of decoration, as seen in this present example, purposefully recalls earlier 15th century techniques. Although potters had mastered the art of firing and painting underglaze cobalt blue by the 18th century, this stylistic reference, with its bold brushwork and sporadic bursts of ink, served as both a reminder and tribute to the highly prized and admired works of previous dynasties.

Property from a gentleman in a retirement home, Victoria, BC. Gifted in the 1950s from a family member