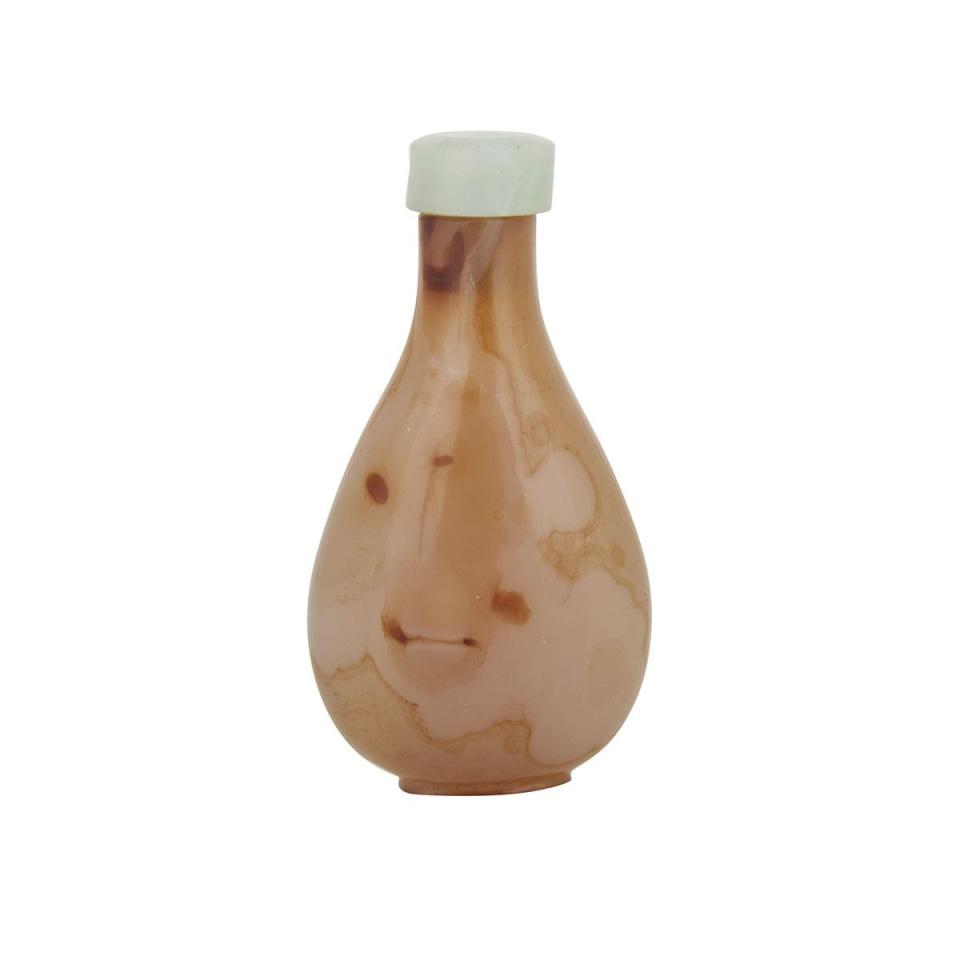 Supported on an oval foot and of flattened teardrop form, the bottle of creamy white and honey tones, with a jadeite stopper
height 2.8" — 7.2 cm.