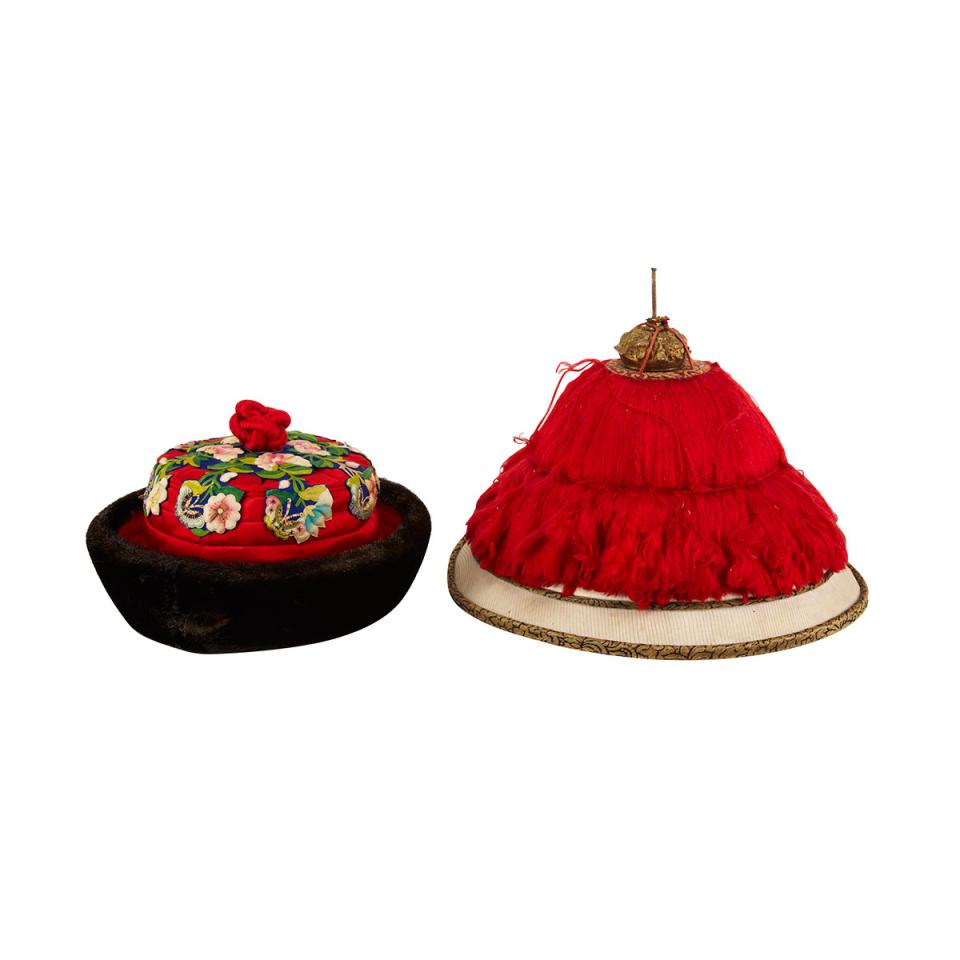 With a wide brim, the exterior covered in red fabric and topped with a domed finial TOGETHER WITH a smaller hat with a black fur brim and brocaded designs of peonies and butterflies with a red knot finial
largest diameter 11.8" — 30 cm.

Lots 226-233: A Selection of Chinese Scroll Paintings from the Collection of the Late Dr. James Mellon Menzies
Dr. James Mellon Menzies (1885-1957) worked in China as a missionary and archeologist from 1910-1936. He was stationed in Anyang, where he became the foremost non-Chinese oracle bone scholar and expert on Shang Dynasty culture. From 1932-1936, he was professor of archaeology at Qilu University in Jinan. As Dr. Menzies wished, most of his vast collection of oracle bones and Bronze Age artifacts has remained in China and is currently in the Palace Museum in Beijing, the Nanjing Museum and Shandong Museum. In 1948, the United Church Mission in Tianjin returned that part of his collection that they had in storage to him in Canada. Eighty percent of this, including a large number of oracle bones, was donated to the Royal Ontario Museum in Toronto following his death. Since 1989, further donations from this collection have been made to the Art Gallery of Greater Victoria in British Columbia. His son, Arthur Menzies (1916-2010) served as a Canadian diplomat and ambassador throughout Asia-Pacific, including China, Japan, and Australia.