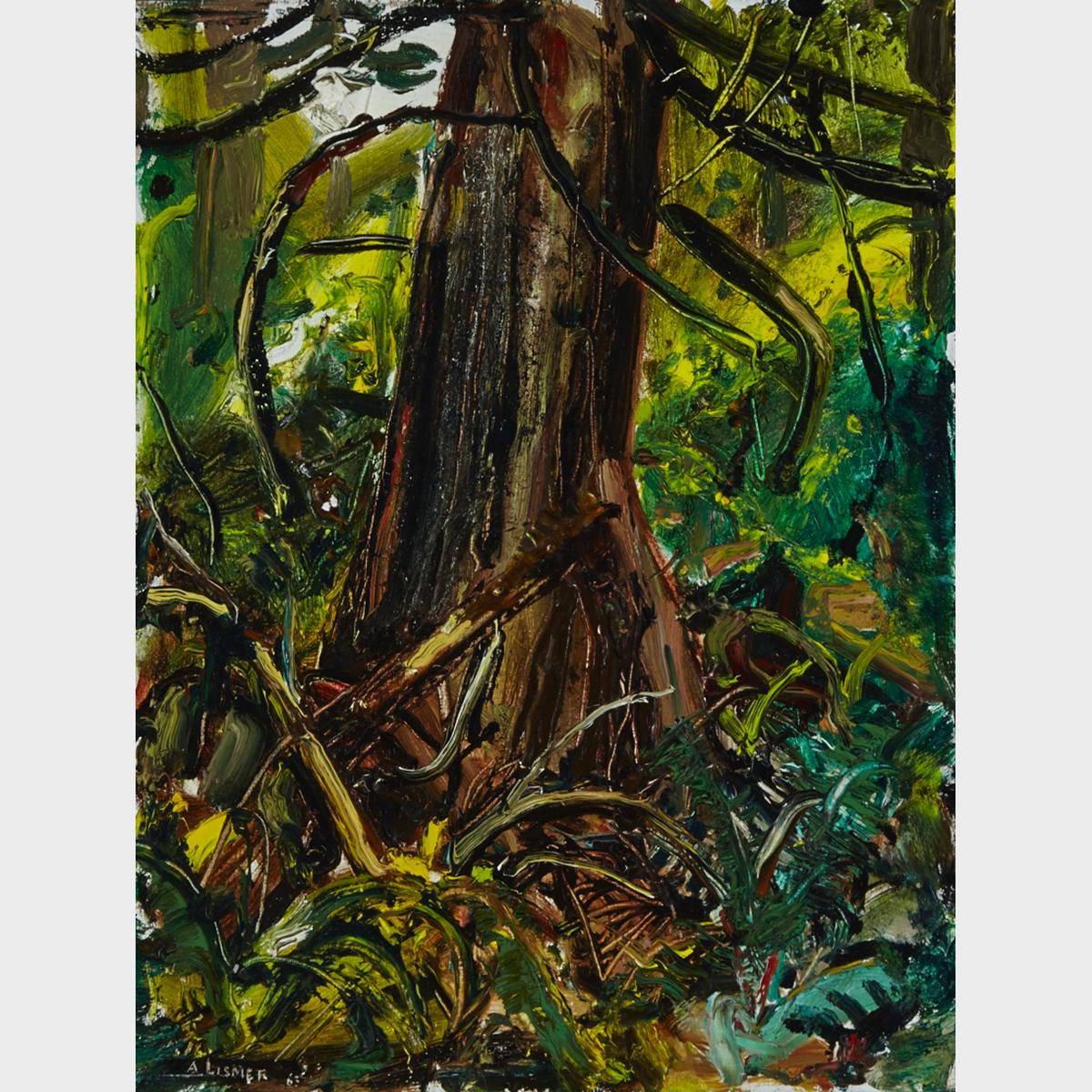 While discussing Arthur Lismer’s “small but powerful paintings of the British Columbian wilderness”, John McLeish notes that, “Lismer once described both his feelings of thraldom for the immense contours and imperious moods of British Columbia, and his feeling of her remoteness and mystery. In spite of the noble landscapes and the unimaginable blues of the great Pacific coast, it was in the purest sense for Lismer an unhuman land: ‘This is a country that has never been tamed by man,’ he once remarked. ‘It only puts up with man; man has no governance here.’ In such a mood of mingled awe and amazement at the beauty and imperious mastery of the Pacific country, Lismer would set off into the nearest heart of the wilderness, and oblivious to summer heat and the sting and nuisance of black flies and mosquitos, paint purposefully and forcefully among the cathedral dimensions of the firs and among the indefatigable thrustings of what he called ‘the northern jungle growth’ of British Columbia.”