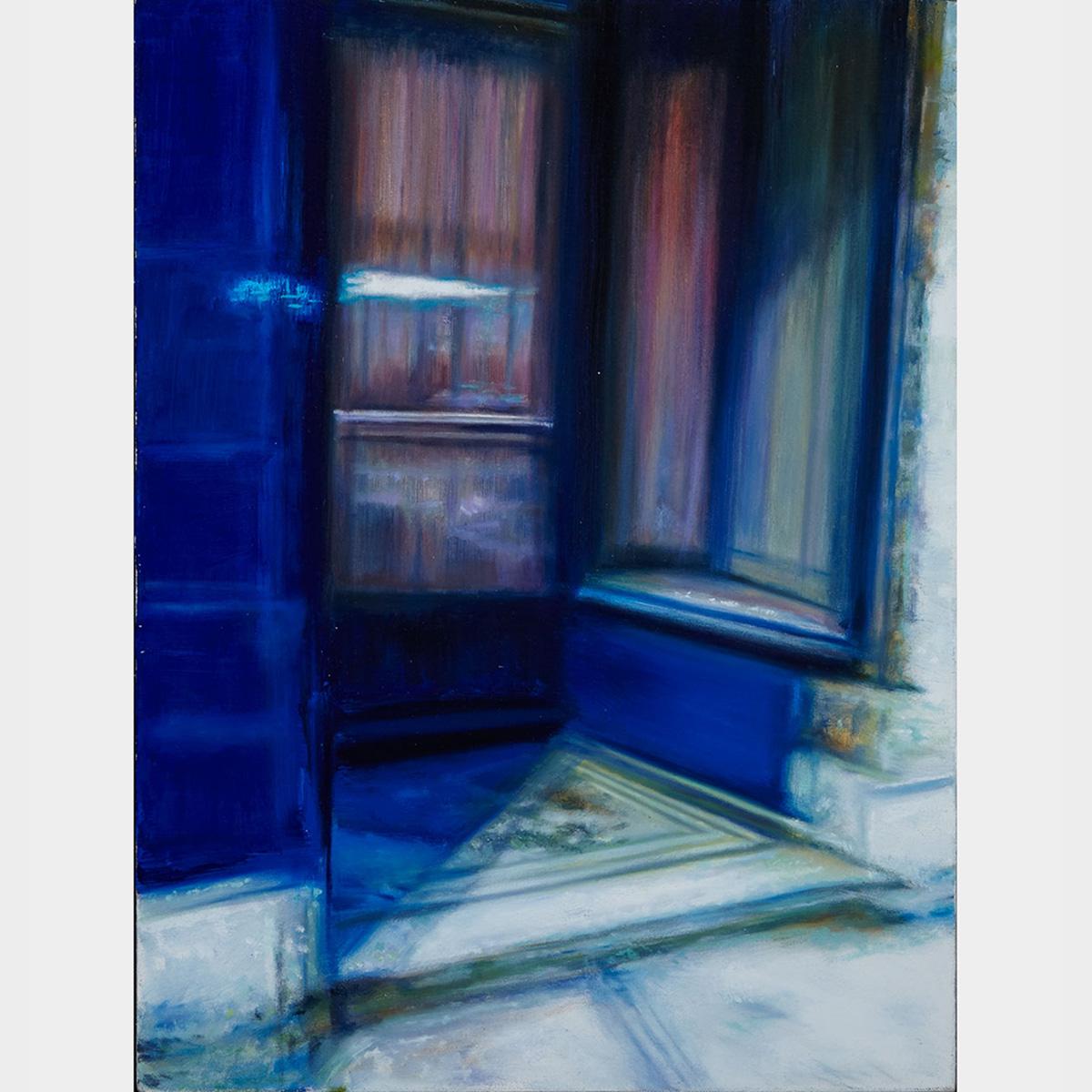 Brian Kipping is best known for his painterly depictions of the urban landscape, and in particular, the streets of downtown Toronto. Kipping’s signature style includes pops of colour, texture and chiaroscuro. In combination, these techniques allow the artist to create a luminous atmosphere on a two-dimensional surface. “I have faith in traditional approaches to painting...I was brought up to believe art should not have a function. I believe in painting as painting.”

Kipping’s work reveals true continuity, brought on by his passion for photography and interest in architectural space. His works are often blurred street-scenes that are void of figures and focus on the details of our built environment. Doorway (1999) is an example of the artist’s attention to space and the concept of vacancy. The cool colour palette of vivid blues and saturated purples adds a surreal character to the work, one with depth and heightened activity, yet, the scene remains unoccupied. Rendered on canvas, Doorway details an urban jungle, our industrial world, caught in a moment of silence.

Originally from Edmonton, Kipping attended the Ontario College of Art in Toronto, graduating in 1974. Over the course of his career Kipping participated in multiple solo shows across Canada and the United States. He succumbed to cancer in 2007, leaving behind an important and engaging body of work.