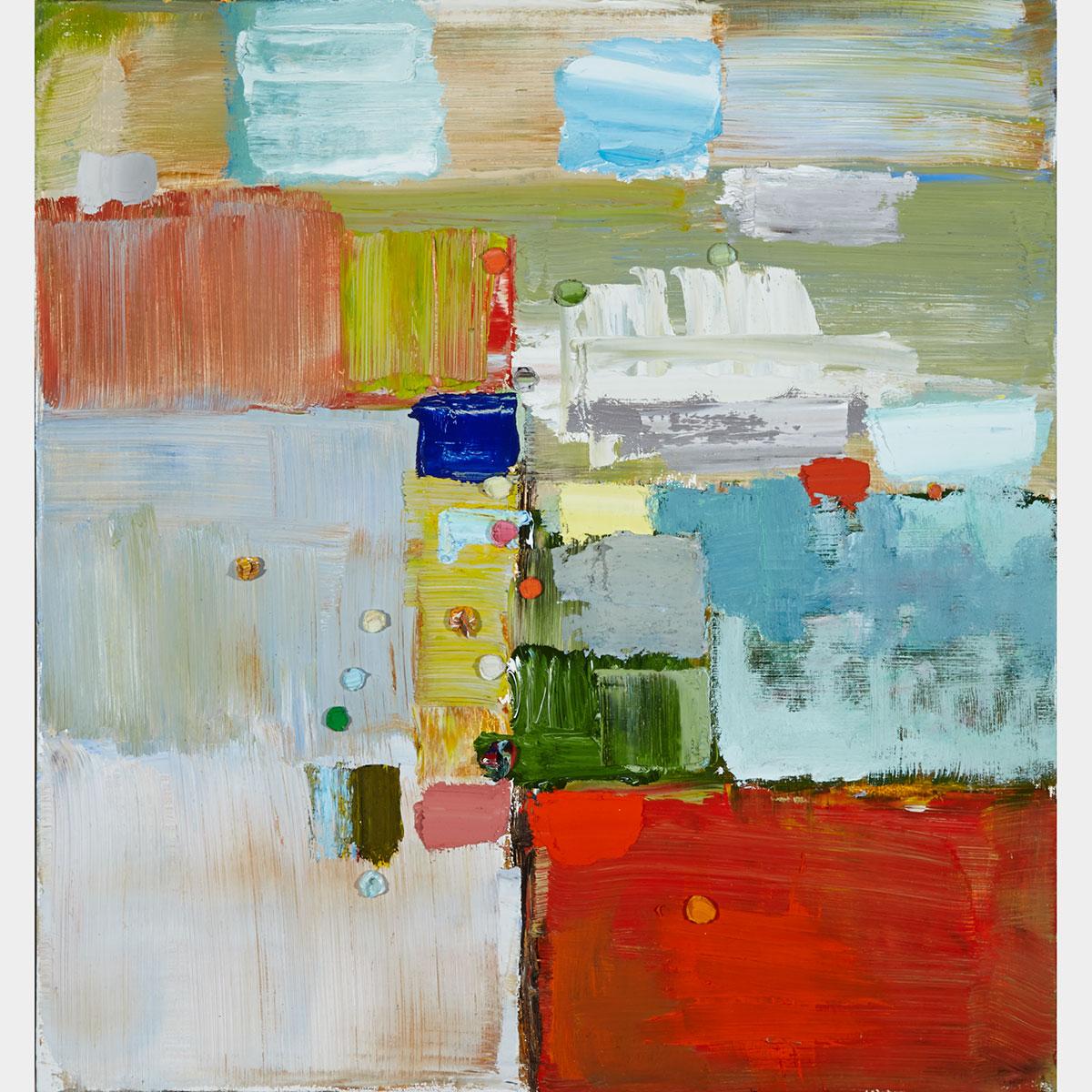 “As an abstract painter, I have become increasingly interested in the structural language of colour and texture and the dynamic tension set up between the manipulation of a substance to reveal its properties and the external pattern created.”

A fundamental and deep attraction to the ways in which colour, texture and pattern interact on canvas compels Michael Adamson to paint. The interplay between these elements is complex in his work, drawing out intense, primordial emotions in response to the powerful colours and compositions. His paintings seem to transcend the canvas boundaries and viewers are enveloped in the abstracted work before them. Gravel Lake (2006) and Crew Bravo (2014) are examples of Adamson’s ability to apply his structural “language” to both genres, producing vibrant, tactile fields of colour and gestural form.

Michael Adamson graduated from the Emily Carr Institute of Art and Design in Vancouver in 1997. Since then, his work has been featured in dozens of solo and group exhibitions in Europe, Japan, the United States and across Canada. His paintings have been commissioned by major Canadian companies and can be found in many public, private, and corporate collections including the Art Gallery of Nova Scotia, Bank of Montreal, Royal Bank of Canada, Holt Renfrew and the Metro Toronto Convention Centre.