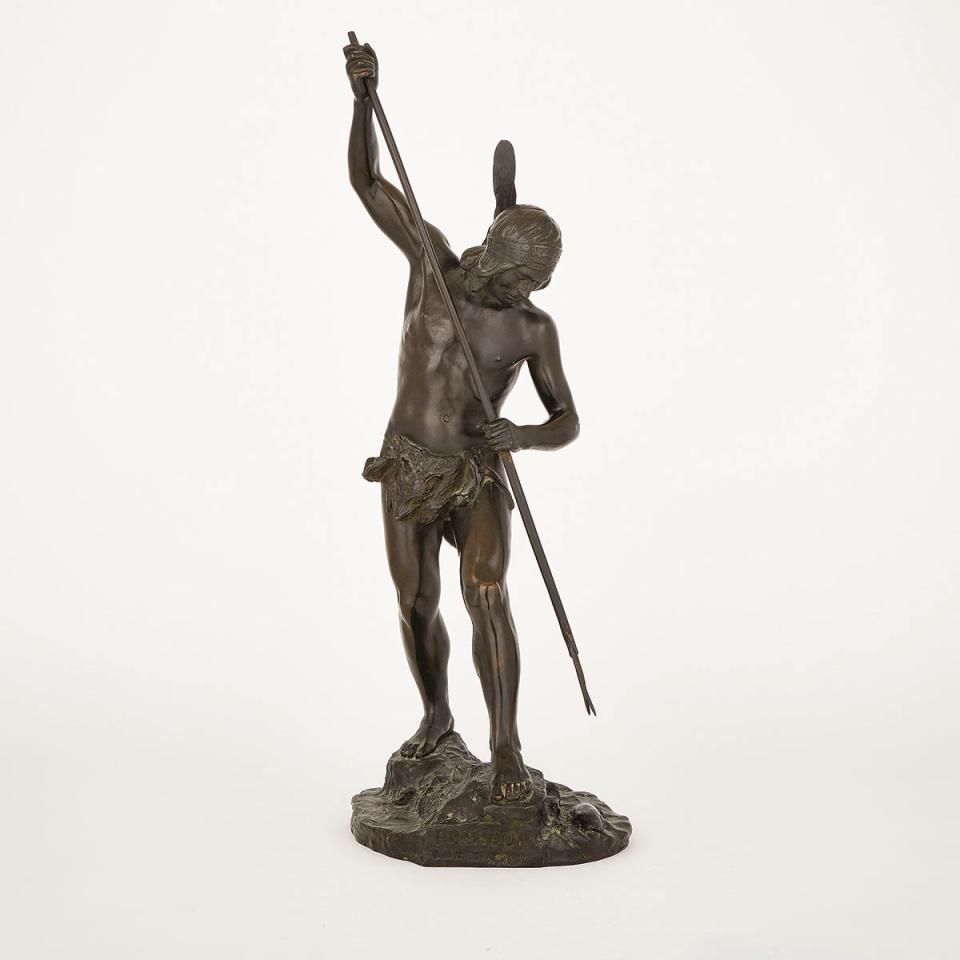 bronze
signed, dated, titled, inscribed “montrem” and stamped with the foundry mark “R. Hohwiller/Fondeur” on the base
height 27.5 ins; 68.1 cms 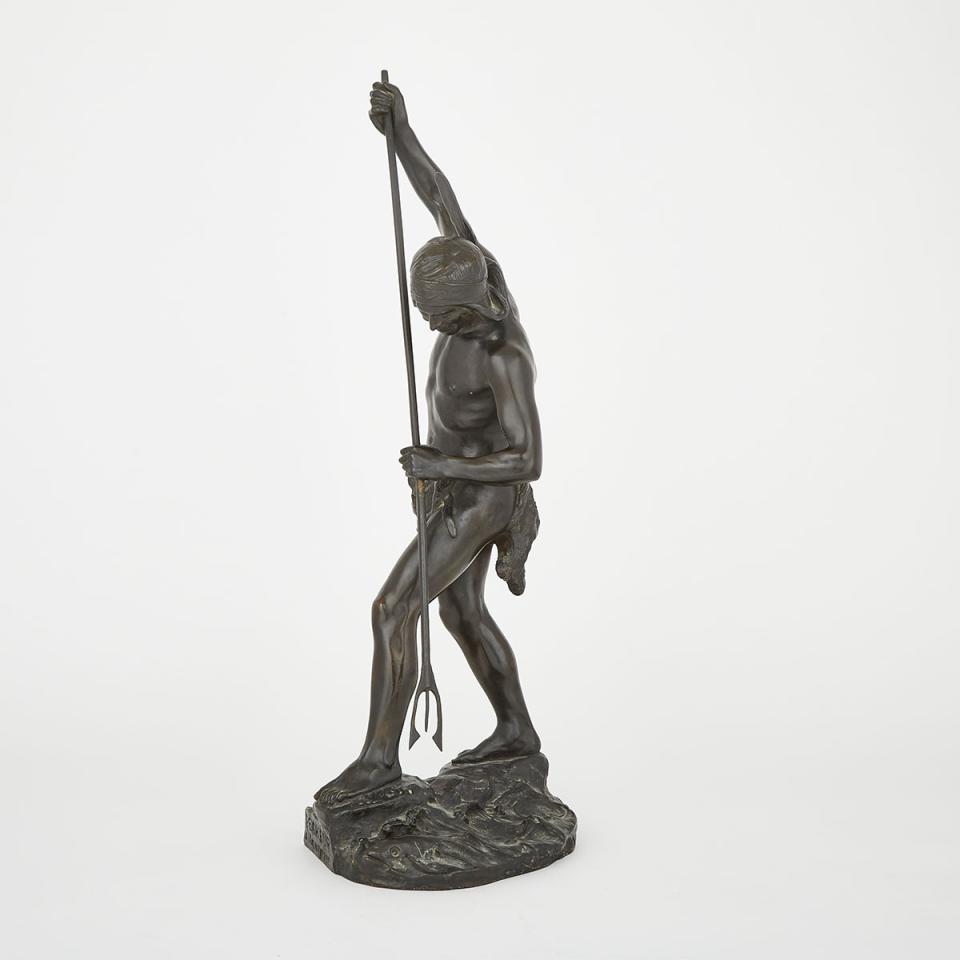 The entry for Louis-Philippe Hébert (1850-1917) in a publication of select works from the collection of the Musée du Québec describes the sculptor in this way: "Louis-Philippe Hébert was an impassioned artist, a hard worker and beyond doubt the most skilled Canadian sculptor of his time. He often went to Paris and avidly drank in it's art and culture. He absorbed the refinement, taste for balance and sensitivity to the human body of great French sculpture."

This high opinion of Hébert was shared by Patrick Martin Wickham, an insurance executive, and mayor of St. Lambert. A friendship developed between the two men; Wickham is reputed to have served as the model for Hébert's sculpture of Dollard des Ormeaux.

Wickham asked Hébert if he would make smaller versions of select sculptures that the artist had provided as decoration for the niches of the National Assembly Buildings in Quebec City, whose facade was meant to be “a pantheon” of historic Quebecers. The large-scale figure of first nations subjects were produced ca. 1889 “pour rendre hommage aux premier habitant du pays.” An agreement was struck that committed Hébert to casting six small bronzes of Pêcheur à la Nigogue and Les Algonquins. This lot is one of those original six furnished by Hébert to his patron-friend.

Despite the cordial relationship between Louis-Philippe Hébert and Wickham, the details of their business transactions were meticulously recorded by the artist and by the Wickham family and various contracts between them are still in the possession of Wickham's descendants.