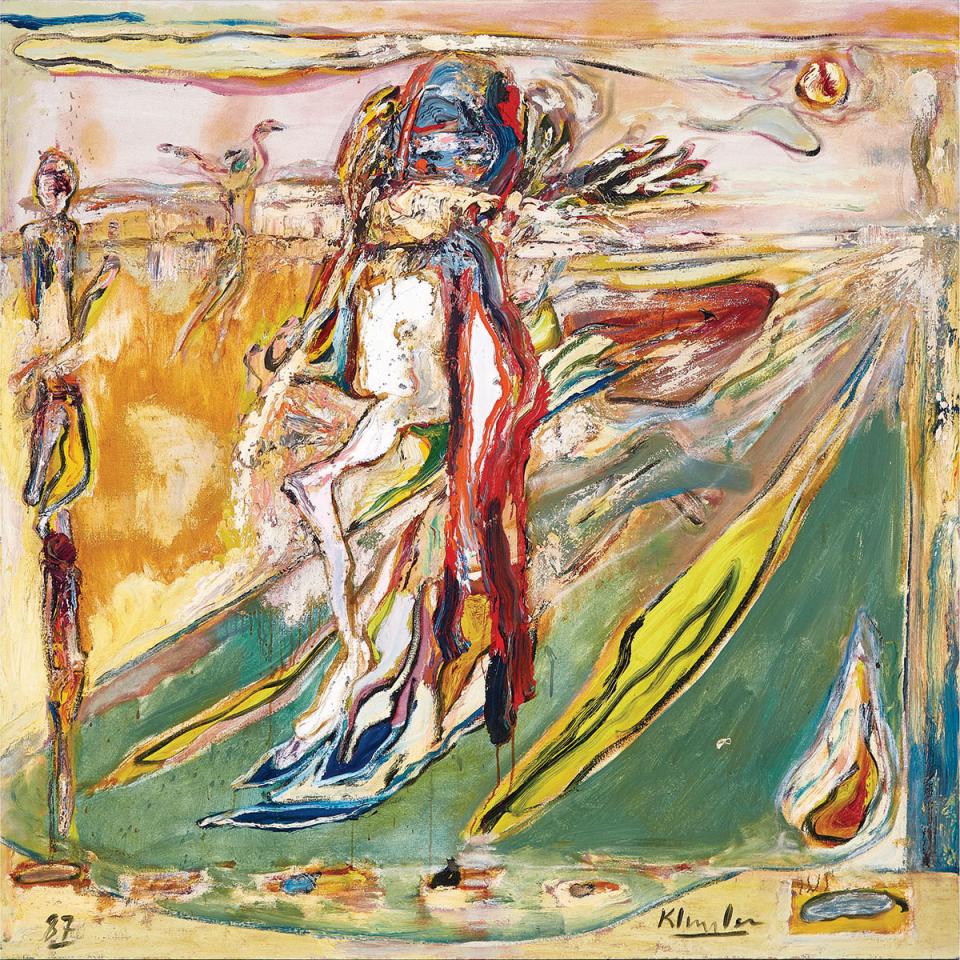 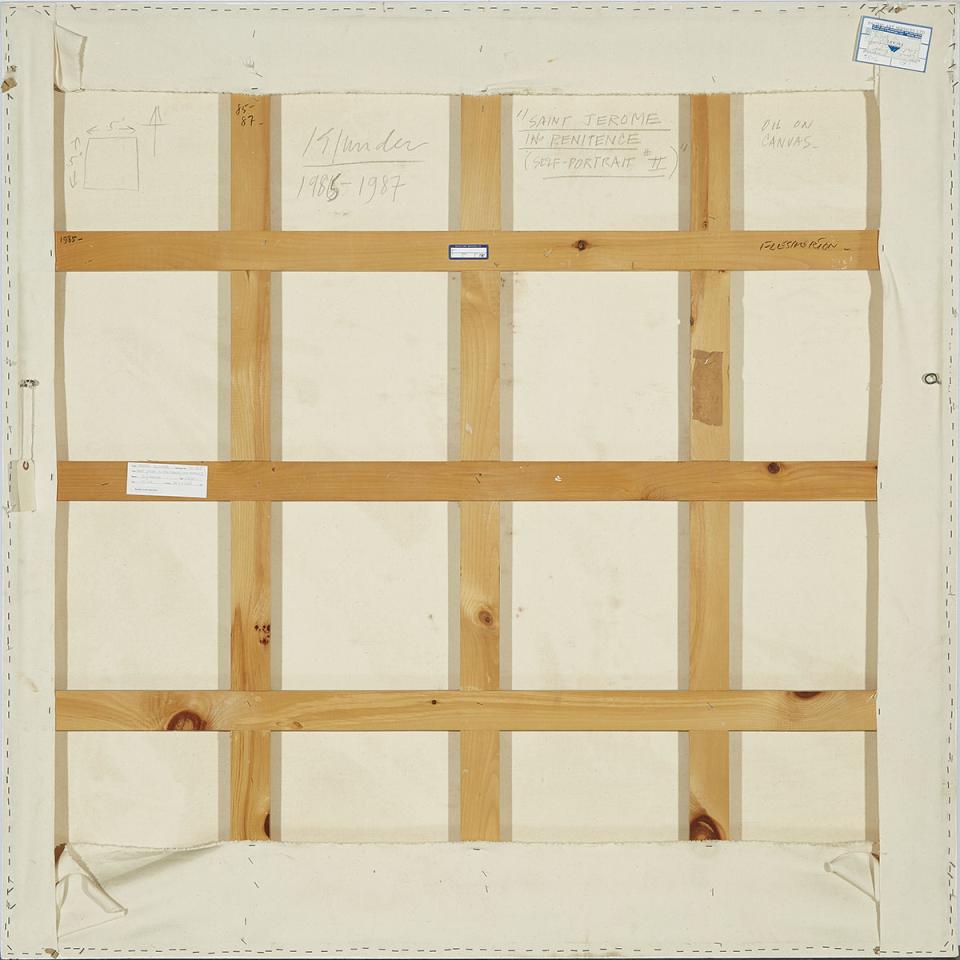 Harold Klunder (b. 1943) immigrated to Canada from The Netherlands with his family in 1952. After studying art at Central Technical School in Toronto, he worked as a commercial artist for six years, becoming a full-time painter in 1970. His distinctive style evolved through the late 1970s (his first commercial show was held at Jared Sable’s gallery in 1976) and early 1980s into large, thickly painted works that often took several years to complete. Through the work—abstract, and executed in oils—Klunder explores the oil medium and its history; he makes reference to historical art, but updates and personalizes the subjects by inserting himself into the paintings. Many, like this Saint Jerome in Penitence, are subtitled “self portrait” and assigned a number. These are not conventional self portraits, as they reveal the artist’s inner life. And while Klunder’s work from the 1980s may resemble the work of contemporary Neo-expressionist painters in the references to historical art, in the use of the figure and thickly applied paint, it is not the result of post-modern theorizing.

This work from 1987, depicting Saint Jerome in Penitence, or Self Portrait #11, is informed by earlier depictions of Jerome, a saint and doctor (teacher) of the Catholic Church, dating back to the early Renaissance in Europe. Traditionally, the saint is pictured as a hermit, having cast off his rich red garments, and lives in a desolate landscape where he practices mortification of the flesh. (he is often shown holding a rock). Typically, he is surrounded by other attributes: a book, lion, crucifix and dead tree.

Klunder adopted some of the established iconography for this episode in the saint’s life. The large figure of the saint/artist walks towards the picture plane, on a long road that extends back to the horizon at an angle cutting across the lower three-quarters of the composition. He is naked, exposed, a red robe over one shoulder. The head, richly coloured and textured, is a self portrait: Klunder has become the penitent Jerome. This puts into question the desert landscape to his right, populated by an ascetic figure and a bird. Is this an extension of the saint/artist’s space, or is it a canvas on which he is working? A number of small pools of colour are arrayed along the lower edge of the work, with what appears to be a paintbrush standing in the lower left corner. Is this a picture of the artist as Saint Jerome, or of the artist in his studio, painting a picture of Saint Jerome? Or have the two concepts been conflated to read as a representation of Klunder’s personal struggle with his art?