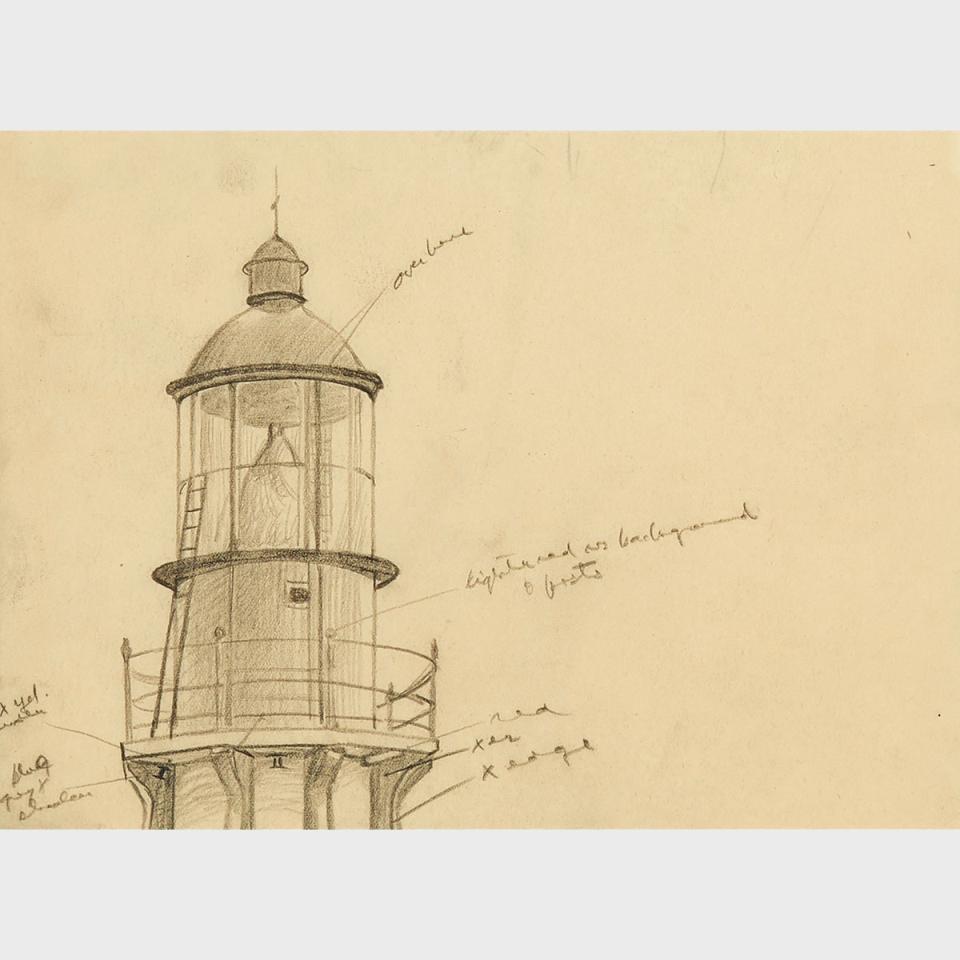 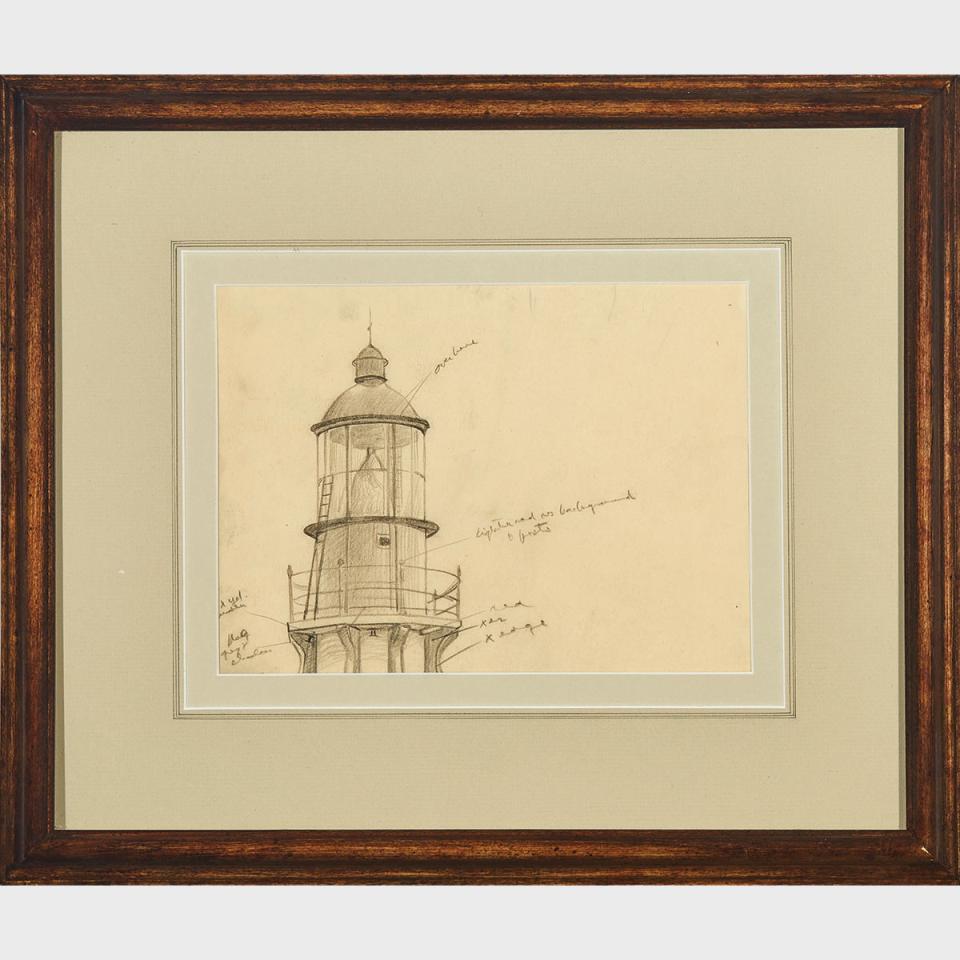 Peter Larisey, S.J., Light for a Cold Land: Lawren Harris's Work and Life - An Interpretation, Dundurn Press, Toronto & Oxford, 1993, pages 106-108 for an extensive discussion of this subject, figure 9.13 for this lot reproduced, cover and plate 31 for the painting Lighthouse, Father Point, (collection of the National Gallery of Canada), both reproduced in colour.

Lawren Harris (1885-1970) discovered the lighthouse at Father Point (Rimouski), Quebec while on a 1929 sketching trip with A.Y. Jackson in search of new subject matter. Roald Nasgaard suggests the lighthouse was a portent of "the formal exactitude of his future abstracts and its reductive geometries." Peter Larisey agrees and writes: "Harris was probably attracted to this motif because of the streamlined modernity of its form. As we have seen, it was important for Harris to be modern. Another reason, however, was probably that the structure was already reduced to its minimal, essential elements:  a shaft housing the spiral stair, supported by flying buttresses and surmounted by the lantern." The lantern is depicted in this lot.

The painting that resulted from the detailed pencil sketches, of which this lot is one, and a single oil sketch that Harris made on the trip with Jackson, was first shown in the 1930 Group Exhibition and is now in the collection of the National Gallery of Canada, a gift of the artist in 1960. According to Charlie Hill, Lighthouse, Father Point, was the only canvas that resulted from this trip.