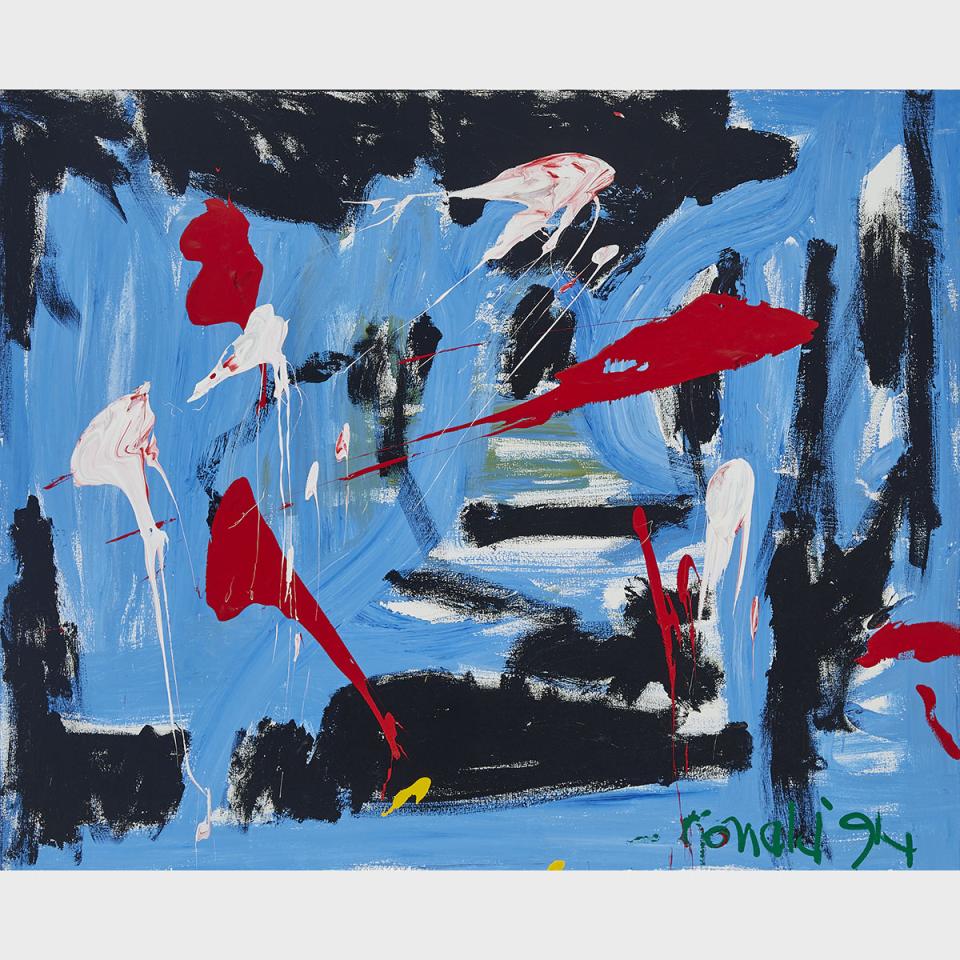 BLUES IN THE NIGHT

William Ronald (1926-1998) was one of the founding members of Painters Eleven, an abstract group of Toronto artists active from 1953 to 1960. He practiced a form of Abstract Expressionism that was well received in New York where he moved in 1955. Refusing to shift to Pop Art, which was in the ascendant in the 1960s, Ronald moved back to Toronto in 1965. After taking a number of different approaches to his work in the intervening years, Ronald returned to non-objective painting with renewed vigour in the 1990s. Blues in the Night was painted in 1994, when Ronald was again living in Toronto. The overall treatment and bold brushwork are reminiscent of his abstract expressionist work of the 1950s, as is the reference to jazz in the title. The organizing structure and improvisational elements present in his early abstractions were influenced by bebop jazz. In this canvas, colours and forms find parallels in the jazzy rhythms of composer Harold Arlen’s Blues in the Night (1941). Splotches of white and red punctuate a blue field, and the ladder-like motif rising up the centre could be read as the “train a-calling,” as it “whistles across the trestle .”