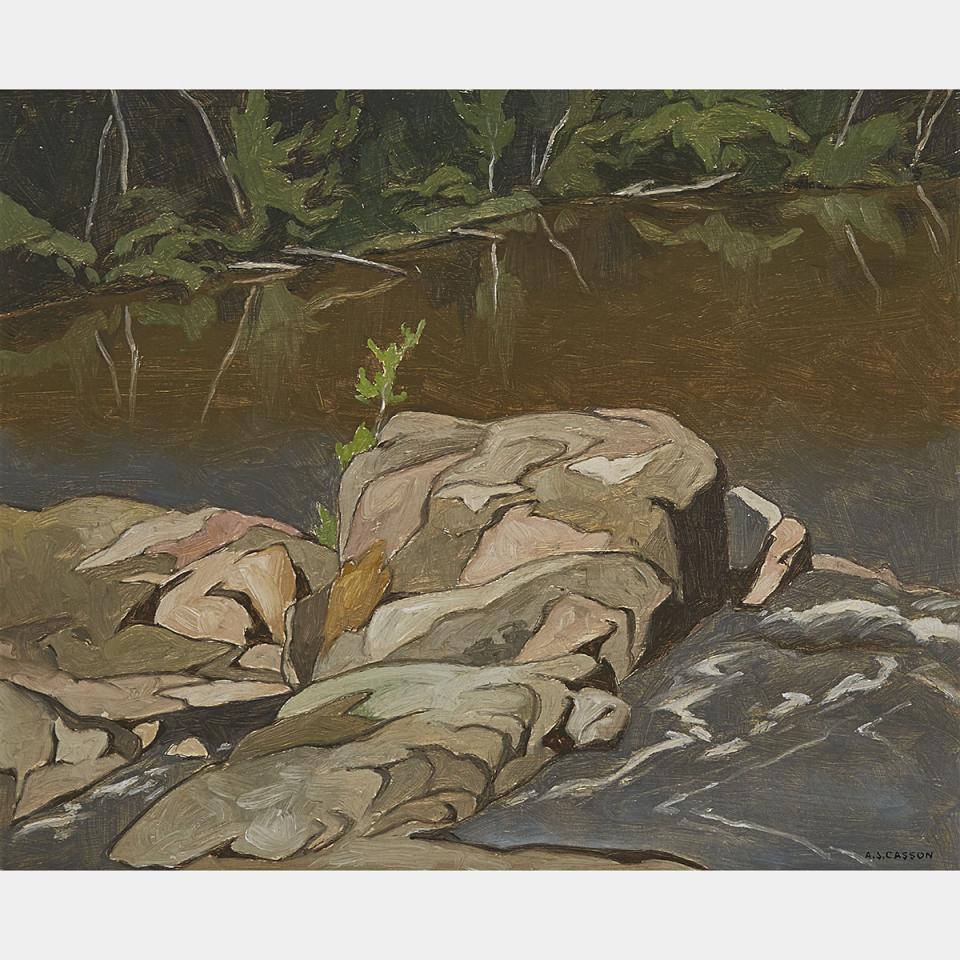 A.J. Casson (1898-1992) often painted on the Oxtongue River which flows into Algonquin Park. He painted both Ragged Falls and the smaller Marshes Falls, and in this painting, the area below the falls. Here, the artist has selected the point at which the current has slowed down, and beyond which the water lies still enough to reflect the foliage growing along the shore. Casson focuses attention on the two large rocks, their surfaces a patchwork of muted pinks and greys. The cool tones that dominate the foreground, expressive of cold bare rock and fresh moving water, contrast with the warm hues in the upper half of the canvas where the mood is one of quiet and stillness. Casson’s modernism took the form of simplification and attention to the formal qualities of the picture.