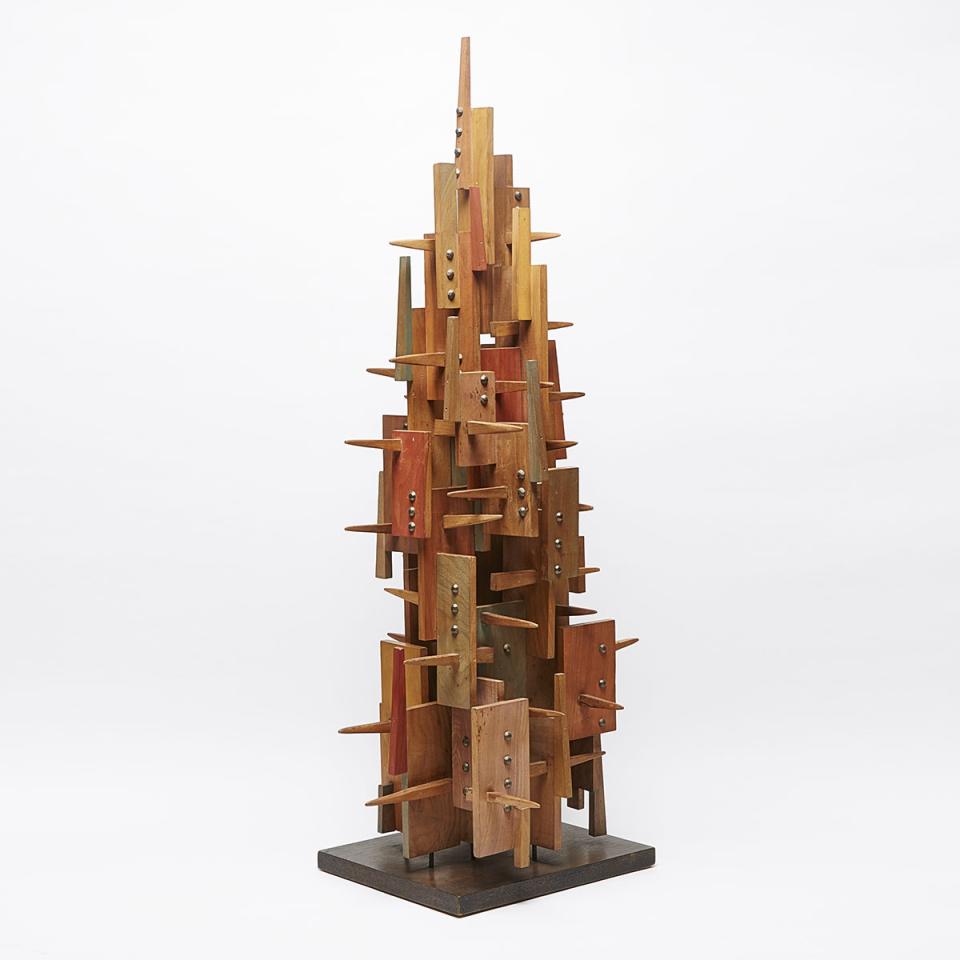 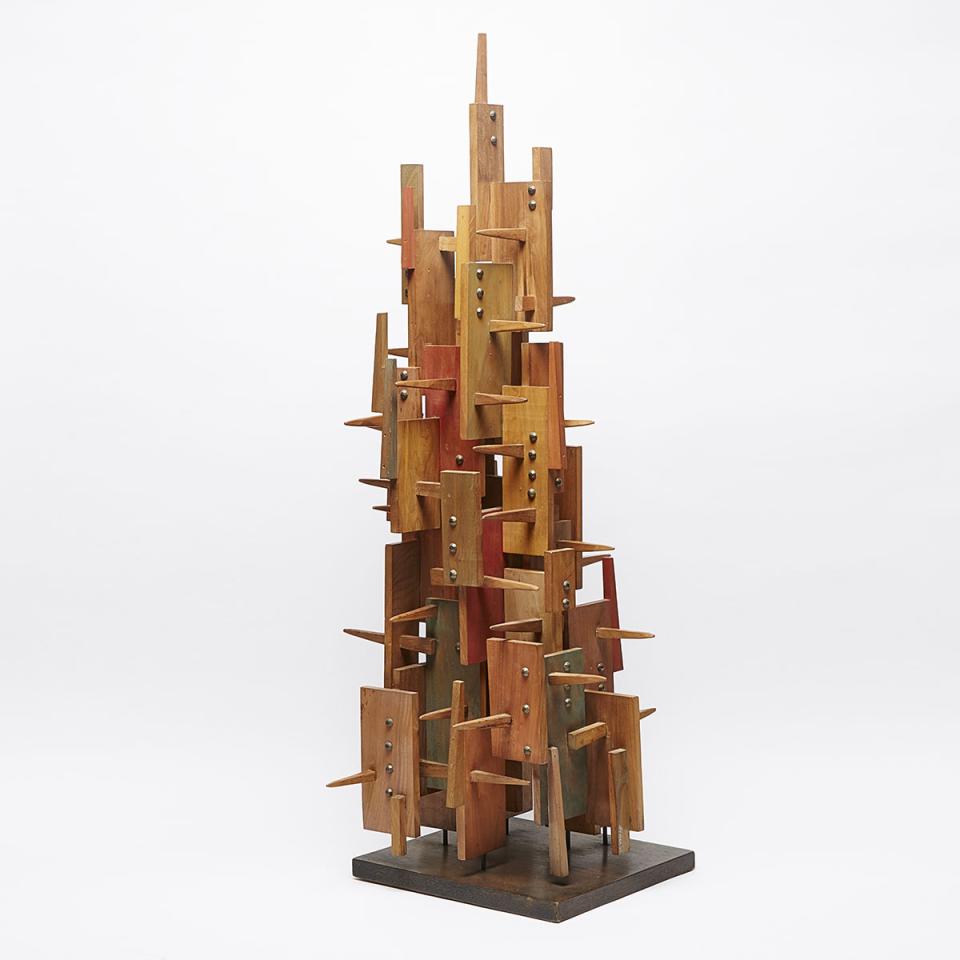 Jack Beder (1910-1987) immigrated to Montreal from Poland in 1926, where he quickly became known for his paintings of bustling street scenes in a variety of media. Beder worked and exhibited all across North America, most notably at the New York World’s Fair in 1939, but by the 1950s and ‘60s the art world had changed dramatically. The influx of European aesthetic trends and American Abstract Expressionism informed the Canadian art scene. At the same time, industrial design was gaining popularity across the country, and with the construction of the decidedly modern Montreal Metro in the 1960s, it was clear that a new wave of design was taking hold of the nation. After the Soviet Union withdrew from hosting the World’s Fair, the opportunity was awarded to Canada in late 1962. Opening in 1967 in Montreal, Expo ‘67 marks and celebrates Canada’s centennial year and is largely considered to be the most successful World’s Fair to date. Canada at this time, with the inauguration of a new flag, the Quiet Revolution in Quebec, reformation of the welfare state, and even a Stanley Cup win by the Toronto Maple Leafs, was standing on the threshold of great change, establishing itself as a major global player in the cultural, political and economic sectors. From this period of continuous growth and development, Beder’s Spiked Form (Sculpture #11) was created, hinting at his involvement in new industrial design ideas and motifs. Made from walnut, paint and brass tacks, the sculpture evokes Canada’s burgeoning modernization and the increasing number of new buildings being erected across the country’s major urban centres. As one of the most expensive natural woods, walnut is a temperamental medium, yet Beder’s sharp, defined woodcuts show mastery of the material. Considered “Montreal’s best kept secret”, Jack Beder’s fluency in a variety of artistic materials allowed him to showcase the essential diversity of the country as it evolved throughout the modern period.