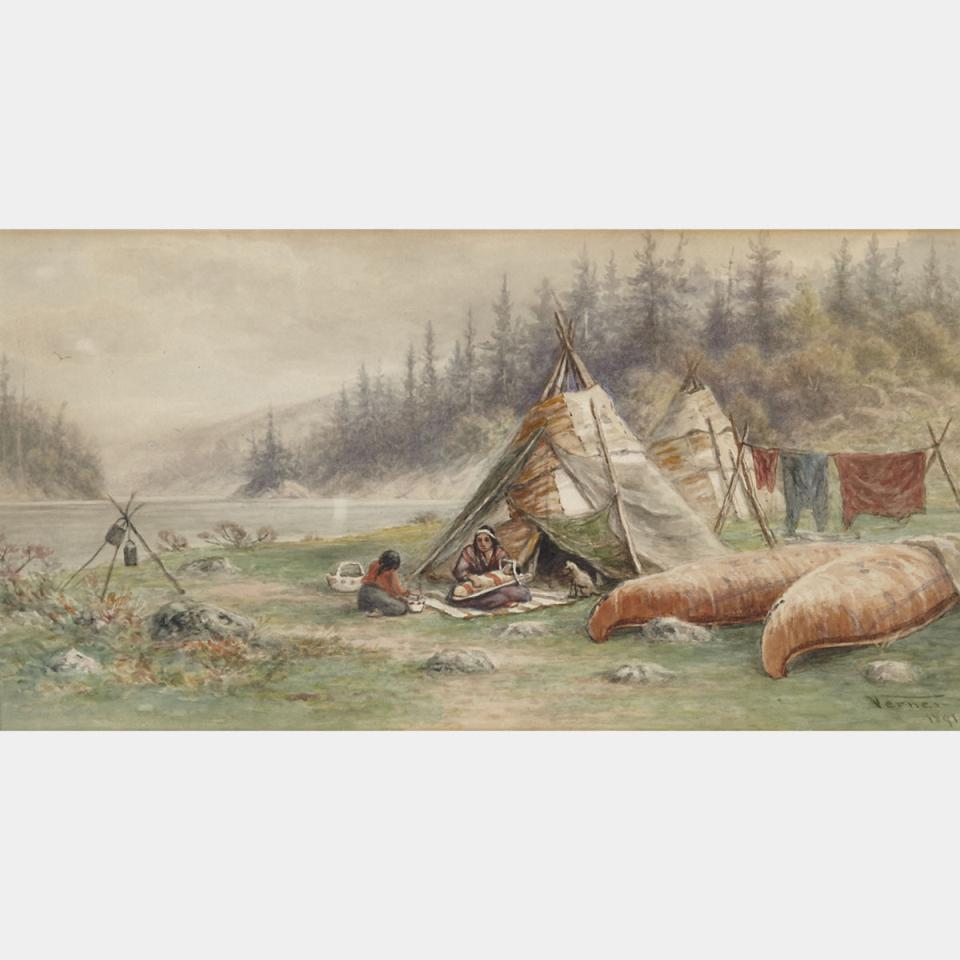 The Shebandowan Lakes are located to the west of Thunder Bay along the route of the Red River Expeditionary Force (Toronto to Fort Garry). According to Joan Murray, Verner first travelled west to the Red River Valley in 1873. On that trip, he would have encountered Ojibway encampments similar to the one depicted in this lot.

While not contemporaneous with that first journey of discovery, this watercolour would have been based on a large repertory of notes and sketches compiled by Verner at that time and upon which he drew liberally throughout his career.