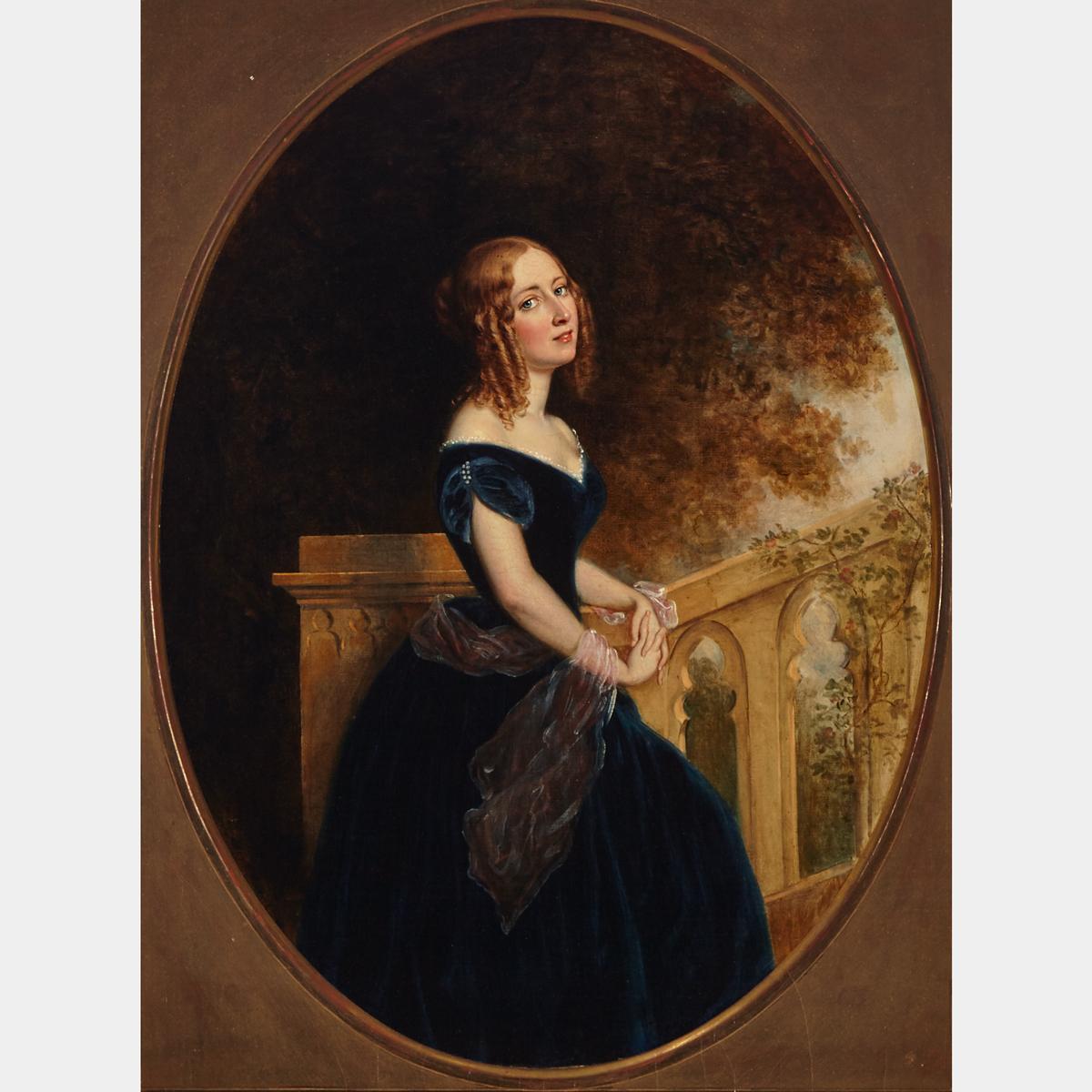 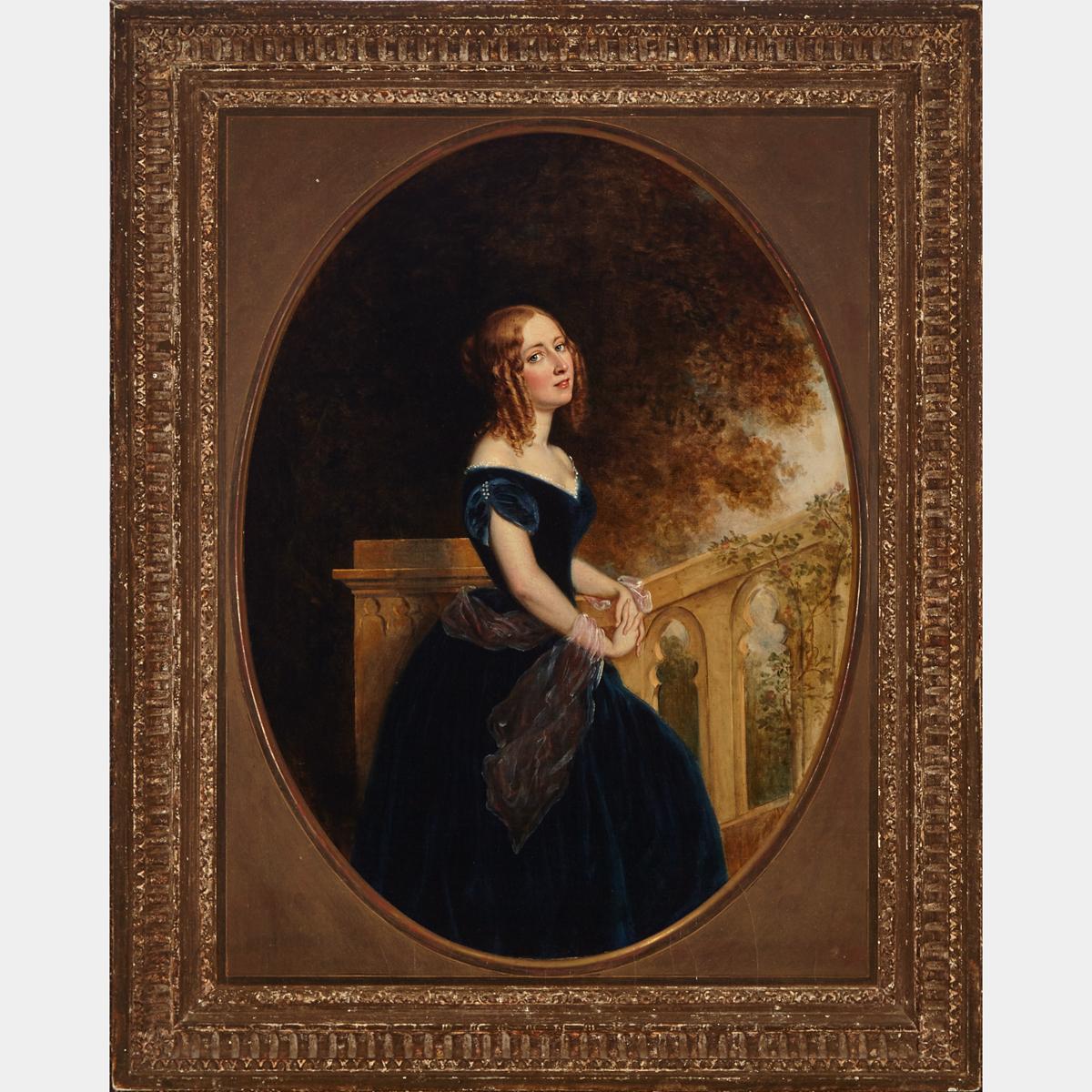 George Berthon was born in the Royal Palace of Vienna and was the son of René Théodore Berthon, court painter to Napoleon I. He emigrated to Canada in 1841 and established himself in Toronto by 1844 executing portraits of Bishops, Mayors and Chief Justices. As portrait painter to the upper echelons of the Canadian Establishment, Berthon’s works figure prominently in major collections such as that of the Art Gallery of Ontario (The Three Robinson Sisters) and Law Society of Upper Canada (Portrait of Sir John Beverley Robinson, Chief Justice of Upper Canada - which is considered to be his masterpiece).

In the 1971 exhibition of the Loeb collection organized by Pierre Théberge, the sitter of this work was described as the wife of John Beverley Robinson (1791-1863), Chief Justice of Upper Canada, 1830-1862. However, scholarship on pre-Confederation art is always evolving and countless other works by artists from this period have been misidentified or misattributed in the past. At the time of the 1971 Loeb traveling exhibition, Berthon’s record books from the artist’s family had not yet been made public. With this information now available, the sitter has since been identified as Mrs. James Lukin Robinson, John Beverley Robinson’s daughter-in-law who married James Lukin Robinson (1818-1894) in 1845 – the year this work was executed. Like the portrait in the collection of the Art Gallery of Ontario of Mrs William Henry Boulton, 1846, with which it shares many affinities – pose, posture, setting, attention to detail, oval format and size – this could also be a wedding portrait.