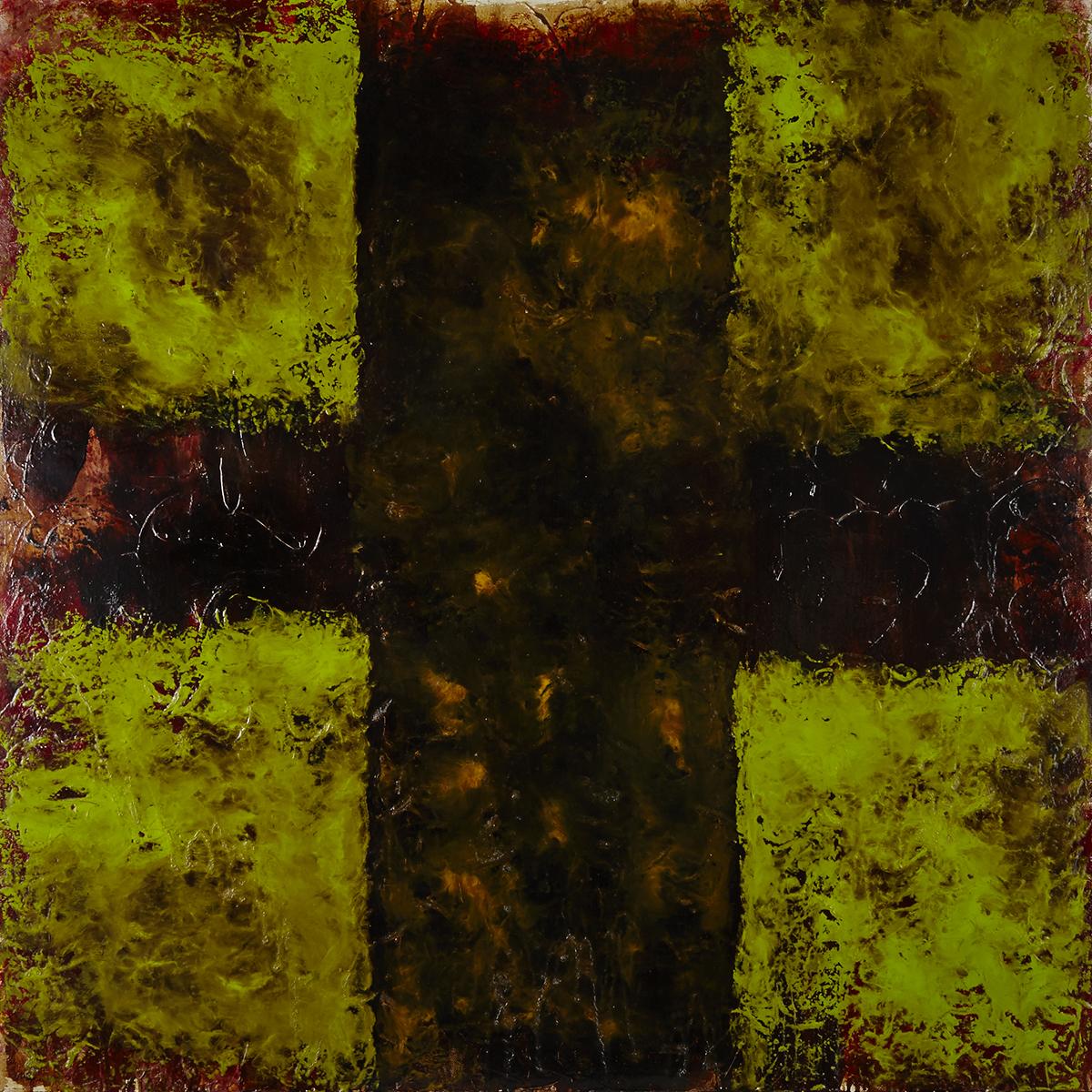 Colour in Depth, the apropos title of the Montreal Museum of Fine Arts’ 1987-88 retrospective of Jean McEwen’s work was the artist’s sole focus for 30 years: the question of how a flat surface could , without the traditional devices of perspective and shading (chiaroscuro), create depth. As early as 1955, McEwen identified an approach that would determine the course of his efforts for years to come. Naubert-Riser explains: “...[his] painting would be closely identified with the two-dimensionality of its support, and the logic intrinsic to the canvas would now determine the organization of its planes.” She continues: [1963] was a year of significant transition...what can be discerned is a gradual movement away from the dominant vertical composition towards a cruciform structure. The introduction of the cruciform shape onto the pictorial plane allowed the artist to bring into surface evidence an element of support: the cross-shaped struts across which the canvas is stretched. The far corners and their relationship with the central shape became, for a time, the focal point of McEwen’s investigation.”

The Estate of Oscar Peterson, Ontario