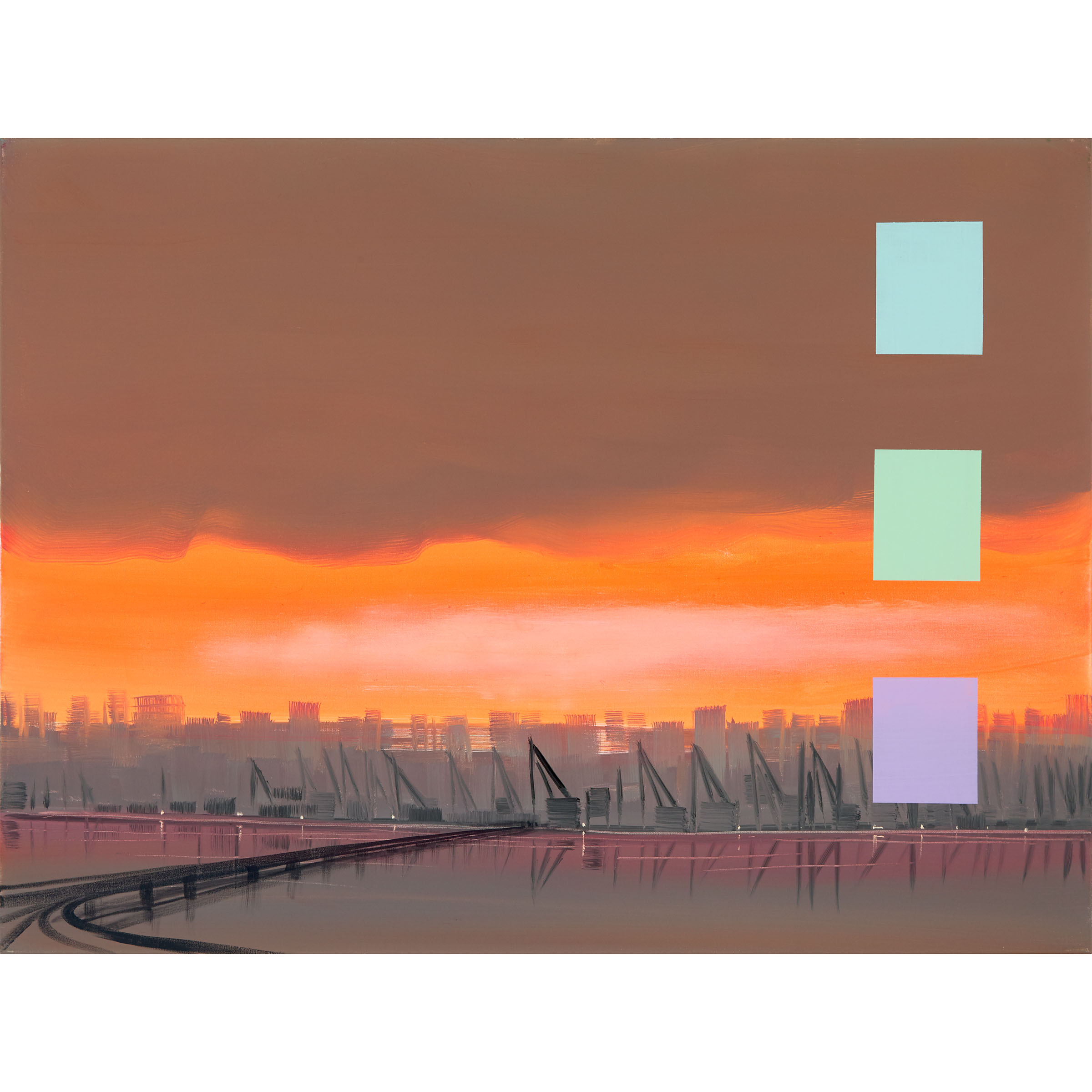 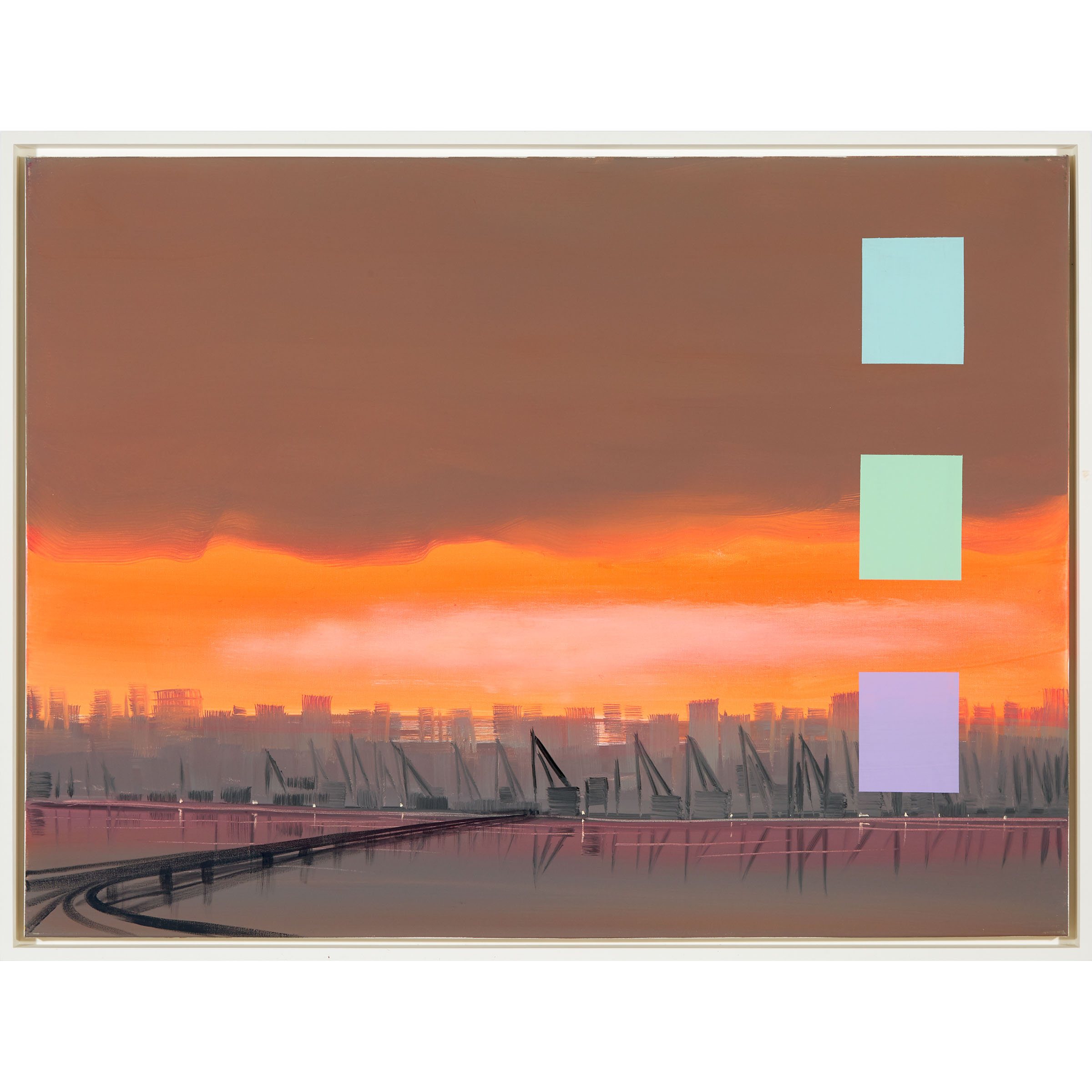 Early in the new millennium, Wanda Koop, like many of us, was glued to her TV, watching the 2003 Iraq War and trying to interpret the first, fuzzy images being broadcast out of Baghdad. For weeks, CNN and Fox News ran play-by-plays of the shock-and-awe campaign and Koop found herself mesmerized by the visual complexity of the coverage. Hazy green orbs hung in the televised darkness. Flames raged under flare-riddled skies. It was unclear exactly what was happening and the murky imagery would soon become a metaphor for a nation left in the dark while its leaders waged a protracted and unnecessary war.

Koop seized on the televised confusion. Her paintings typically present landscape through a technological lens – either a viewfinder or screen of some sort. In this case, she focused on the rectangular graphics hovering above footage of Iraq. Known as Chyrons, these animated shapes report on an endless stream of additional information: sports scores, stock prices, and upcoming programming. Koop dispensed with the text and kept the laconic blocks, using them to remind us of the layered lens through which we interpret the world. The result was one of her most iconic and beloved series: Green Zone.

This arrestingly beautiful painting is part of that Green Zone series, which in 2011 culminated in a major solo exhibition at the National Gallery of Canada. Its Day-Glo orange and ethereal taupe are among the artist’s signature colours, while the soft blue, green, and violet Chyrons, hanging like windows in the sky, are unmistakable trademarks of the Green Zone period. Even as it flickers with conflict, the painting delights the eye, keeping its viewer toggling between sharp, frontal abstraction and a bay that Koop recalls having seen televised at the time. She points out that harbours like this one recur throughout her work, perhaps owing to the time she spent living in places like Rotterdam – Europe’s largest port – or travelling the length of the Saint Lawrence River aboard a commercial container ship in preparation for her equally seminal SEEWAY series. In Koop’s work, the harbour is a place of possibility and of deep reflection, a departure point and a safe haven. In its presence we are elsewhere, and always, acutely, home.

The work is in excellent condition with no visible issues to report.