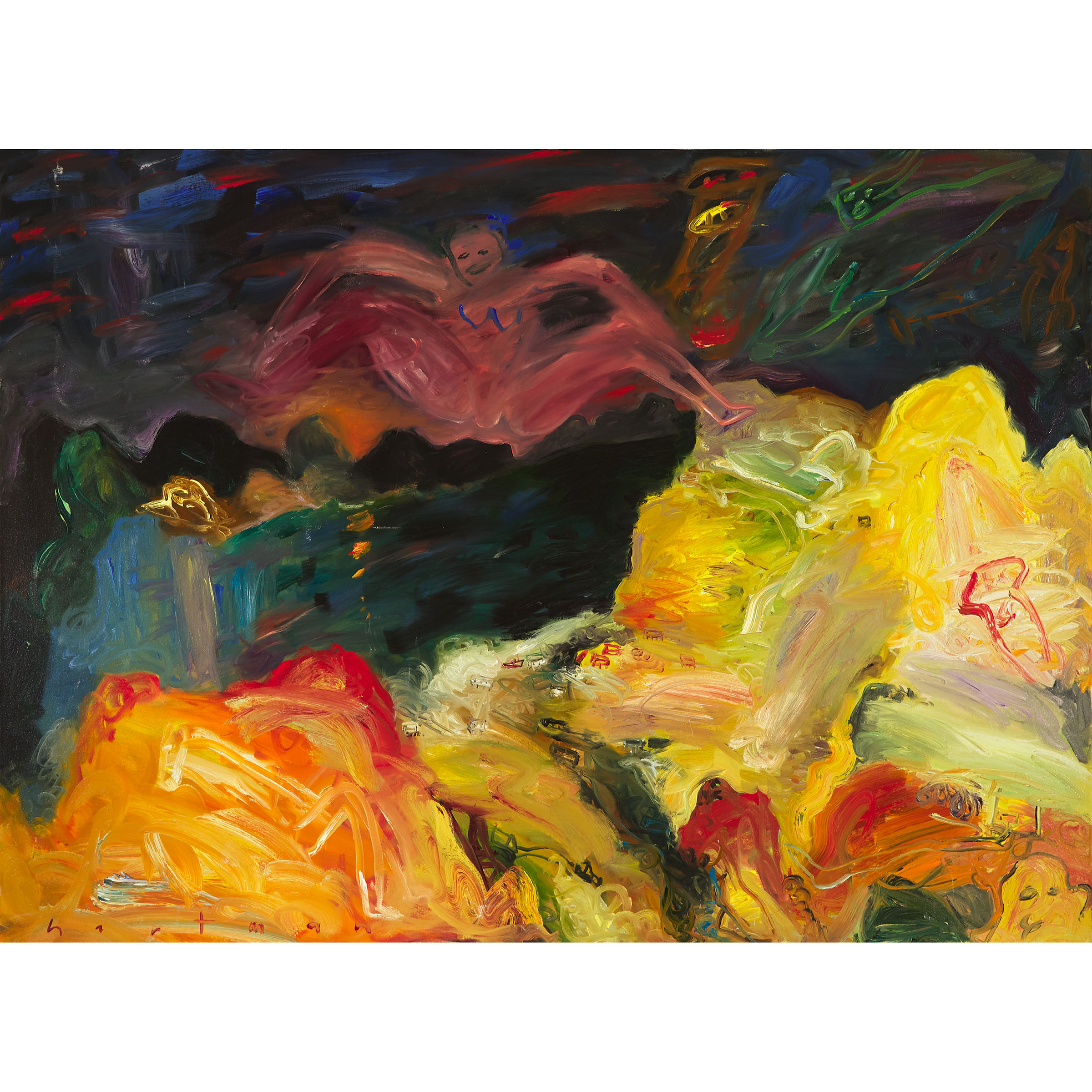 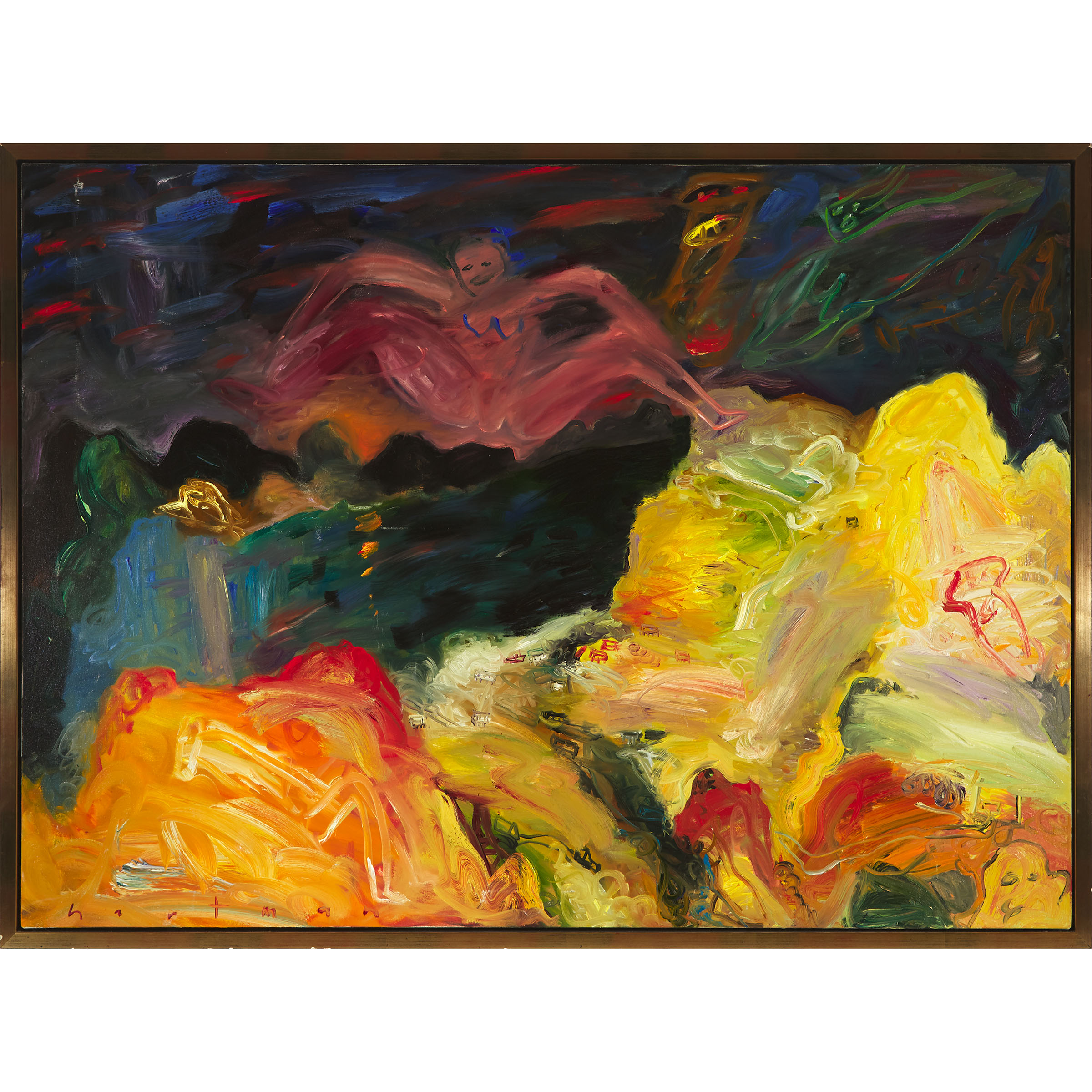 Among John Hartman’s earliest interests and influences were the German Expressionist paintings of Die Brücke – in particular, Emil Nolde (1867-1956) – the Belarus-born Paris painter Chaïm Soutine (1893-1943), American Marsden Hartley (1877-1943) and the 1980s neo-expressionist work of Germans Jörg Immendorf, Georg Baselitz and A.R. Penck.[1] 1 He described them as the“on-going dialogue with art history.”[2] 2 By the mid-1980s Hartman developed his own unique approach to “place, story and memory”[3 ] 3 to register not only the rugged Canadian Shield environs of Simcoe County and the Georgian Bay shoreline (Hartman was born in Midland and established his home and studio in Lafontaine), but histories, mythologies and people of the community. Hartman used the sky as a compositional space to populate with narrative image episodes. In part, this is a reference to historical Western religious and allegorical painting – visions that come from the sky.

In November 1989, he travelled to Cape Dorset, invited by Terry Ryan, the founding manager of the now Kinngait Studios for a month-long residency. Hartman worked alongside young and senior artists such as Kenojuak Ashevak in the lithography workshop and taught a course in drawing at what is now Nunavut Arctic College. He also made ink on paper sketches and pastel drawings of the community and people working in the print shop. On return, Hartman made watercolours, pastels and oil paintings based on his studies and memories of the Cape Dorset experiences. Dorset, Night Figure is among the (approximate) eight paintings; three were triptychs. This was a critical moment of Hartman’s development of vigorously expressive paintings.

The female figure in the sky – in a birthing position – had appeared in work prior to the Cape Dorset sojourn, and after. But Hartman noted that the setting of a night sky, a nighttime harbour with the landscape of the town and its surrounding mountains, painted in yellow, was new to his work. Three Cape Dorset paintings were first shown in a solo exhibition at Cambridge Galleries in 1990, and most recently, pastel on paper works at Feheley Fine Arts in 2018. Titled Kinngait Memories – John Hartman in Cape Dorset, the exhibition included works by Shuvinai Ashoona, Qavavau Manumie, and Jutai Toonoo. Hartman’s Dorset-subject printworks are represented in several public gallery collections; the triptych Kadloona Come to Cape Dorset, 1990, is in the collection of the Canada Council Art Bank.

Hartman’s work is represented in more than 35 public collections in Canada, as well as The British Museum. In 2020 he was appointed as a Member of the Order of Canada.

The work is in excellent condition with no visible issues to report. Under ultraviolet light, nothing fluoresces.