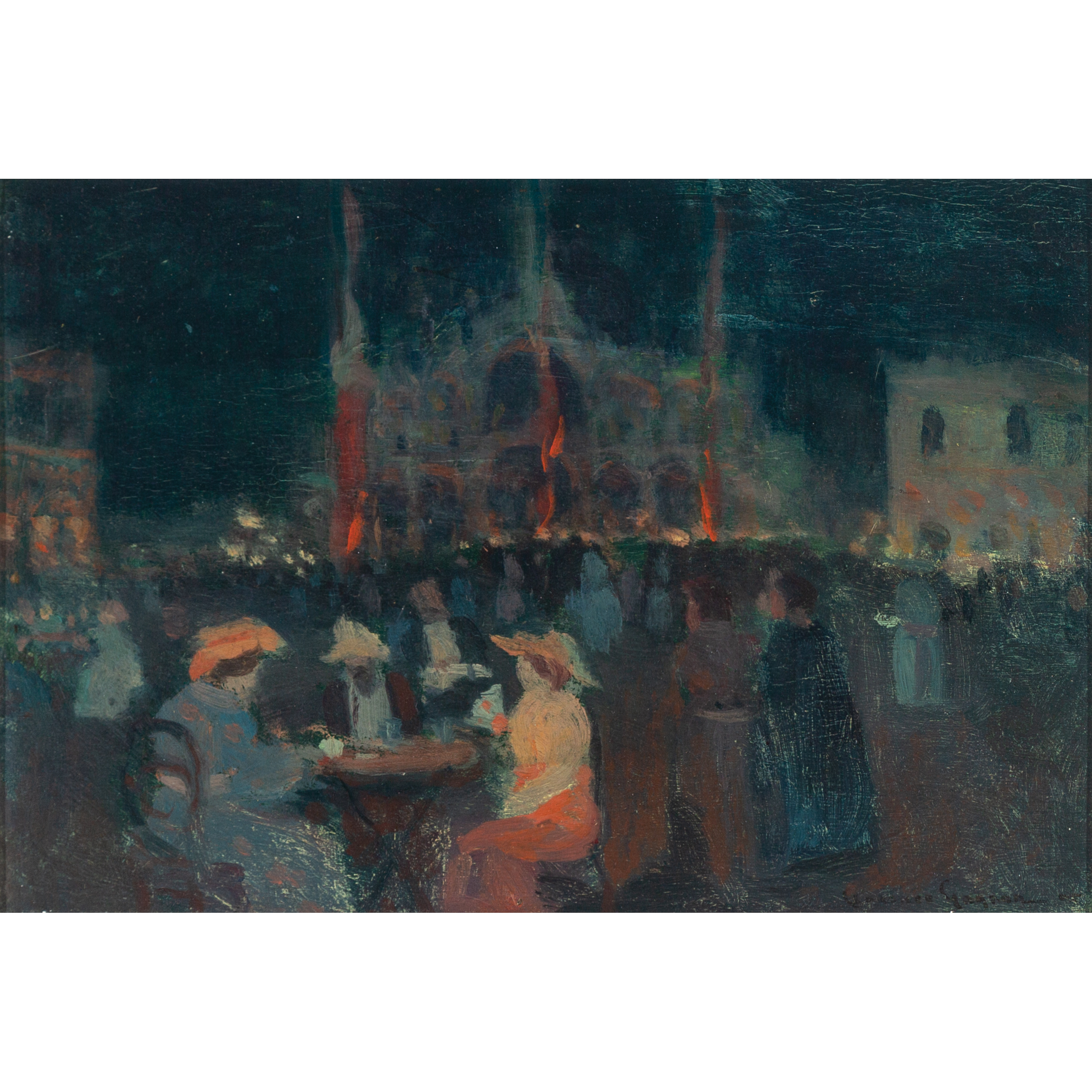 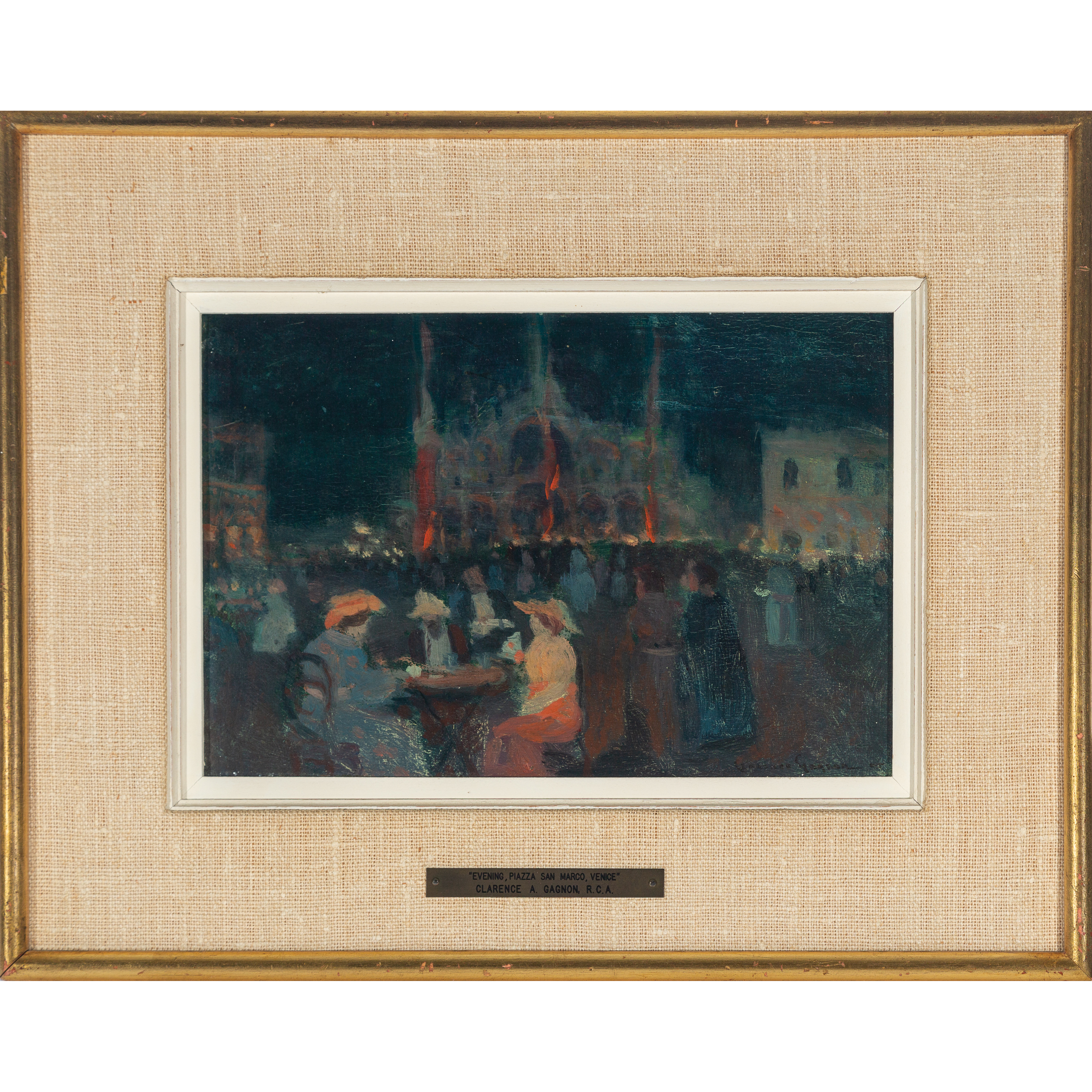 Entering the Impressionist scene at the tail end of the massively influential movement, Gagnon’s pochades embody the essence of the movement by capturing fleeting moments of time through the use of light and colour. Rushing waters, drinks at a café, and the beauty of a calm winter’s day are treated with romantic nostalgia, giving the feeling of being a voyeur into a past world.

Although best known for his definitively Canadian scenes, Gagnon travelled throughout Europe during the height of his artistic output. While living and training in Paris, he gained a mentor in fellow Canadian Impressionist, James Wilson Morrice. Taking walks together along the Seine, Morrice encouraged Gagnon to capture the essence of a moment. During this period, Gagnon produced works with decidedly European content for both Canadian and European audiences. After exhibiting successfully at the prestigious Salon des Champs-Elysée, he returned to Canada an award-winning artist with a new international audience.

These three works represent the tension Gagnon felt throughout his career: his love of his home and the inspiration he drew from his experiences in Europe. After Sunset, Baie St. Paul (lot 15) is distinctly Gagnon as his passion for his native Quebec is expressed through the innovative use of colour that emanates warmth – even in a snowy, winter scene. Evening, Piazza San Marco (lot 45) is representative of works produced while living in Europe. Perhaps inspired by his walks with Morrice, Gagnon’s trademark use of colour lends brightness and playfulness to the night scene.

The influential 1913 exhibit of Scandinavian art in Buffalo, NY is cited as inspiration for Gagnon’s travels to the area. The parallels drawn between the Nordic landscape with Canada’s was evident to many Canadian artists and many, including Gagnon, flocked to Scandinavia. In First Snow, October, Dalen Norway (lot 14), the interchangeability between the two regions is evident. Adhering to the impressionist tenet of emphasizing the general over the specific, Gagnon has created a landscape that does not convey a specific location, but rather a feeling. He himself stated: “The motif remains fixed in my mind, and I don’t allow myself to be captivated by the charms of a new landscape. In Switzerland, Scandinavia – everywhere, I recall my French Canada.”