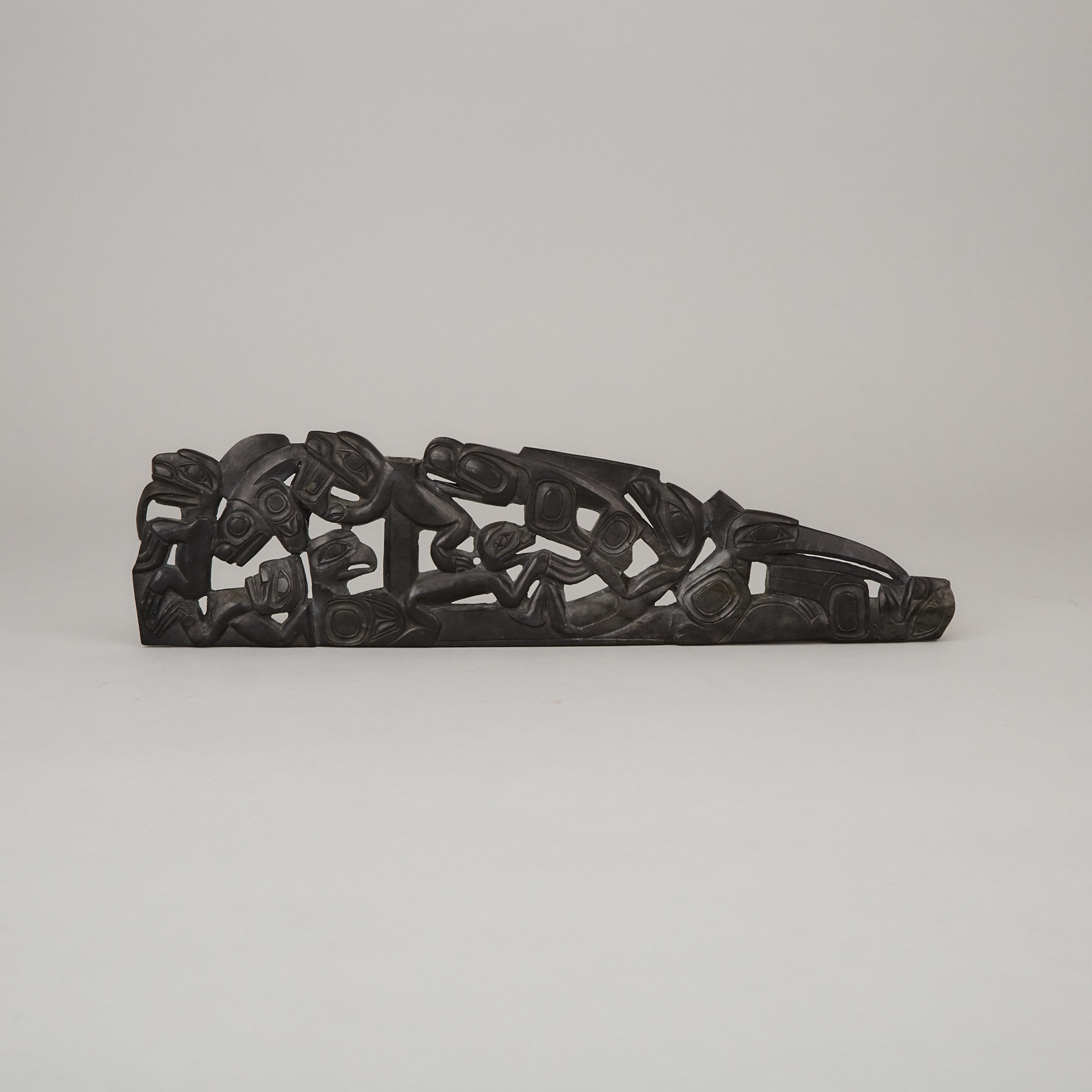 This fine example of a Haida panel pipe, created from argillite, was produced most likely between the 1830s and 1870s. Panel pipes were specifically made for commercial trade. The pipe is adorned with ten figures, an interlocking array of animals, birds and sea creatures that are specific to the Haida spiritual world.

This particular piece has an illustrious provenance. The pipe was part of the collection of the Honorable George William Allan (1822-1901) who was the principal patron of the Canadian artist, Paul Kane (1810-1871). The current owner is a direct descendant of G.W. Allan.

Kane travelled across the country between 1845 and 1848 sketching the Indigenous Peoples he met and the Canadian landscape. We know that he was in Fort Victoria in 1847, where the Haida people traded. It is also known that Kane recruited Hudson’s Bay Company employees to make acquisitions on his behalf that were shipped to him in Toronto. It is probable that Kane acquired this pipe during this period.

George William Allan directly purchased Kane’s entire artifact collection, along with his paintings and field sketches in the 1850s. Much of it is now housed in the Royal Ontario Museum and the Manitoba Museum.

By 1856 the collection was housed at Allan’s home in Toronto. Allan’s daughter, Maude Cassels, recalled the collection fondly: “[the collection] survived its worst enemies, loan exhibitions and moths, besides the dusting of the housemaids, the handling of visitors and the curiosity of the seven children, who grew up under the same roof with it.”

There is no denying the strong connection between the artist and his patron. The current owner, a direct descendant of G.W. Allan, is a testament to the strong provenance of the piece.

Collection of the Honourable George William Allan
By descent to Private Collection, Ontario