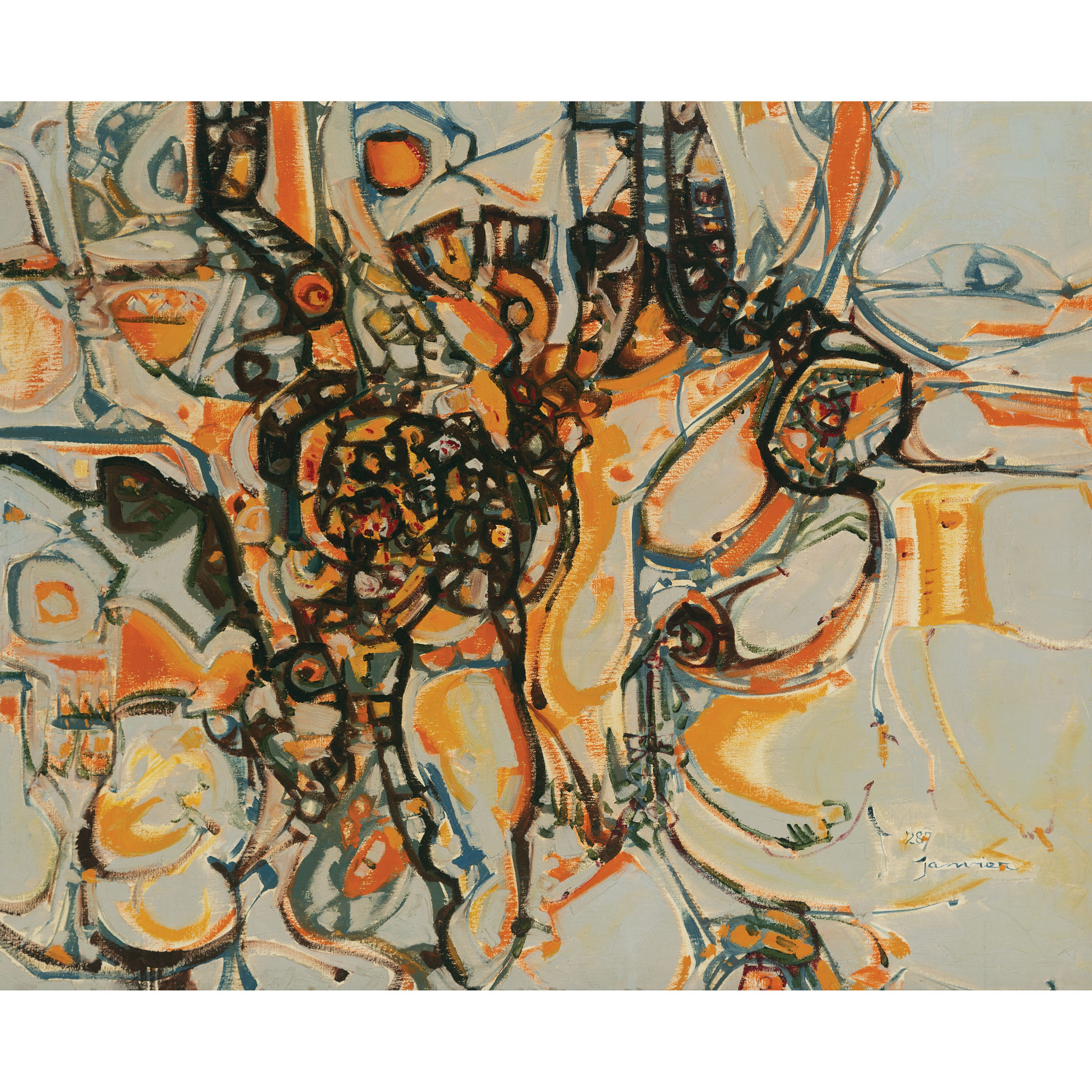 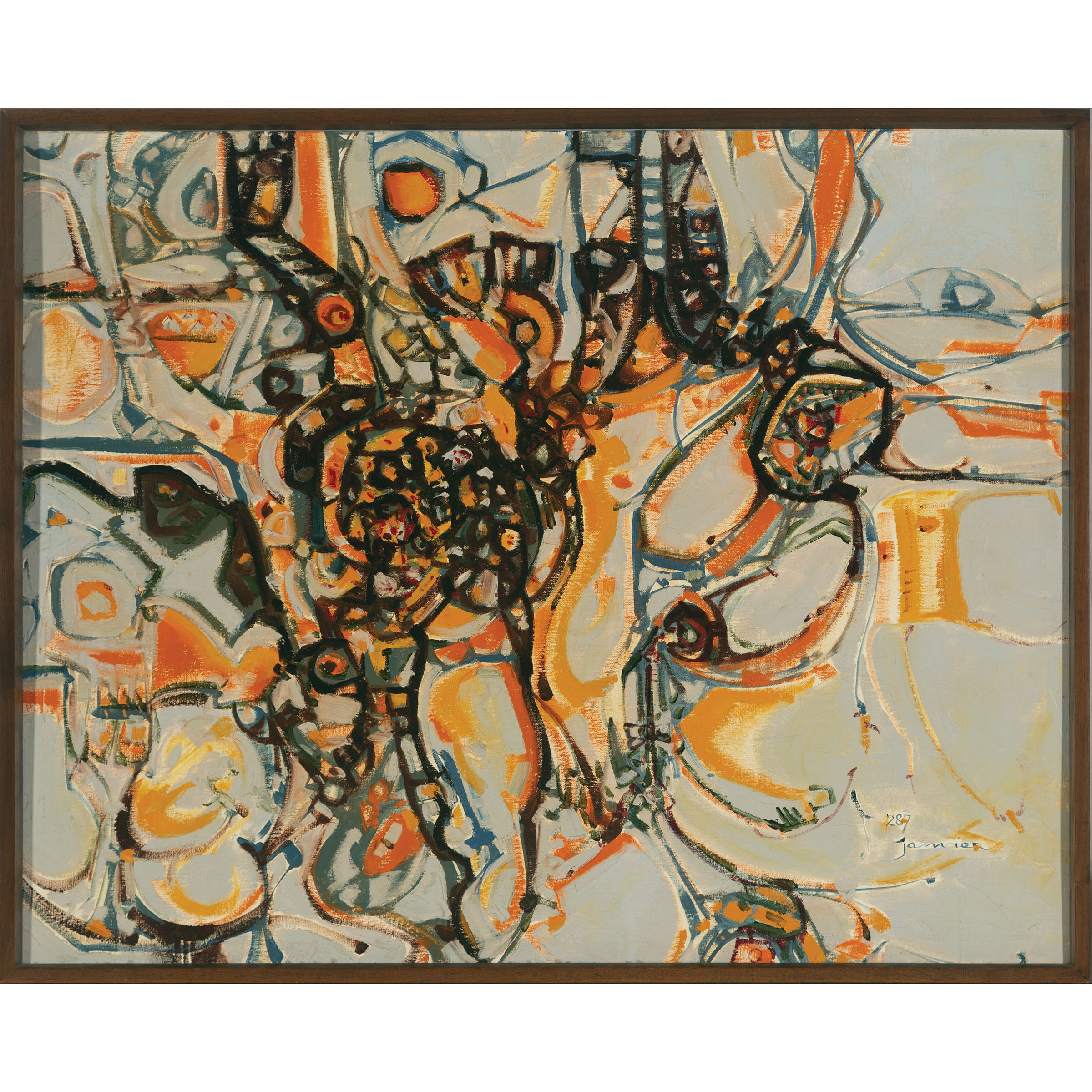 At the age of eight, Alex Janvier was sent to Blue Quills Indian Residential School in St. Paul, Alberta. Members of its staff recognized his artistic potential and encouraged him to pursue formal art training at the Provincial Institute of Technology and Art in Calgary (now the Alberta College of Art and Design). He was one of the first artists of Indigenous ancestry from Canada to receive professional arts training. Following graduation, he also became one of the first to be hired for a faculty position in studio art.

Janvier’s early work was influenced by European Modernism; in particular, by Expressionist and Surrealist painters including Wassily Kandinsky, Joan Miró, and Paul Klee. He combined these influences with a deep affection for Dene quill and beadwork and would come to identify himself at this time as the “First Indian Modernist.”

Janvier’s work of this period is characterized by heavy use of line, muted colour palette, and fractured forms. Power Struggle is a tempest of movement and pigment where several figures and objects emerge from the canvas. This, coupled with its evocative title, may reference Canada’s treatment towards Indigenous peoples and Janvier’s own experiences living on-reserve and surviving Residential School. To this end, the painting is not only signed using his surname but also with “287,” the number associated with his band treaty. This signage represents Janvier’s commitment to resisting government interference to his identity and that of all Indigenous peoples in Canada. A year after the painting’s completion, Janvier helped organize the Indians of Canada Pavilion for Expo ’67 in Montreal. In time, the composition of his paintings would loosen considerably, growing intense with colour and ebbing linework. During the 1970s, he joined the Professional Native Indian Arts Inc. (PNIAI), an Indigenous artist collective that included members Norval Morrisseau, Daphne Odjig, Carl Ray, Joseph Sanchez, Eddy Cobiness, and Jackson Beardy. The collective attempted to break cultural and political stereotypes by demanding recognition as professional artists of Indigenous descent.

We thank Matthew Ryan Smith, Ph.D., Curator and Head of Collections at Glenhyrst Art Gallery in Brantford, Ontario, for contributing this essay.