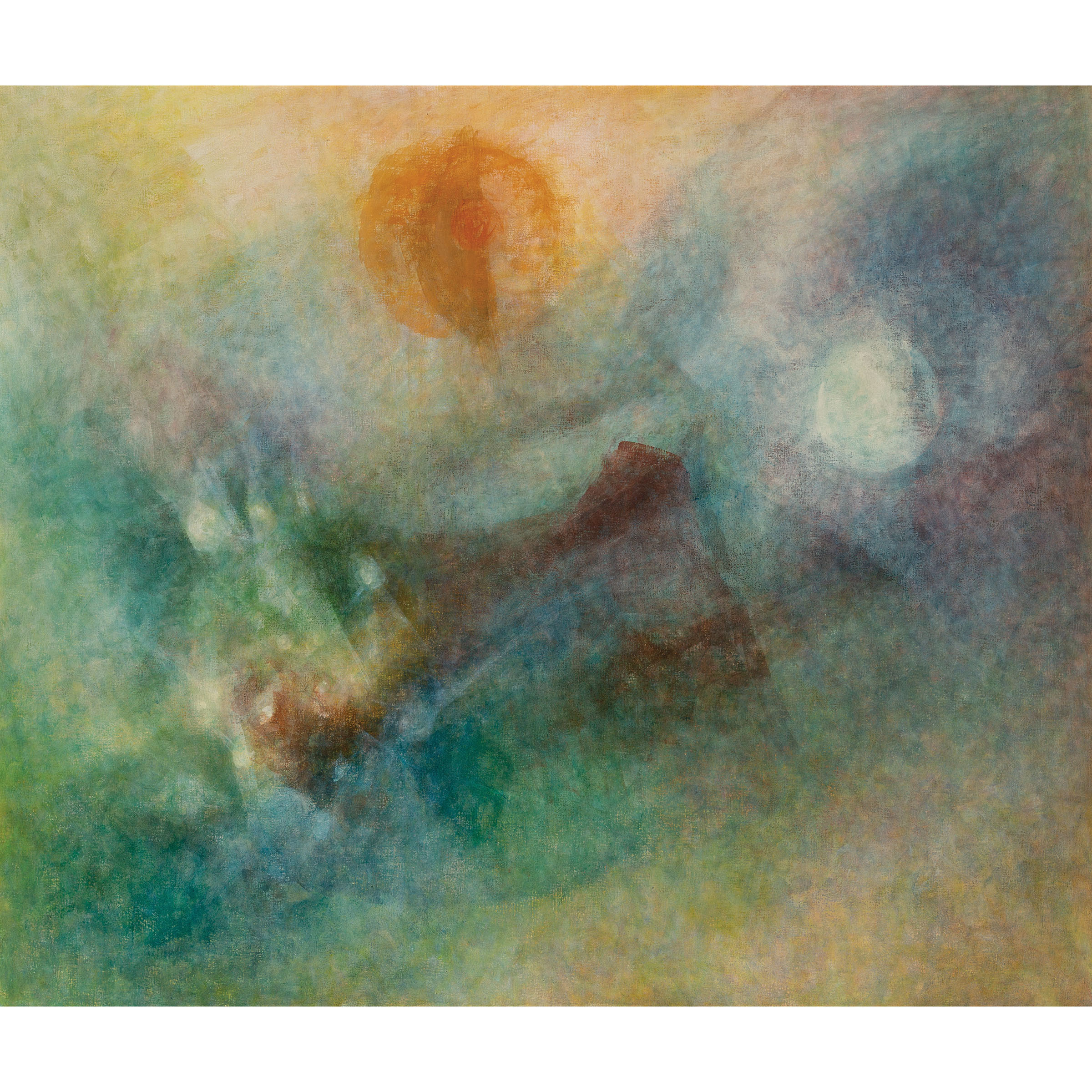 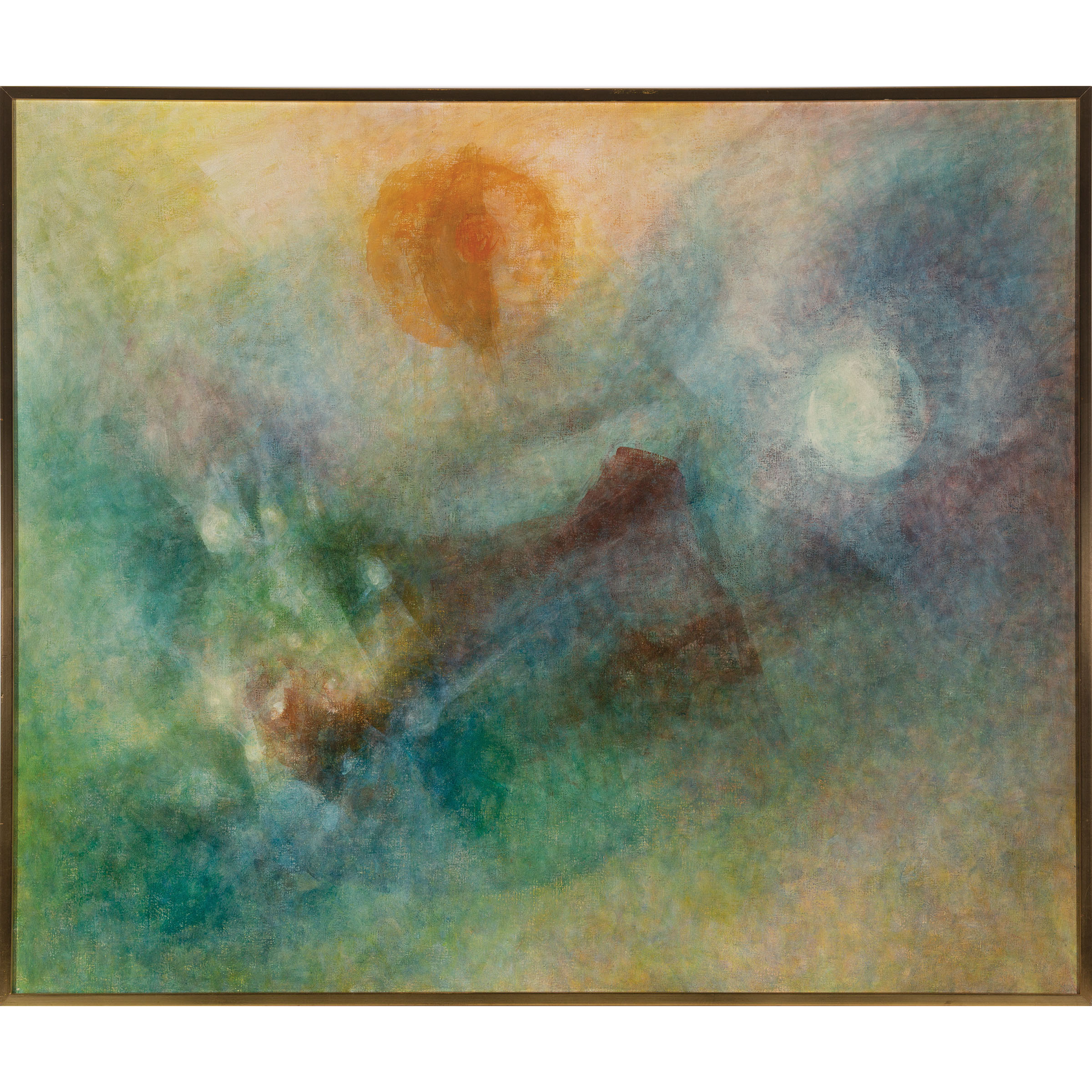 Michael Forster’s painting career was perhaps defined by the artist’s restlessness. Born in Calcutta (Kolkata) in 1907, he spent his childhood in northern colonial India. After the death of his parents he was schooled in England, where he attended London’s Central School of Arts and Crafts, and by 1928 he had moved to Toronto, where he worked as a commercial painter. After working as an official war painter during the Second World War, stationed with the Royal Canadian Navy, he moved to Montreal in 1949. Here, he wrote articles supporting the Automatistes, and honed his surrealist practice inspired by the writings of André Breton: painting through free, unconscious gesture. Forster claimed that his paintings were never planned in advance but rather created through the demands of his subconscious, maintaining that, “the way it is with painting, you don’t know what you’re looking at until you find it.”1 It was at this time that he also began to experiment with media, experimenting with painting textiles, using dyed 35mm film to create light-based works, and the use of industrial paints (this can be seen in Lot 21 of this auction, where striated lines of Duco paint are applied to gloss newsprint.)

Forster settled in Mexico for an extended period from 1952-1963. Undergoing an ongoing cultural renewal led by the Muralists, Mexico provided a lively and inspiring environment for many Canadian artists at this time, including R. York Wilson, Leonard Brooks, and Jack Nichols. Here, Forster would continue to experiment with his practice, largely moving away from his earlier figurative work towards a focus on abstraction and colour. It was the prevailing quality and depth of light that would most impact Forster, and it was the intensity of the country’s vibrancy that he would come to emulate in his painting.

This can be readily seen in Sun Comma Moon, produced shortly after his return to Canada and while he had begun painting with acrylics. Shifted colour and tilted light refract in a thin, opalescent surface. Lyrical and poetic, a soft flurry of atmospheric emotion that recalls slow afternoon sunbeams through tinted glass, or vast nebulaic dust motes. We can see Forster’s surrealist heritage, as forms rise and dissolve through the diluted surface. Here, light emerges from the sun as well as the moon, both partially concealed - existing not in opposition but concurrently, as two parts of the same phrase. The work breathes with an underlying urgency, heaves and sighs with delicate ripples of colour.

This lot is an exceptional example of an audacious voice in Canadian mid-century art. Forster returned to England in 1975, settling with his sister in Cornwall, where he remained for the rest of his life.