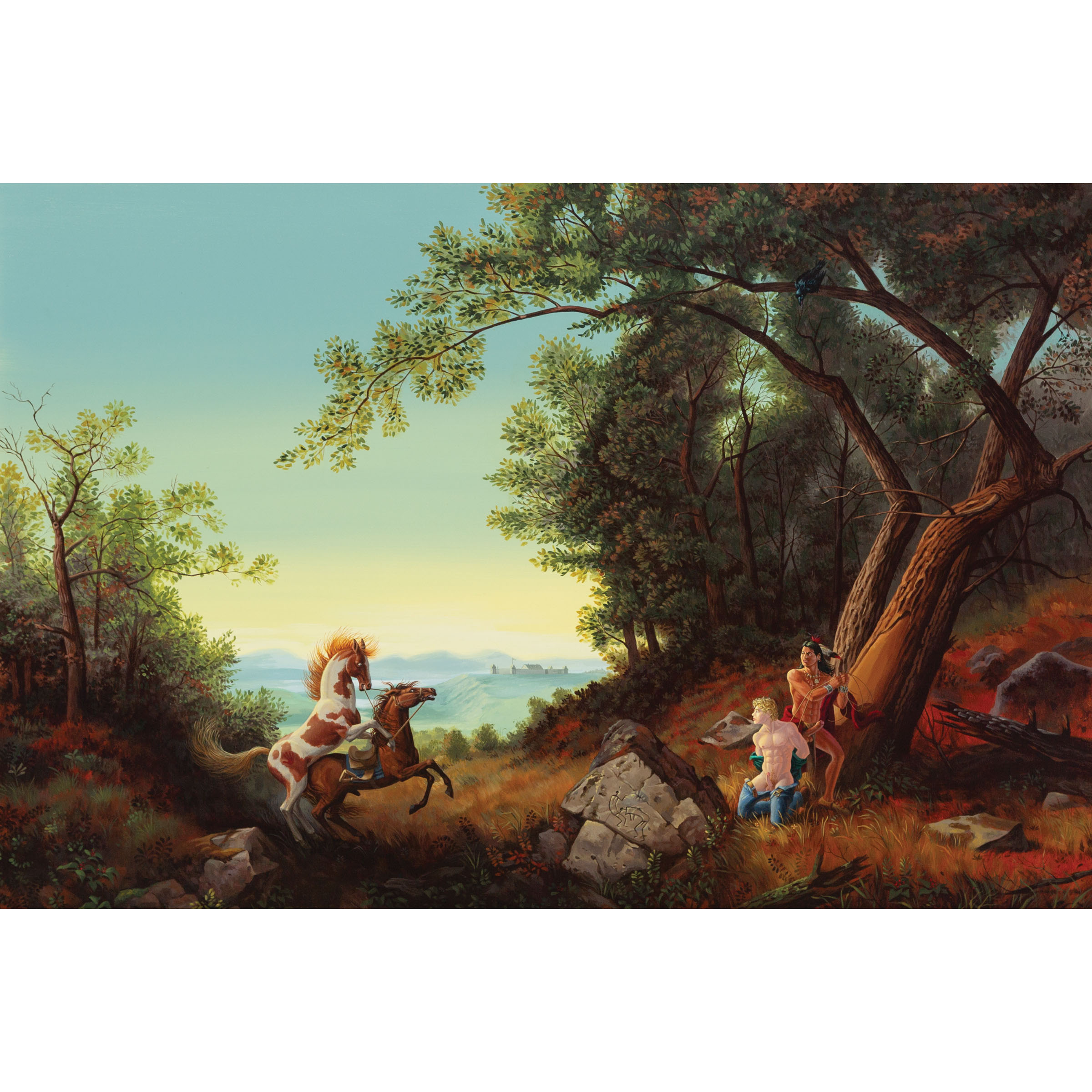 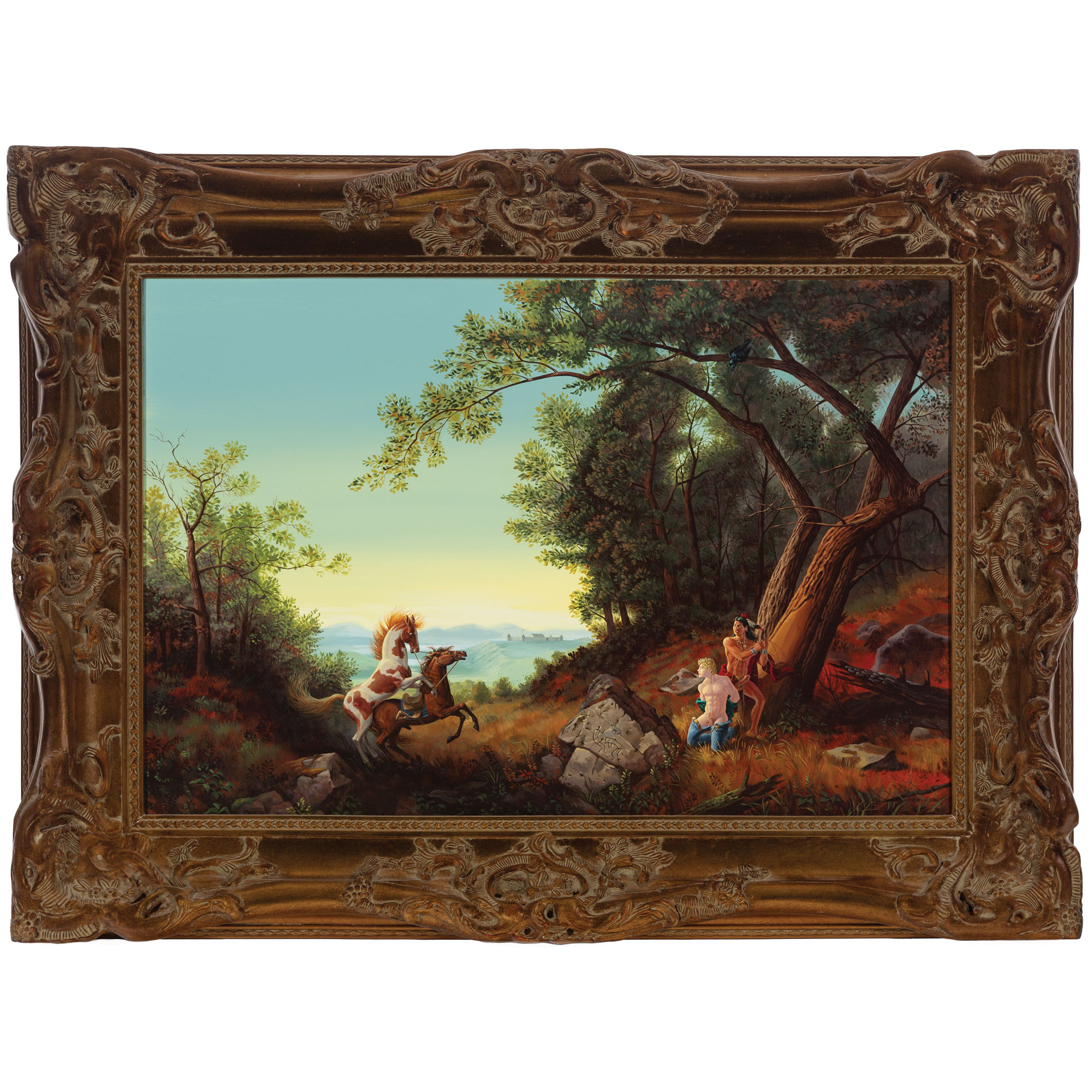 Paul Kane painted Fort Edmonton, the Hudson Bay Company outpost that overlooked the North Saskatchewan River, between 1849 and 1856. Set against a sublime pastoral landscape, Kane’s outpost rests atop a sun-struck hilltop while a grouping of teepees stand below. Kane’s physical placement of the HBC outpost high above the Indigenous community should not be easily dismissed. It suggests a racial hierarchy of European civilization over others and is reflective of their paternalistic treatment toward Indigenous populations. Moreover, Kane’s romanticization of a Christian cross and the flag of empire are further evidence that Fort Edmonton is steeped in colonial ideology.

We thank Matthew Ryan Smith, Ph.D., Curator and Head of Collections at Glenhyrst Art Gallery in Brantford, Ontario, for contributing this essay.