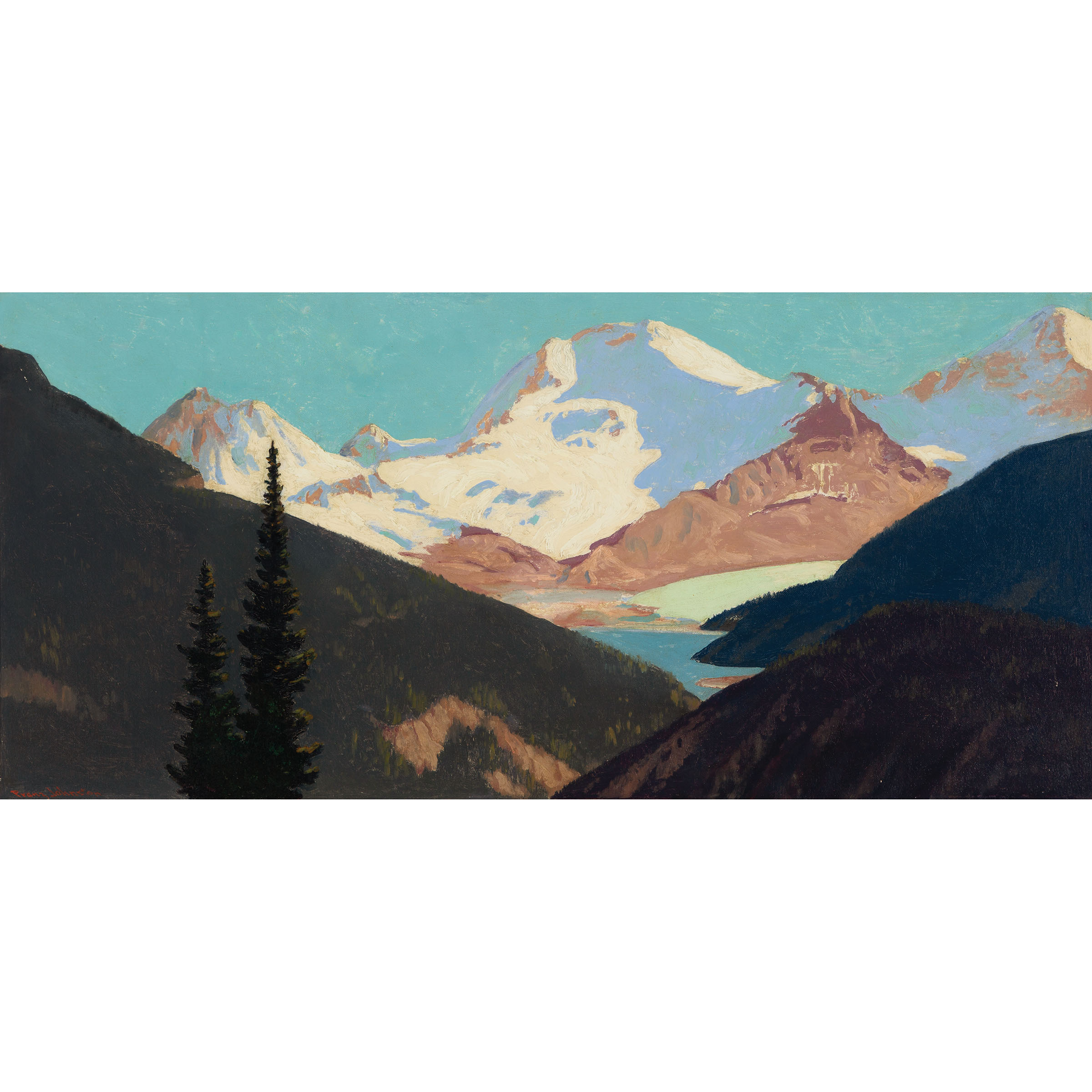 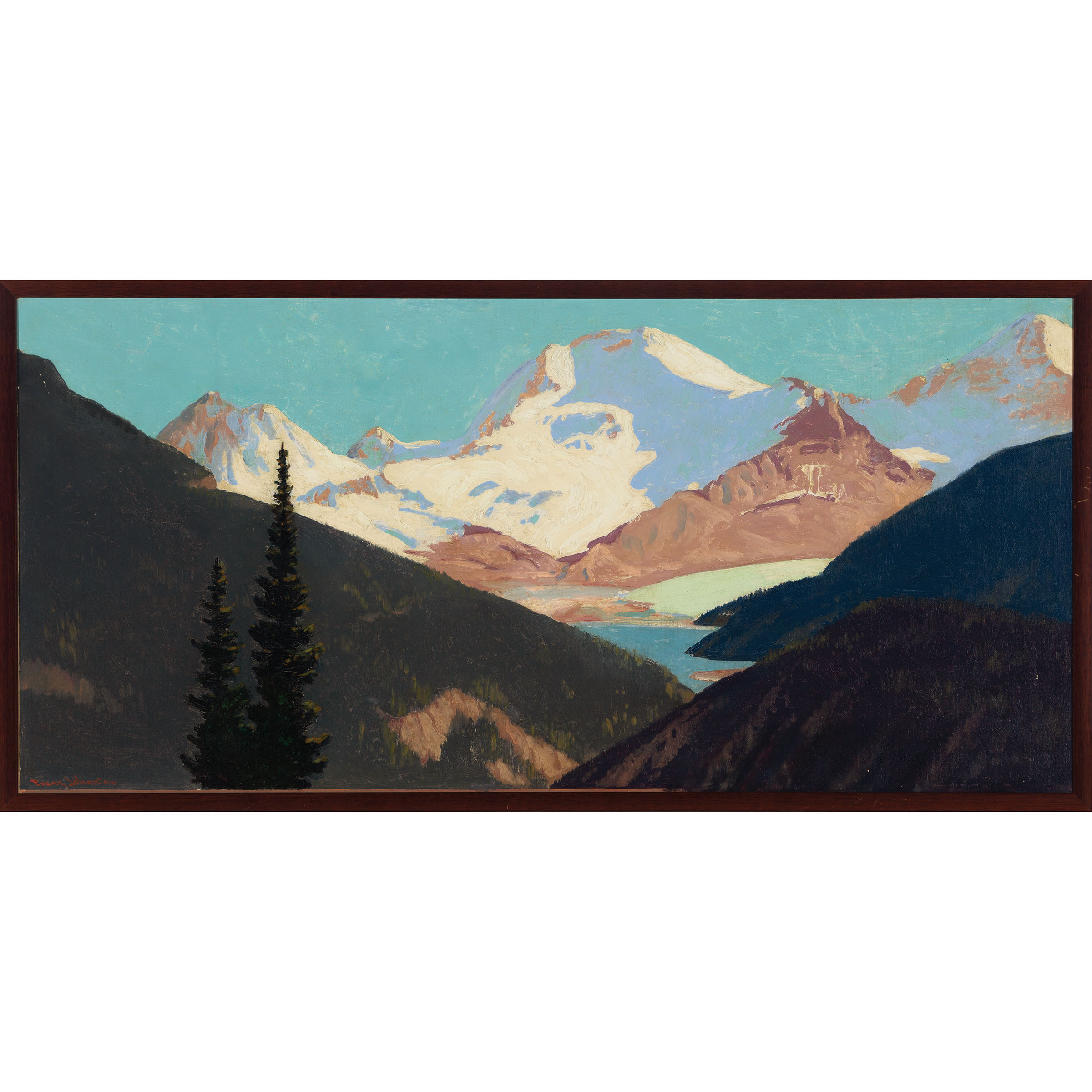 1924 was a watershed year for art depicting the Canadian Rockies. Lawren Harris, A.Y. Jackson, Arthur Lismer, and J.E.H. MacDonald were all painting in various places between Banff and Jasper, at various times. In July of that year, the Canadian Pacific Railway sent Frank H. Johnston west from Winnipeg, where he was living at the time, on a sketching trip to create advertising material for their promotional brochures. We also know that he visited Jasper, which was of interest to the CPR and had been opened up by their regional competitor the Grand Trunk Pacific Railway in 1911. But Jasper National Park is huge, and the mountains of its southern regions, which this fine work depicts, were a much more challenging venture to reach.

Previously described as “View from Banff” and “Lake O’Hara,” this work in fact depicts Mount Athabasca, the centerpiece of the Columbia Icefields. Mount Andromeda shows to the right of
Athabasca, both seen from a location high up along Wilcox Pass. Wilcox Pass is an historic route and at the time, was the main trail linking Banff and Jasper towns. There was no road or train line that would have given Johnston access to this pass until The Glacier Trail (now the Icefields Parkway) was completed in 1940.

Johnston having accessed this remote area, either on his 1924 trip or later in 1930, is indeed remarkable. The CPR headed west at Field, some 146 kilometers south of the Icefields, and the Grand Trunk Pacific line in Jasper - which was by then known as the Canadian National Railway, was 106 kilometres north west. Travelling the Wilcox Pass route would have required a guide and pack train, and would have taken several days.

It’s possible and perhaps more likely that the work was executed from photographs provided by others, and the large format of the work certainly suggests its use as illustrative material,
perhaps as a banner or masthead on a brochure or poster. It is simply too large to have been a practical field study. While there are posters for both the CPR and the CNR in Johnson’s exhibition records in 1925, there are no additional titles of work that can be located in the vicinity of Wilcox Pass. The work’s support, however, suggests a more durable intention than illustration art, which was often discarded after use, thus inexpensive papers and boards were used. The work’s support of pressed board and execution in oil begs the question of its intention.

Regardless of its source or use, it is a sundrenched, fresh, and uniquely appealing work depicting a spectacular high-alpine location in the Rockies of Jasper National Park. One that brings a new set of questions about the extent of Johnston’s travels in the Rockies to the fore.

We thank Lisa Christensen for contributing this essay. Ms. Christenten is the past Director of Heffel Fine Art Auction House’s Calgary office, Curator of Mountain Culture at the Whyte Museum of the Canadian Rockies, and a freelance writer and guide. She is the author of four award-winning books on the mountainscape art history of Canada.