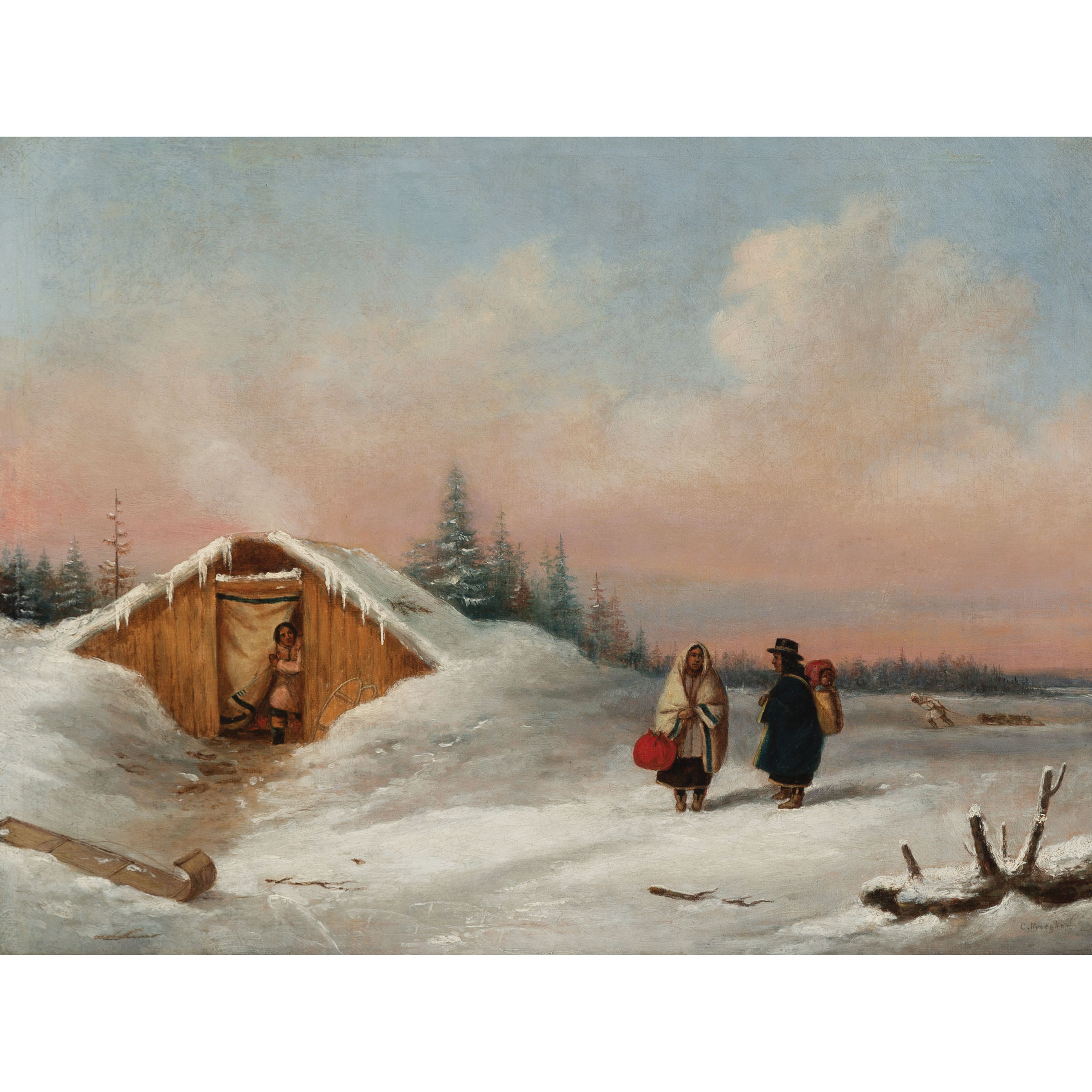 A rare opportunity, this beautifully preserved painting has not been seen publicly since 1966, when it was bought at auction in Montreal. After Cornelius Krieghoff completed the piece, it was brought to England by members of the Québec Garrison, where it made its way to Scotland. Against the backdrop of Krieghoff’s signature candy-floss clouds, we see a fur cache built into the side of a hillock. From behind a door flap made from a Hudson’s Bay blanket, a figure emerges, curious to see the two figures conversing outside the shelter. In the background, a trapper strains to pull a well-loaded toboggan through the snow, returning from a hard day’s work.

A similar painting is held in the permanent collection of the Montreal Museum of Fine Arts, Indian Hunter and His Family, completed in 1856.