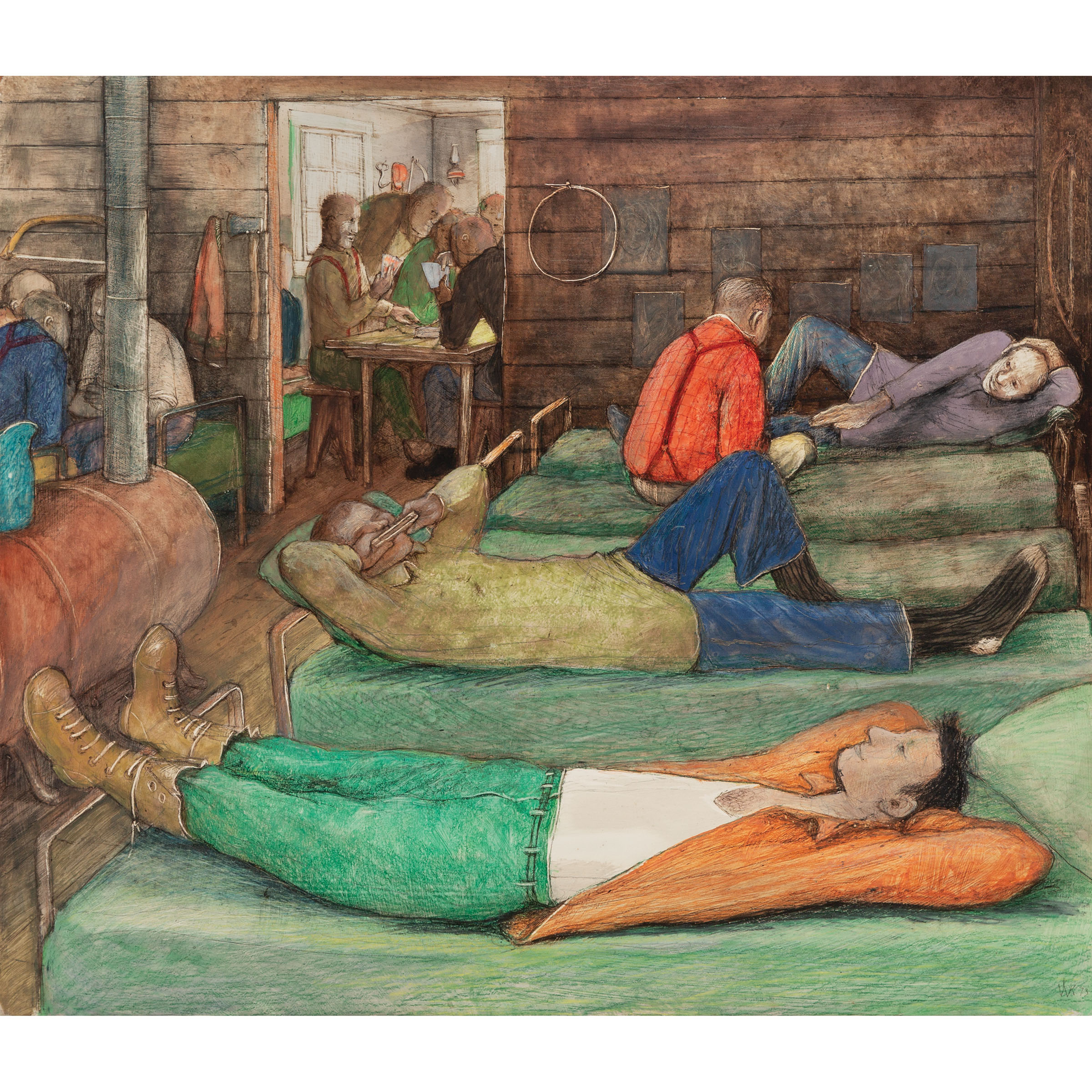 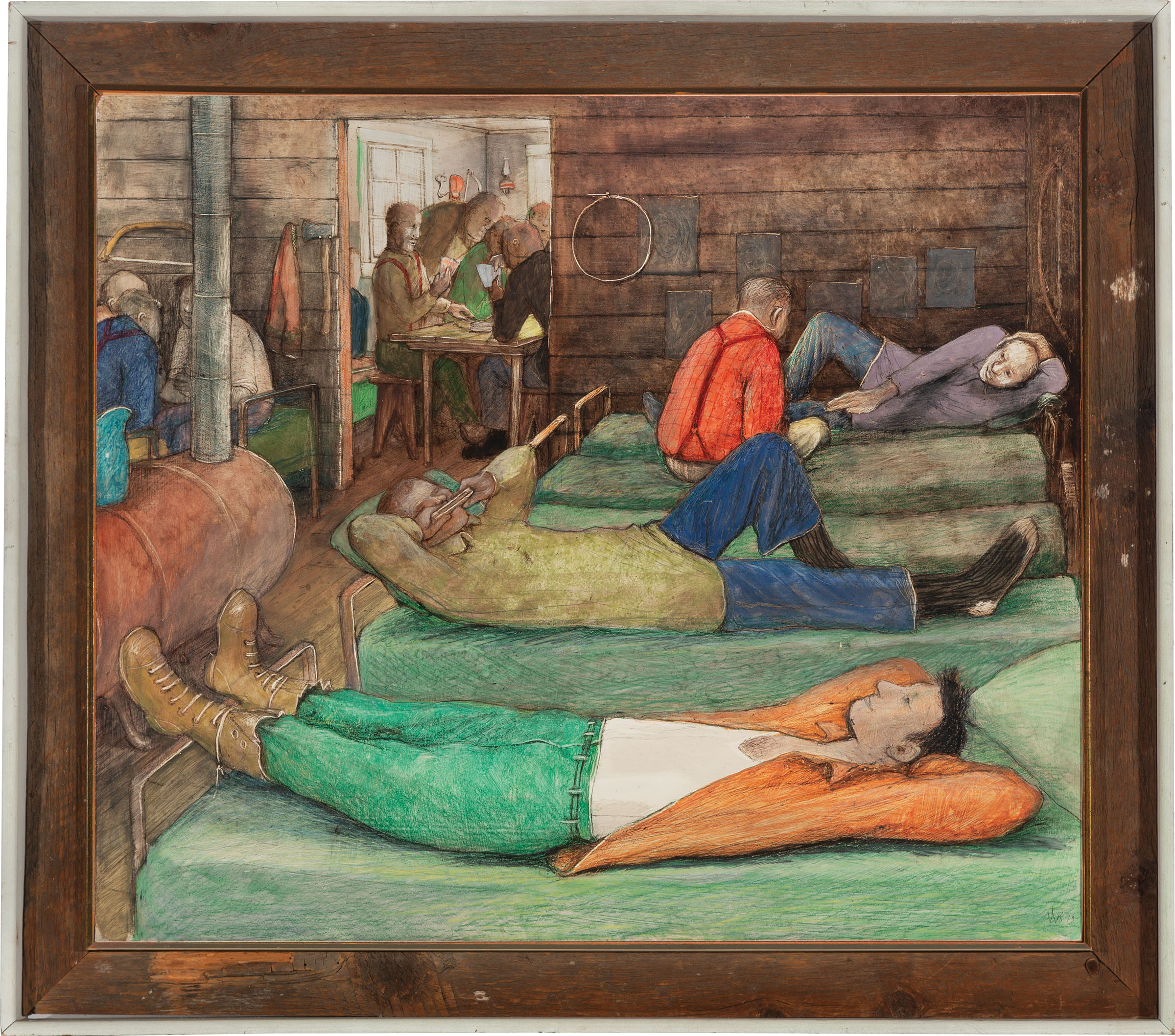 It is a rare thing when a painting is accompanied by an explanation written by the artist. It is rarer still when the explanation is candid, stripped of any pretense or self-aggrandizement. William Kurelek spent two periods felling trees in the woods of Northern Ontario and Quebec, the first during the summer at the age of 19 and the second for nearly a year at age 24. This painting is illustrated in Kurelek’s book Lumberjack, a visual and written account of his time spent in the bush.

The suite of paintings in Lumberjack are a documentation of a bygone way of life, as well as a paean to the dignity of hard work. Reading Kurelek’s images and texts is to learn about the many backbreaking travails of these bush warriors, from what they ate to the frustrations of stacking poplar logs.

No detail is too obscure for Kurelek, who echoes the particulars in word and image. In the accompanying text, we learn about Tony, possibly the figure in purple - a Polish lumberjack who shares his bunkhouse.1 We are told that the washy gray images tacked up to the wooden wall next to his bed are pinups, and that Tony was known to share bawdy tales of his exploits outside of the camp, which embarrassed the young Kurelek.

The paintings in the Lumberjack series are honest and unapologetically humble, a fusion of art and chronicle. Life was hard for these men, but amidst the toil were moments of respite, of joy and connection. Relaxation is one of those rare pauses. The viewer sees the men at cards, stretched out on their beds, swapping stories to the sound of a harmonica - and feels present inside the cabin, an effect heightened by the artist’s painted wooden frame. Kurelek’s image enchants, opening a window into a fragment of our nation’s history.