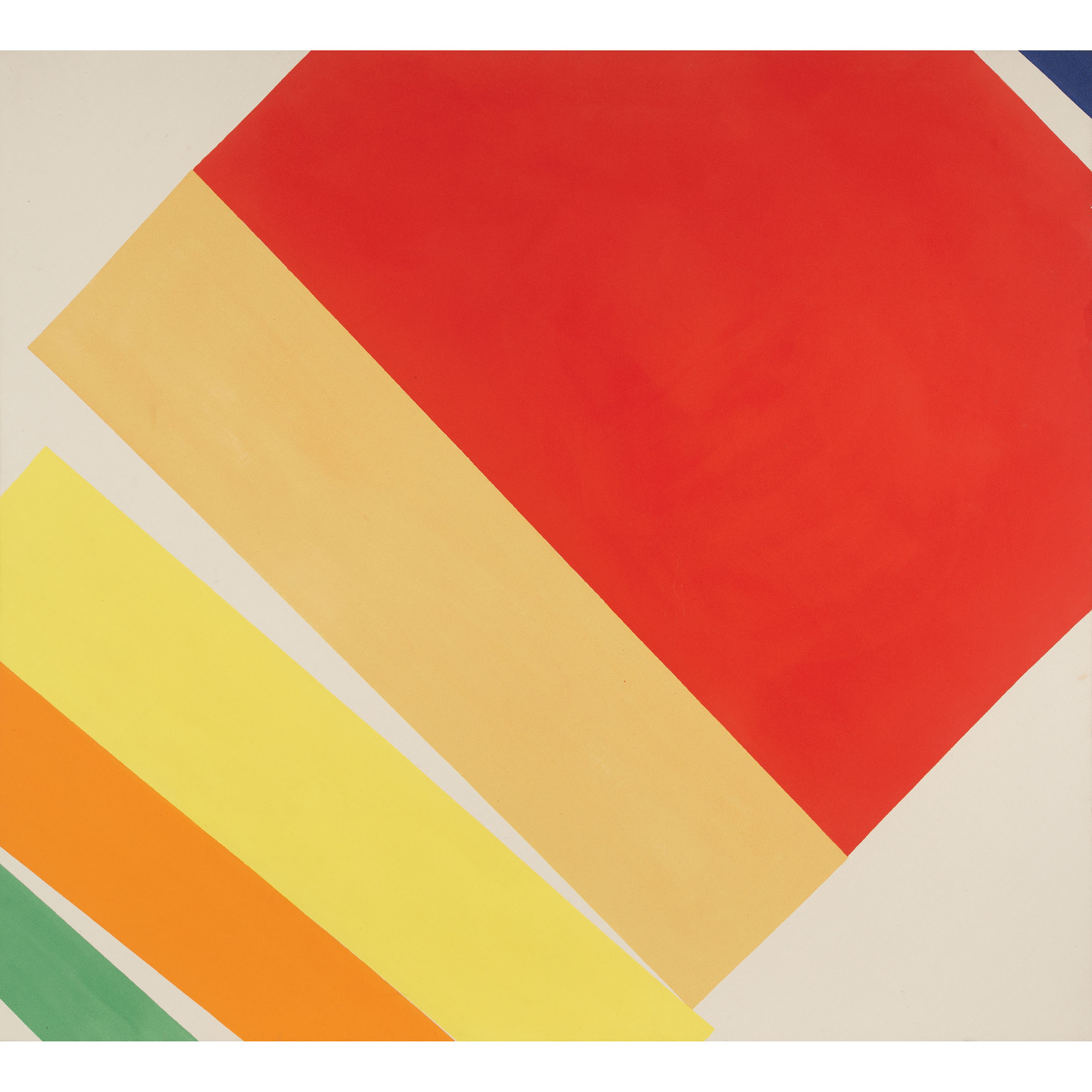 Following an early career that encompassed landscape painting, muralism, and abstract expressionism, William Perehudoff established his reputation with his turn to pure, non-figurative abstraction during the 1960s. The summer artists’ workshops held in Saskatchewan at Emma Lake at this time had a significant impact on Perehudoff, and the paintings he produced during and after this period can be seen as a direct result of the relationships he made there. Introductions to Clement Greenberg and Kenneth Noland were particularly influential, and developed into enduring friendships. This work, made the year following the 1968 workshop hosted by Donald Judd, could have been inspired by that artist’s structural minimalism. The remainder of Perehudoff’s career would focus on stripping painting down to the essentials of colour, form, and surface.

Using a vocabulary of geometric abstraction on flat ground, Nanai No. 4 is an accomplished example of his work from this formative time. Rendered at massive scale, sweeping blocks tilt across the neutral field. Looming warm tones dominate, bracketed at the corners by cooler blues and greens. Confidently executed and pulsing with bold hues, this is an exceptional example of Perehudoff at a pivotal moment in his development as a colourist.