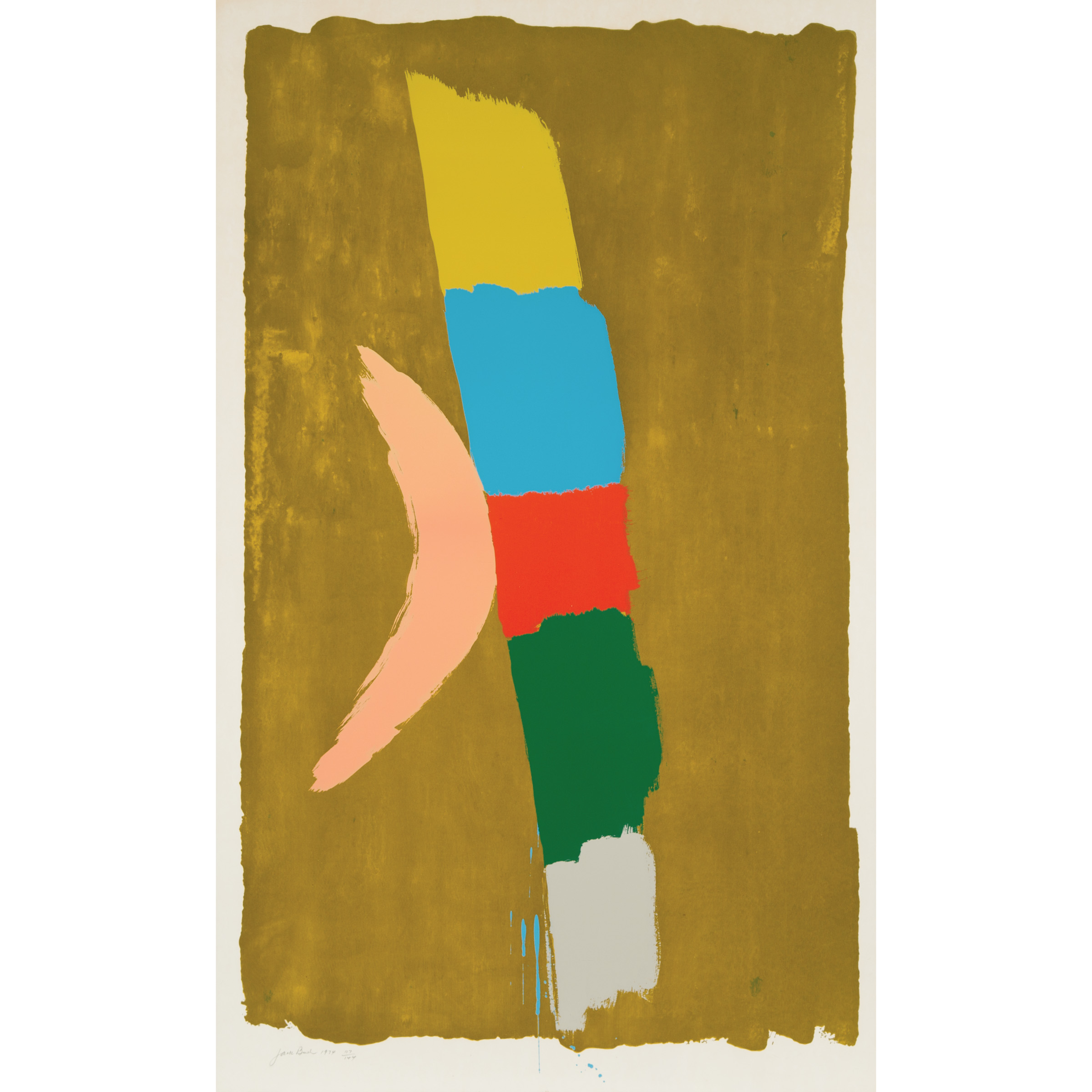 In 1953 Jack Bush (1909-1977) and associates formed Painters 11 as a mechanism to promote exhibitions exclusively dedicated to abstract art. Throughout the late 1950s and into 1962 the art of Bush and P11 could be characterized as a generation of Abstract Expressionists raised in a particularly Canadian context, insulated from post-war international influence and allowed to develop within the individual milieus of Toronto and Montreal. After a visit to New York and an introduction to Clement Greenberg, Bush’s abstraction matured with nuanced application of vivid colours and streamlined, all-over composition.

Lincoln Centre comes at a time where Bush was producing his most personal works, synthesizing floating blocks of contrasting colour with the deliberate lyricism characteristic in his paintings of the late 60s. Large, simple forms are eliminated of superfluous detail and becoming exuberantly self-declarative. This was often achieved as can be seen here: a near-primary colour palette is executed over muted, neutral open fields, foreground made distinct from background. The expected colour rhythms of a yellow-blue-red chord is quickly agitated by the addition of forest green and a cool neutral grey. The sweeping slabs are confidently thrust forward by a dominant peach-coloured wing that is hinged to the side, and the bold colours become a totem in motion. Splashed blue is slashed into the lower margin, further suggesting that the colour is barely contained by the tan backdrop, and providing a shock of energy within the constraints of printmaking. Orchestrated with confident and lyric gesture, this is an exceptional example of why Bush remains one of Canada’s foremost modernists.