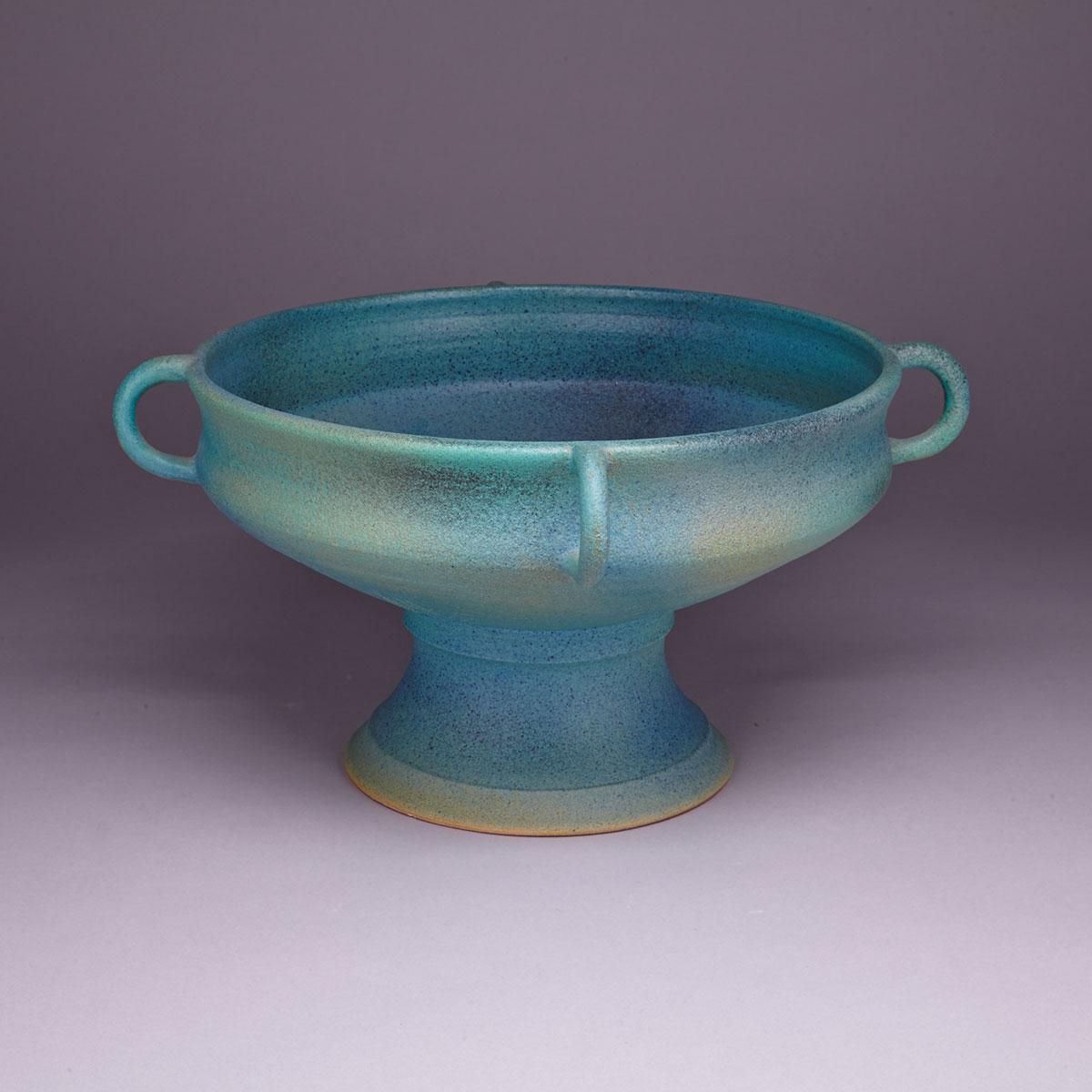 “Clay is such a facile medium. Its potentialities are so numerous that I cannot resist trying new techniques, investigating different forms, textures, glazes. I ﬁnd it the perfect medium for my creative expression”.

Don Wells received his Bachelor of Arts in drama from the University of Alberta in 1964. He worked for ten years with CBC Television in Toronto and Edmonton before deciding to make pottery his full-time profession. Wells attended classes at the University of Alberta Extension in visual arts, pottery and painting in the 1970’s, as well as at the Banff Center, studying under Gerda and Kurt Spurey, Claude Vermet, and Jim Romberg. Wells set up his own studio in High River, Alberta in 1980, where he has produced fine pottery, ceramic and bronze sculptures and murals. Throughout his career, Wells has attended workshops led by well-known ceramicists including Les Manning, Harlan House, and Robin Hopper. He has also taught workshops and classes throughout Canada and in Greece, covering all aspects of working with clay, including clay sculpture techniques, stoneware slip and glaze decorations.

Wells’ works are included in prominent international collections, and he has participated in both solo and group exhibitions since 1976 throughout Canada, as well as in the United States, Germany, Greece and Taiwan. The Gardiner Museum of Ceramic Art held a solo show of his porcelain vessels, Ultramarine, in 1992. Wells has been a member of the Alberta Potters Association since 1972, serving as President from 1978 to 1980, as well as a member of the Alberta Crafts Council, where he acted as Treasurer from 1994 to 1996. He has recently returned to painting, his preferred medium before discovering clay. Wells lives in High Deer, Alberta.