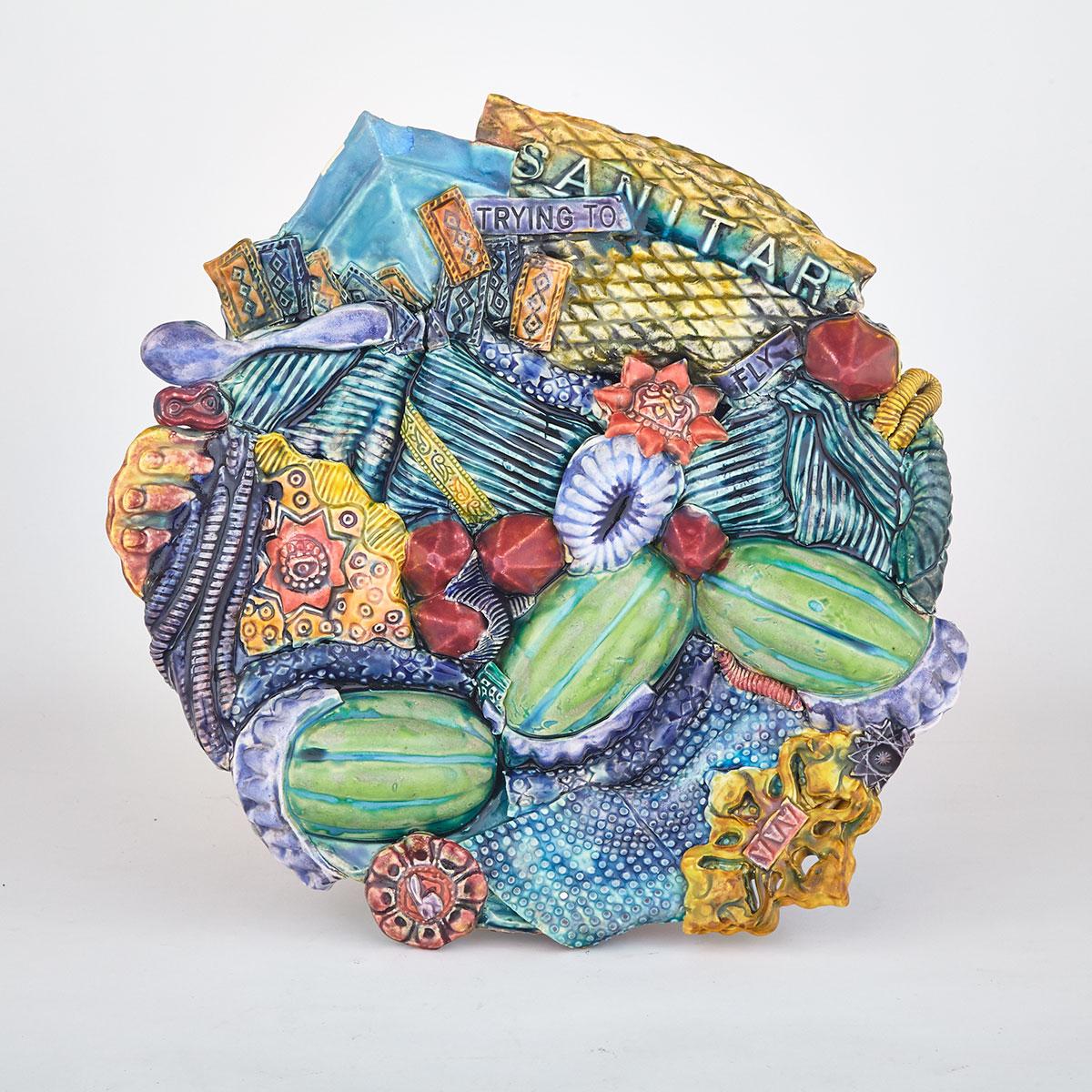 “My current work examines and comments upon our culture of acquisition, accumulation and display. The consequences of this strong compulsion to acquire, accumulate and hoard are now all too evident in the world we see around us. The history of production ceramics is crowded with romanticized or idealized human figurines and anthropomorphized animals made specifically for the everyday collector and the connoisseur. Ceramic mementoes adorn countless fireplace mantles, china cabinets, display shelves and store windows. Often these objects carry surprisingly strong emotive meanings and associations. There seems to be a human need to harden and parcel out this emotional value, usually referencing lost innocence or nostalgic longing.”

Toronto-native Wendy Walgate graduated from the University of Manitoba in Winnipeg with a B.A. in Printmaking and Ceramics, and received her diploma in Ceramics at George Brown College in Toronto in 1986. She went on to obtain her M.A. in History of Art from University of Toronto and M.F.A. from Cranbrook Academy of Art in 1994. Walgate was awarded the Artists’ Residency Scholarship in 1995 while resident at the Harbroufront Crafts Studios. She served as Vice-President and President of the Ontario Crafts Council from 2001 to 2005. In 2005, Walgate was awarded membership in the Royal Canadian Society of Artists.

Walgate has participated in numerous solo and group exhibitions across North America, in Korea, Dubai and Belgium. Her work has recently been featured in British Vogue and the design book Fragiles which was sponsored by Die Gestalten in Berlin. She has worked as an instructor and a lecturer at Ontario College of Art & Design, Concordia University, Nova Scotia School of Art & Design and Sheridan College. In 2009, Walgate lectured about her work at the Cheongju International Craft Biennale and was invited to exhibit at Adventures in Fire, Invitational World Contemporary Masters Ceramics Exhibition in Icheon, Korea.

Walgate’s current work examines and comments upon our culture of acquisition, accumulation and display although the collections initially appear to be light-hearted and even whimsical. Walgate works full-time at her studio in the historical distillery district of Toronto.