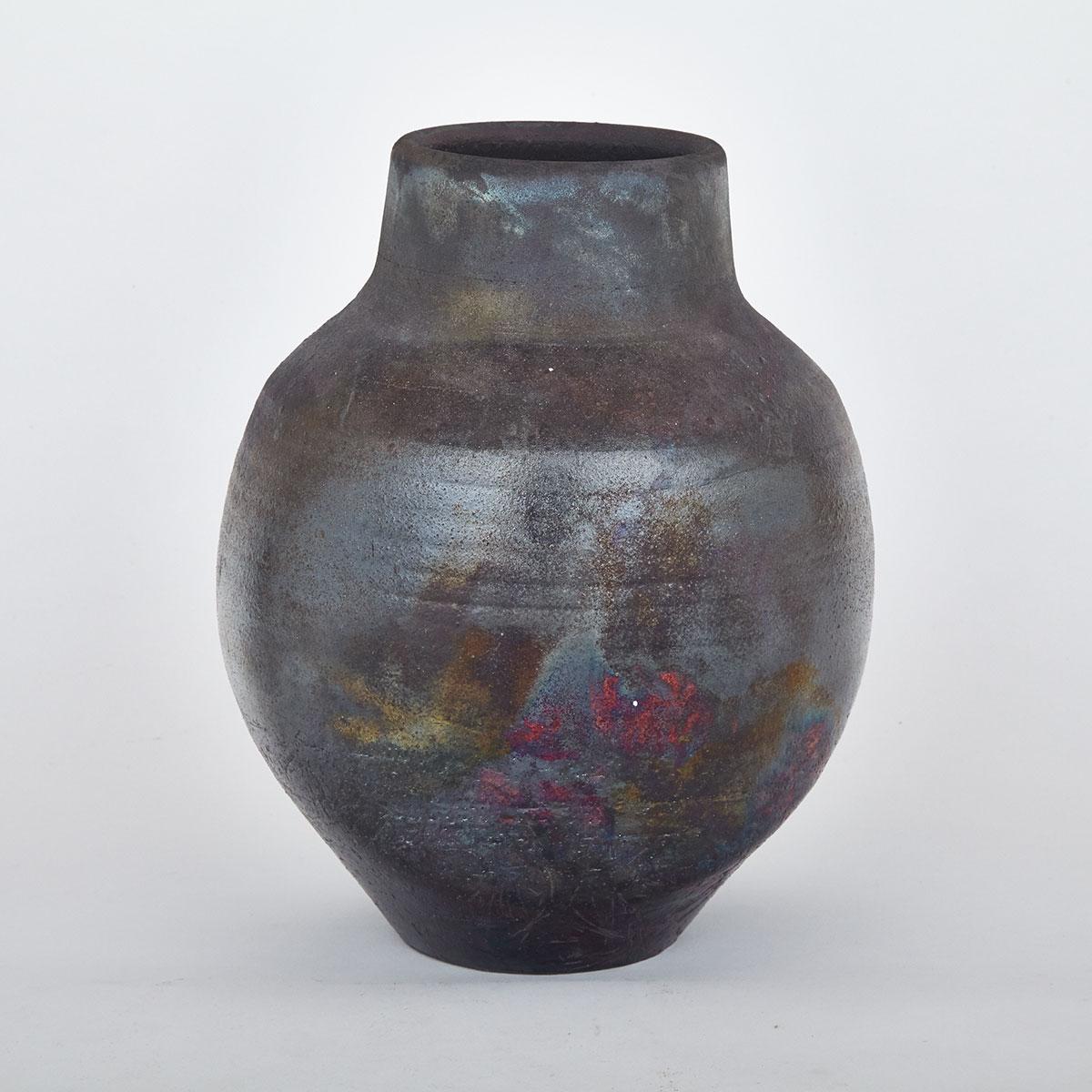 Leta Cormier grew up in the Bay of Fundy area of Nova Scotia. She was educated in Early Childhood Education and taught kindergarten for five years before she was offered the opportunity by the Halifax board of Education. The board was dedicated to strengthen its visual arts program at the elementary school level. She and her husband, Don, soon afterwards moved to Ottawa from 1972 to 1973, and then to Vancouver. As there were no teaching positions available in Vancouver, Leta was able rekindle her passion for clay. She studied at the Vancouver School of Art and Douglas College, being instructed and mentored by Fred Owen, Walter Dexter and Wayne Ngan.
The Cormiers returned to Ottawa, where Leta set up a studio in the home basement. She started to make fake fired work, one of the first in Ontario. to study at the Nova Scotia College of Art, Vancouver School of Art and Douglas College. She and her husband, Don, eventually settled in Ottawa and were amongst the first members of the Ottawa Guild of Potters in 1975.

Cormier has served as President of the Ontario Potters Association (Fusion) and the Ontario Crafts Council, a member of the board of Directors of the Canadian Craft Council, the Council for the Arts Ottawa, and the founding program committees and boards of Directors of Arts Court and the Ottawa Art Gallery.