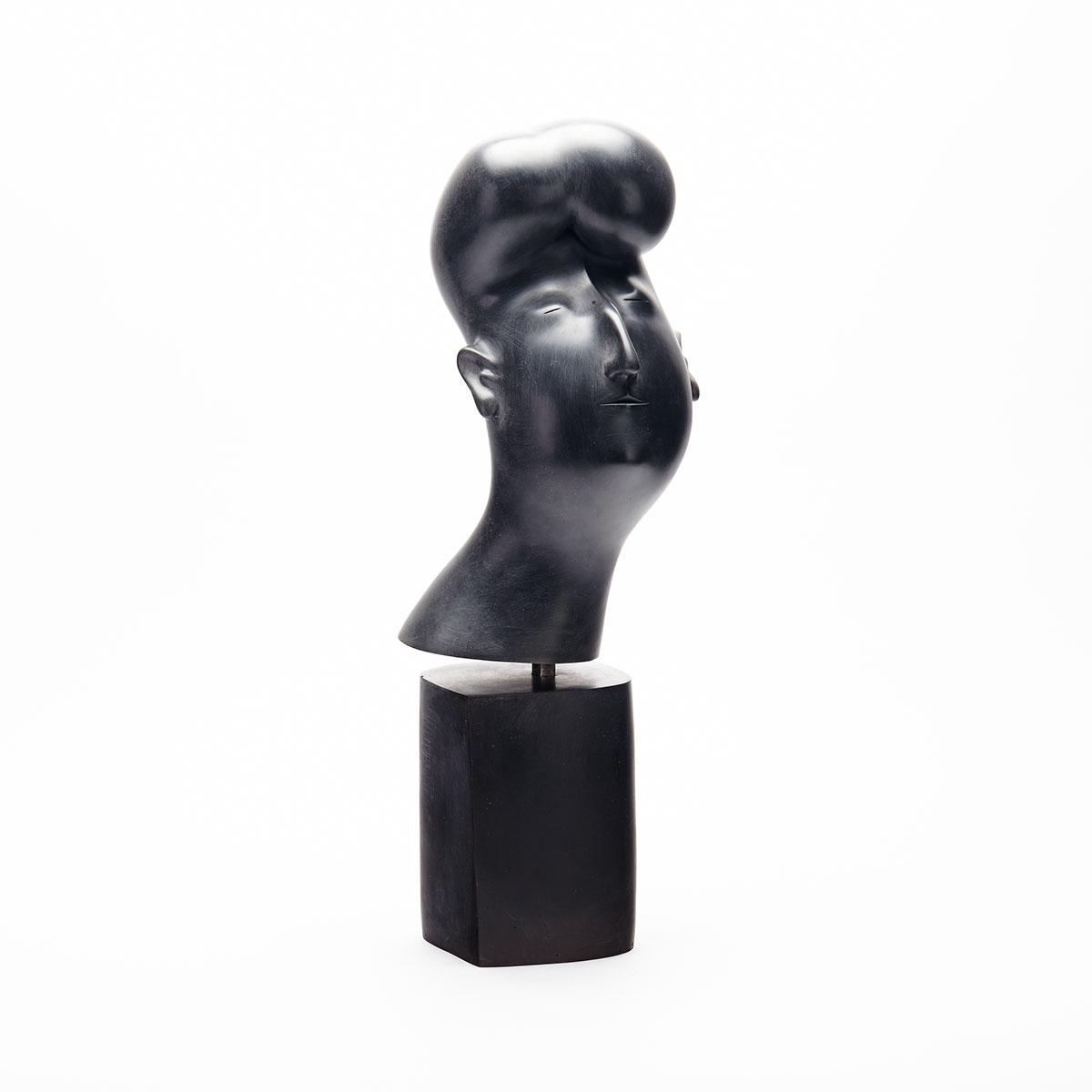 John Ivor Smith was born in London, England, in 1927, and came to Montreal, Quebec, at the age of 13, during the evacuation of children from London during the Second World War blitz. Smith completed his Bachelor of Science in Physics at McGill University in 1948 and went on to work for the Northern Electric Company, making ad films. He took evening classes at the Montreal Museum of Fine Arts, studying under Jacques de Tonnancour, Eldon Grier and Arthur Lismer. His focus was primarily on sculpture, most of his first works being done in wood. In 1955, Smith was awarded a Canada Council Junior Fellowship to work and study new and ancient techniques of casting in Italy.

The emergence of new plastics and resins during the 1950’s and 60’s led Smith to experiment with industrial extruders and reinforced polyester resin exteriors, which he applied to his works. Two of his immense standing figures, Standing Female Torso and Winged Figure, with welded steel substructures and reinforced polyester resin exteriors, were displayed at Montreal’s Expo 67; both works showing the superb craftsmanship and irrepressible humor of Smith. Many other major works followed, including Head (1950); Torso with Horse (1963); Sleeping Family (1963); Patrician Head (1964).

Smith was hired in 1966 as the first sculpture teacher at Concordia University, where he became Associate Professor of Fine Arts and head of the Sculpture Department until 1982. He moved to Duncan, BC in 1990, and died in Victoria, BC, in 2004.