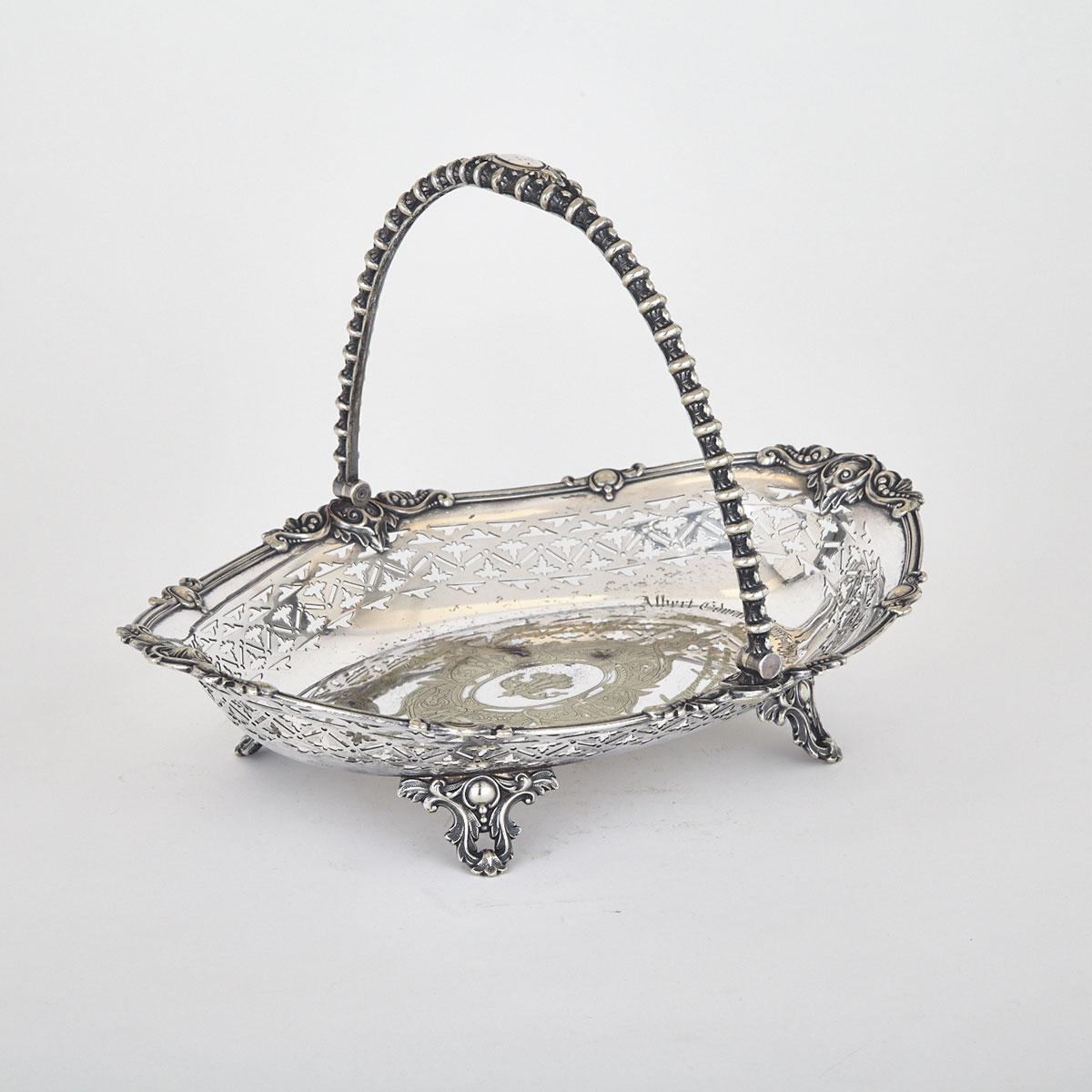 with pierced sides and moulded rim and swing handle on four feet, engraved on the centre with the Prince of Wales’s badge and motto ‘ICH DIEN’ and a testimonial inscription to John Harvie
length 12.7" — 32.3 cm.

Inscription reads:
Albert Edward, Prince of Wales / TO / JOHN HARVIE / In testimony of his services in charge of the Special Train / on the occasion of the visit of His Royal Highness to Collingwood. / Northern Railway of Canada. Tenth of September 1860. / Fred W. Cumberland, Managing Director / J Lewis Grant, Superintendent

Dictionary of Canadian Biography
"Early in 1853 Harvie joined the Ontario, Simcoe and Huron Union Rail-road (later the Northern) as a freight conductor. When, on 16 May 1853, the American conductor engaged to take the railway’s first passenger train from Toronto to Machell’s Corners (Aurora) failed to appear, superintendent Alfred Brunel* put Harvie in charge. (This steam train was also the first to operate in Upper Canada.) Harvie continued as a conductor. The high point of his conducting career undoubtedly came on 11 Sept. 1860, when he ran the Prince of Wales’s special train on an outing to Georgian Bay. In return he received an inscribed silver basket, which remains in family hands.”