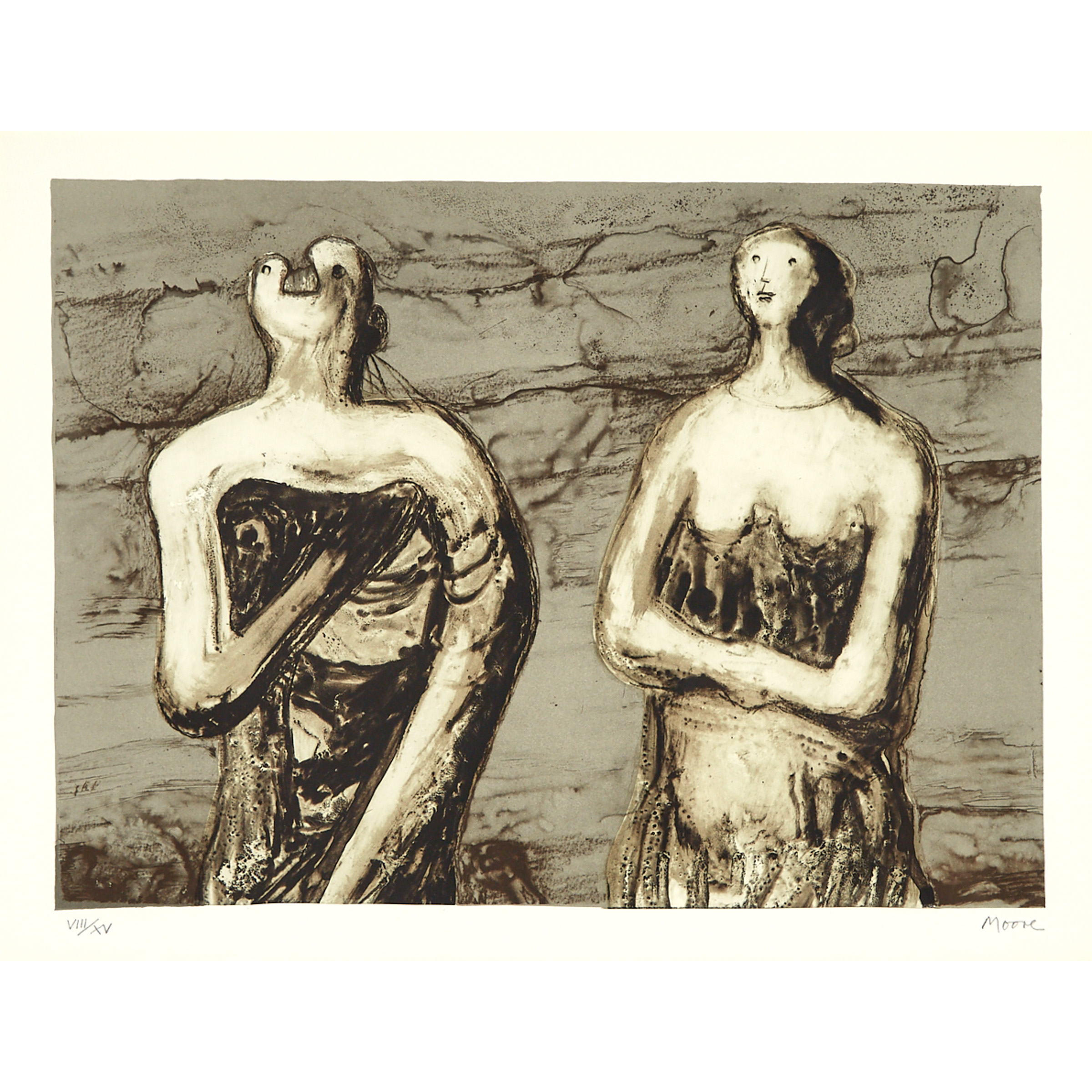 British artist Henry Moore was a dedicated observer of the human form and his reclining nudes have made his work instantly recognizable and internationally admired. Another formative influence, which is perhaps less well-known, was Moore’s fascination with Egyptian, Mexican and African sculpture. These are prevalent influences in his three-quarter figures that he explored as early as the 1950s. In both Man and Woman, Three Quarter Figures and Four Figures Standing, lot 47, the rounded forms blend the genres of abstraction and representation. These prints express an ambiguity of distorted human bodies, displaying their inner vitality.