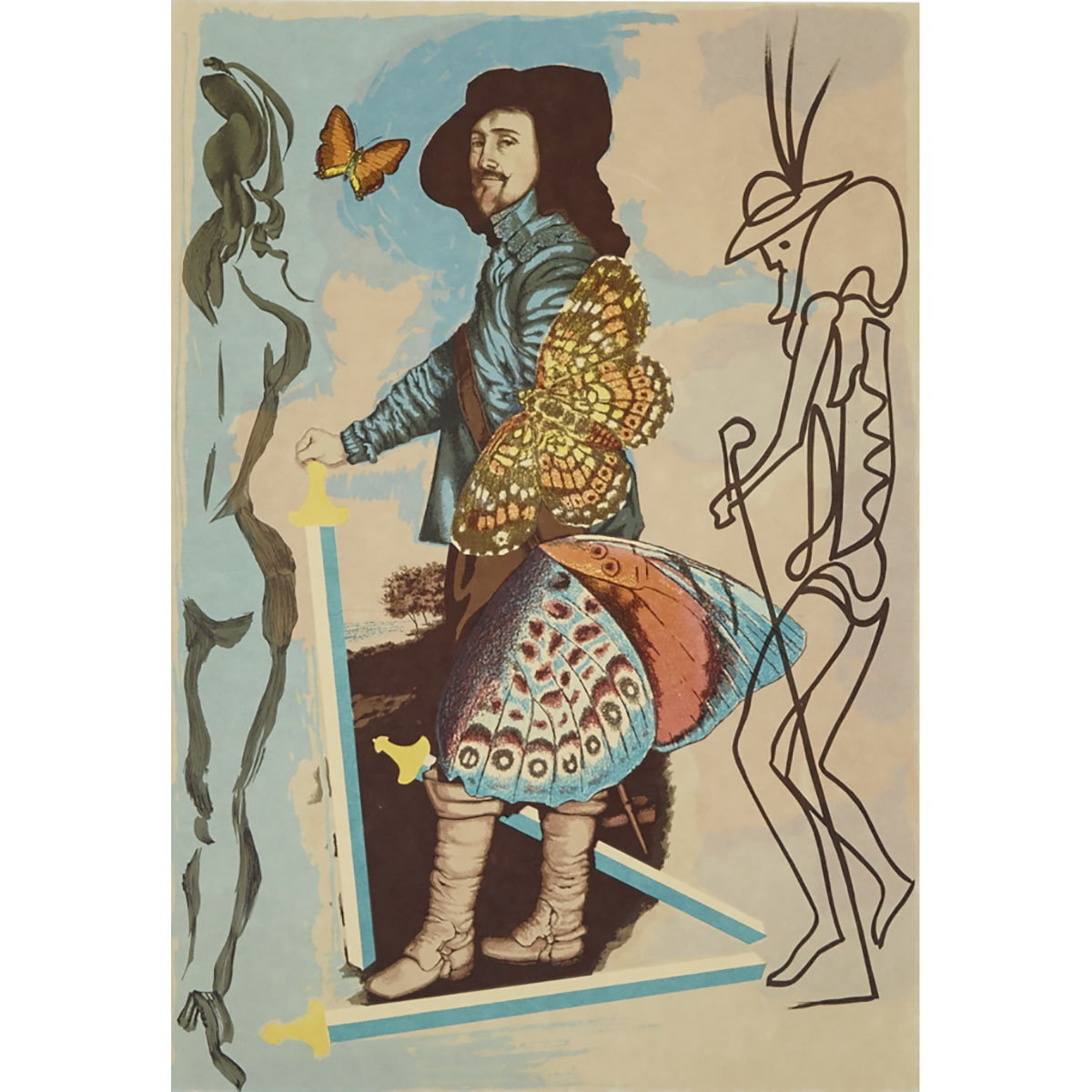 As the title aptly indicates, the themes running through Salvador Dalí’s Papillons Anciennes lay bare the many levels that celebrate not only the craftsmanship of the printing process, but in equal measure their deep association within the larger art historical canon.

Firstly, the presence of butterflies – their majesty, as beautiful creatures, whose highly decorated wings and forms are strategically placed within each print’s composition; forming part of clothing or key players in their own right as the scene plays out.

The second half of the title, “Anciennes” is equally enticing with its many associative levels; in Greek culture, for instance, butterflies symbolize the human soul, Papillons Anciennes, rendered with Old Master characteristics, further supported by their Old World titles such as Courtier and Courtesan – their visual appearance linking back to such times. The Courtier for example is depicted in full 17th century garb, while the Courtesan, a delicate creature with a medieval castle, floating above her with accompanying suits. Botticellian and Rubenesque beauties in Renaissance, cover their modesty by being enveloped in butterfly wings, even taking on a scalloped shell shape. In the Italian tarot card tradition, suits are often represented by swords, coins, batons and cups. Tarot cards, a European card game dating back to the 15th century, bring together Dalí’s homage to the Medieval world with this series. True to Dalí’s hybrid beings brought under the control of the Surrealist lens - make these prints even more engaging and visually stimulating - a blend of the old with the novelty of Surrealism.

Albert Field, The Official Catalog of the Graphic Works of Salvador Dali,1996