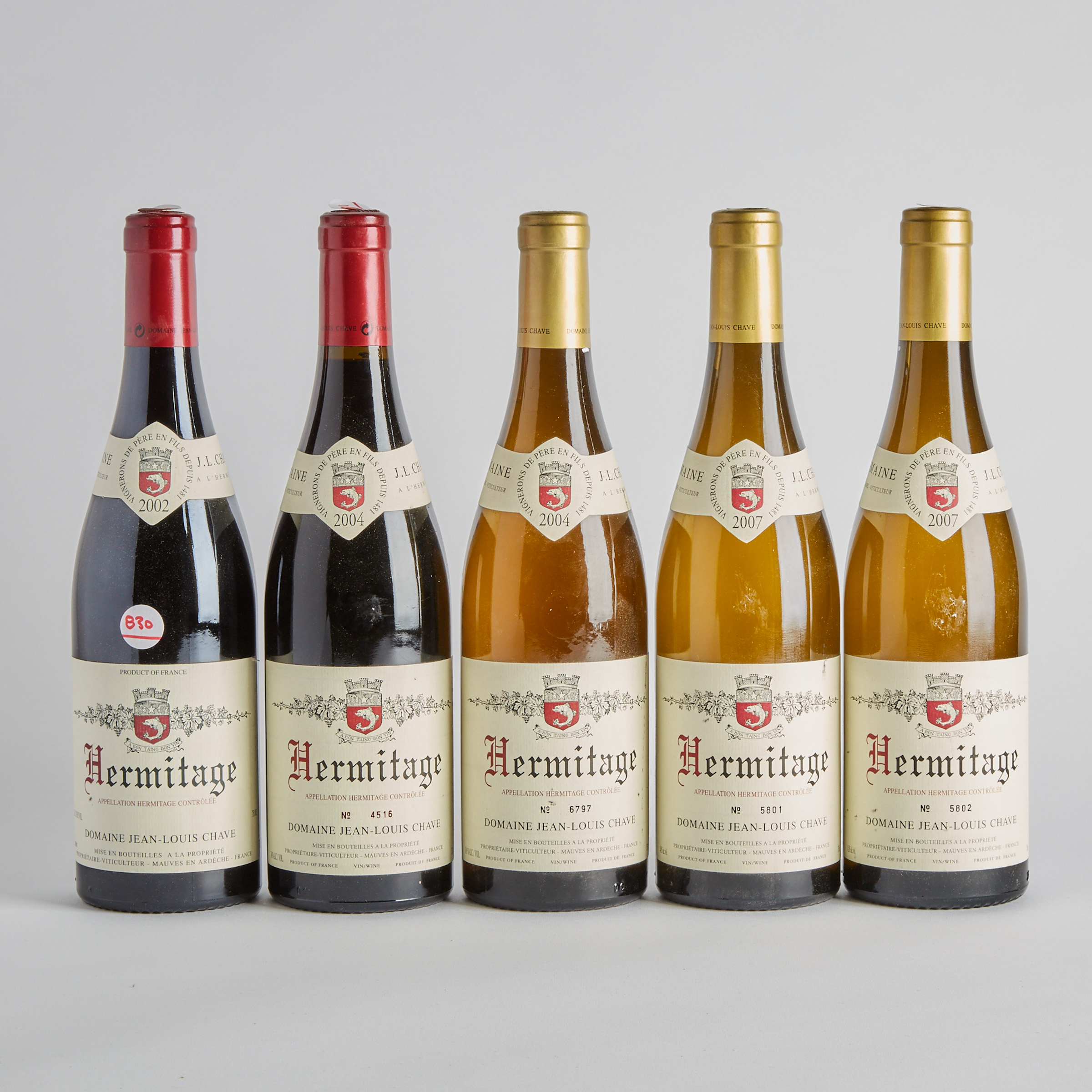 The 2004 red Hermitage, which was given a much longer time in barrel and small foudre than normal because the Chaves determined the tannins and the acids needed a longer time to integrate, is a beauty. The wine exhibits a dense ruby/purple color, a big, sweet nose of creme de cassis, black cherry, licorice, pepper, and a hint of olive paste. It is a full-bodied wine that tastes atypical for this vintage with its beautifully integrated acidity and sweet tannin. The wine is structured, more masculine and backward than the over-the-top, full-throttle 2003. Readers could probably think of it as an improved, modern-day version of the 1988 or 1998. April 2007 Drink: 2011-2031 WA 94

The 2004 Hermitage blanc, which hit 15% natural alcohol, is another superb effort, continuing a succession of totally profound white Hermitages from 2003, 2004, and 2005. As many readers know, this small family producer has been making wine in Hermitage since 1481! The 2004 (about 1000 cases) reveals a light gold color, terrific finesse and elegance in spite of its enormous power, unctuosity, and richness. Of course, it is not as honeyed as the otherworldly 2003 (which hit 16% natural alcohol) but it is an amazingly full-bodied, powerful wine with pervasive honeysuckle, peach liqueur, and nectarine notes intermixed with licorice, quince, and acacia flowers. This is gorgeous wine which should evolve for 20-25 years. April 2007 WA 95

The exuberant 2007 Hermitage Blanc reveals notes of petroleum, crushed rocks, earth, white currants and peaches, an unctuous texture, high glycerin and good acidity. This big, thick white Hermitage will not be as long lived as the 2009, but for drinking over the next two decades, it is impossible to resist. Jean-Louis and Gerard Chave opened a bottle of the 2003 Hermitage Blanc to give me an idea of how this vintage is aging. This monumental offering, which flirts with perfection, has virtually no acidity and is aging beautifully. The Chaves believe it is a repeat of what Gerard’s father made in 1929. February 2011 WA 95