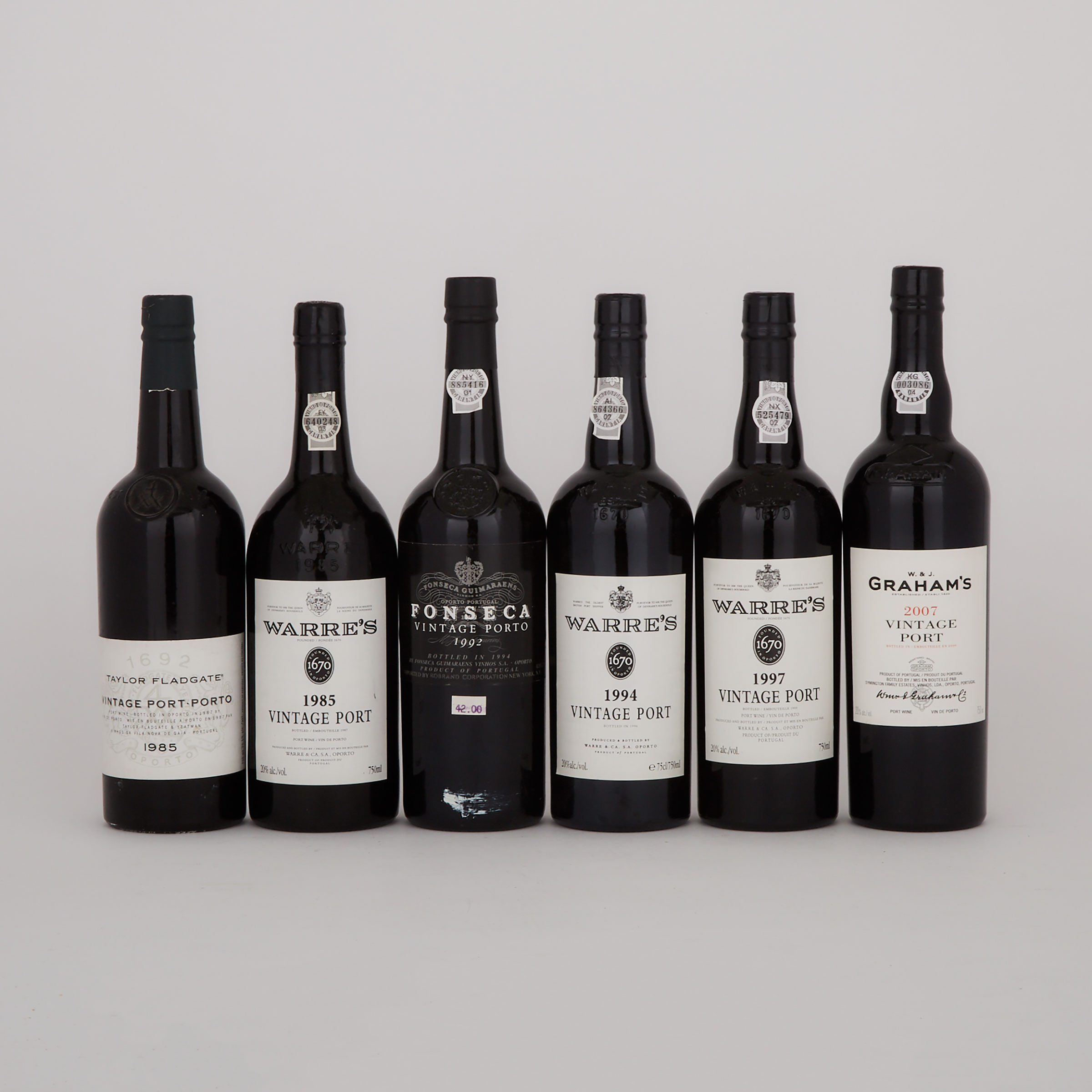 Fonseca has scored in both the 1991 and 1992 vintages. The 1992 is a majestic young port that should ultimately rival, perhaps even surpass this house's most recent great efforts (1985, 1977, 1970, 1963). This colossal vintage port reveals a nearly opaque black/purple color, and an explosive nose of jammy black fruits, licorice, chocolate, and spices. Extremely full-bodied and unctuously-textured, this multi-layered, enormously-endowed port reveals a finish that lasts for over a minute. It is a magnificent port that will age well for 30-40 years. February 1995 WA 97