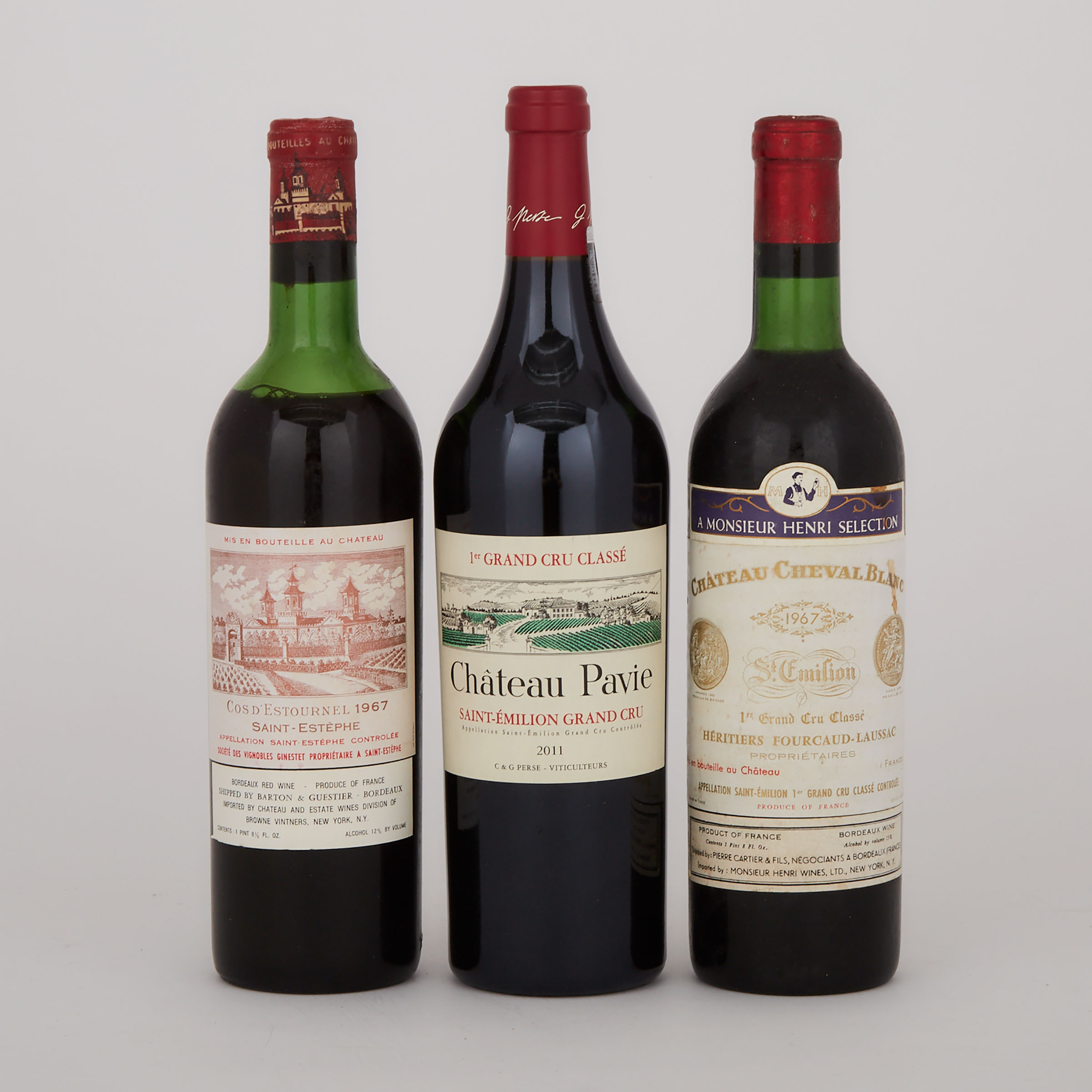 The 2011 Pavie is composed of 70% Merlot, 20% Cabernet Franc and 10% Cabernet Sauvignon (14.3% alcohol). It possesses a certain approachability, which is somewhat disarming for the big, robust, super-concentrated and ageworthy style Pavie has favored since 1998. The opaque purple-hued, full-bodied 2011 offers a sweet kiss of kirsch, blackberry, cassis and licorice, but no evidence of toasty oak despite the fact it is bottled about six months after most other premier grand cru classes in St.-Emilion. One of the most complete wines of the vintage, this superstar possesses gorgeous texture and opulence, and can be drunk in 3-4 years, or cellared for two decades. April 2014 WS 95 WA 95+