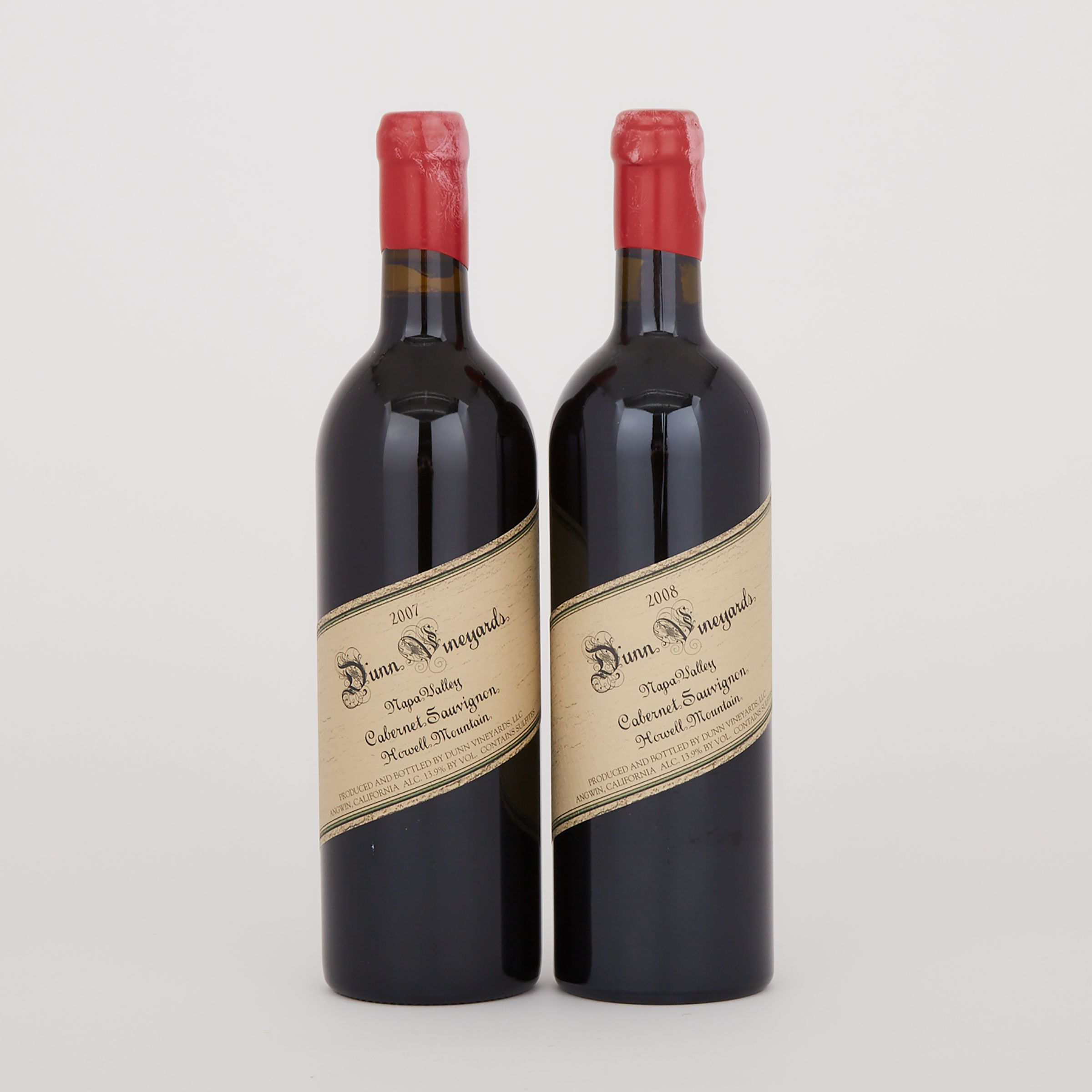 The 2007 Cabernet Sauvignon Howell Mountain is unlike any wine I have ever tasted from Dunn. Layer after layer of flavor saturates the palate in this opulent, full-throttle Cabernet Sauvignon. The 2007 possesses dazzling textural richness, depth and sheer intensity. Purists may prefer more structured vintages, but for a producer known for such slow maturing wines, the 2007 is a huge pleasure to taste today. Anticipated maturity: 2017-2037 WA 97

The 2008 Cabernet Sauvignon Howell Mountain takes things to another level, as hard as it may seem to believe. This was another difficult vintage for Dunn. Yields were down a full 50%. In exchange, nature rewarded Dunn with the fruit to make an epic wine that could very well turn out to be a modern-day legend. The 2008 is a huge, towering wine packed with dark fruit, licorice, tar, asphalt and licorice. Layers of perfume are woven throughout this majestic effort. The 2008 should only be purchased by the very patient, but it is a legendary wine in the making. Anticipated maturity: 2028-2043. December 2011 WA 98+