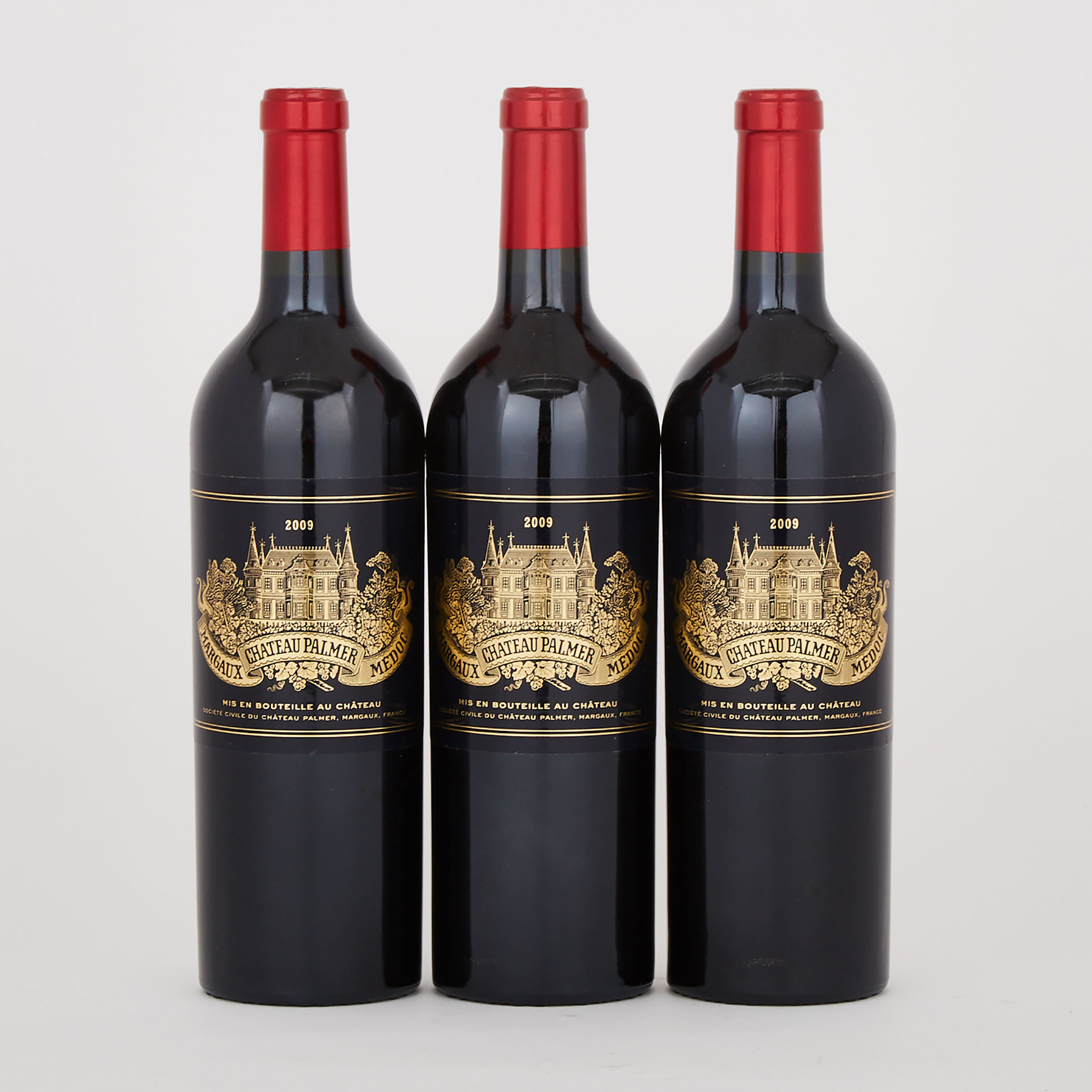 One of the all-time great Palmers (along with the 1961, 1966, 1970, 1989, 2000 and 2005), the 2009 Palmer is a blend of 52% Merlot, 41% Cabernet Sauvignon and a whopping 7% Petit Verdot that came in at close to 14% natural alcohol. An opaque blue/black color suggests a wine with thrilling levels of concentration and intensity, and That's exactly what a taster gets. Subtle smoke, incense and Asian spice (soy?) notes interwoven with graphite, blueberry, blackberry and cassis characteristics lead to a full-bodied, phenomenally concentrated, viscous, opulent wine with plenty of sweet tannin. This sensational Palmer reveals even more floral notes than vintages such as 2005 and 2000. It should drink well for 50 years. December 2011 Drink: 2012-2060 WA 97