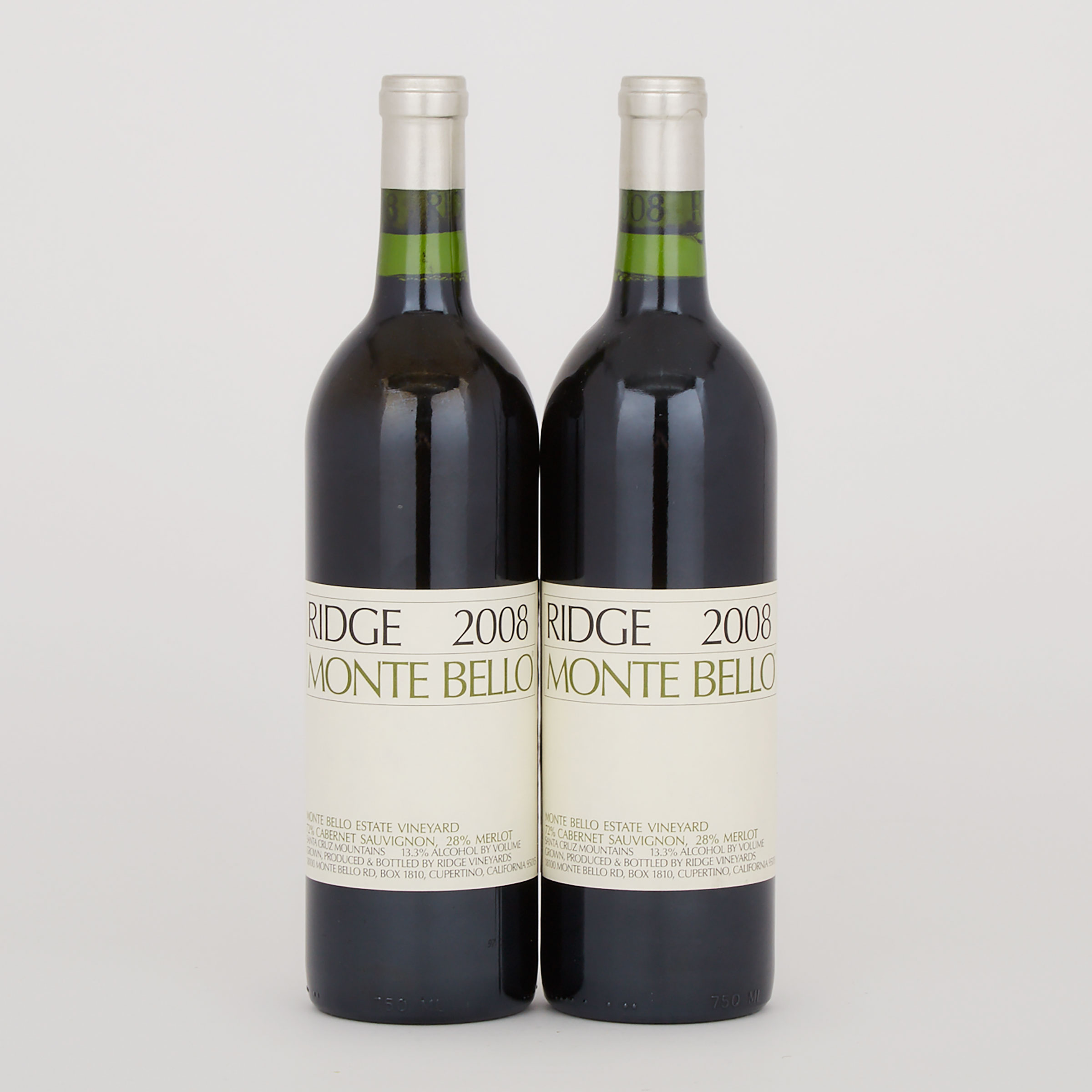 The 2008 Monte Bello is marked by the drought vintage, which not only made a more concentrated crop but also deprived the blend of all supporting varieties, as only Cabernet Sauvignon and Merlot handled the dry conditions sufficiently gracefully to make the final cut. At age ten, this muscular Monte Bello is finally beginning to unwind, offering up rich aromas of black cherry, cassis, dried mountain laurel, loamy soil and burning embers. On the palate, it's full-bodied, expansive and powerful, its generous, sweetly fruited attack giving way to a taut, firm mid-palate that doesn't show as much finesse as the 2010 or 2012, concluding with a long, stony finish. Baugher observes that in its youth, the 2008 was "monolithic and more angular—a mouthful of tannin." A decade later, it's beginning to soften, but it still requires another 5 or 6 years of bottle age. May 2018 Drink: 2023-2043 WA 95+